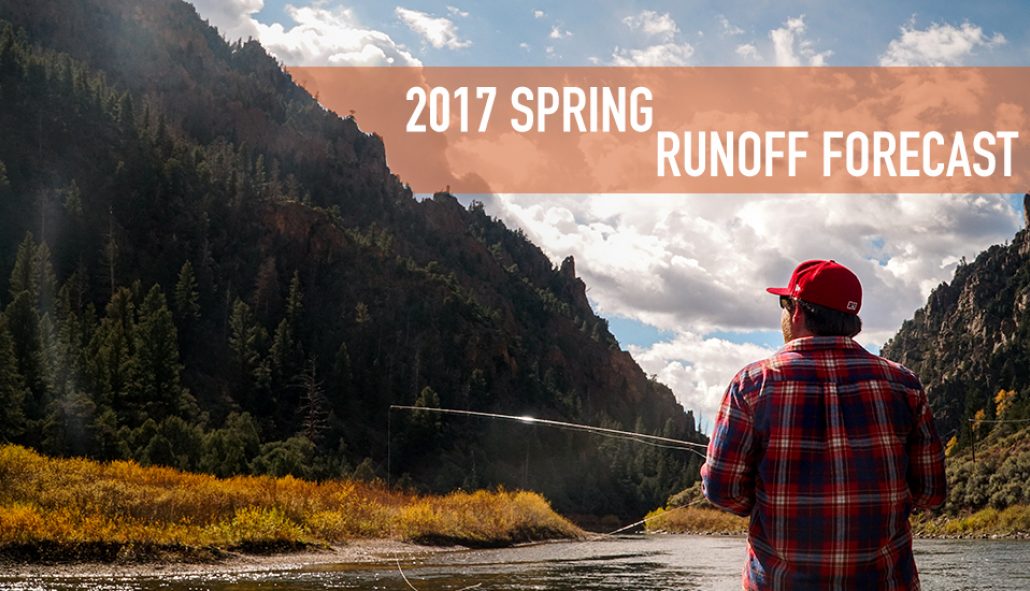 Record high temperatures in February and March, followed average to above average precipitation in April and early May has produced one of the most variable winter/spring seasons I’ve experienced in Colorado. But to get the full snowpack picture, we must go back to December and particularly January when we had record snowfall peaking at roughly 200% of average. This bountiful snow saved our asses in February and March, and we’ve been so fortunate to receive the precipitation in the not so recent past. It always seems that warm weather towards the end of winter, translates to cooler and wetter springs. I’m not going to hang my hat on this prediction, but it’s held true for a number of past winter/springs so let’s just call it an observation. Regardless, the one truth that seems to have carried over year after year is you can’t predict our summer water supply by looking at monthly averages alone, and just because we’re down, or up for a month or two means little when looking at a full winter picture.

But on to the good stuff, what is our 2017 spring runoff going to entail? I spent the other day up at our Frisco location, and all I can say is that winter isn’t releasing its seasonal grip just yet. Temperatures peaked in the upper 40’s, and we saw rain all day with it transitioning to snow when I departed at 4pm. In short, we haven’t even begun runoff yet. True some rivers like the Colorado are starting to show signs of unfishable conditions, but the fishing remains strong. We had a guide boat on the Colorado River on Tuesday, and with visibility of 6” – 12” they were able boat a number of nice fish. Other tributary streams are at very fishable levels, and the fish have been eating aggressively knowing full well what is about the hit them.

The USDA released the most recent SNOTEL Snow Water Equivalent (SWE) Update Map, and the picture it paints is both relieving and exciting. With a state-wide snowpack at 100%, we are sitting on a good surplus of water still waiting to come down. What I like to call “Valley Melt” (that snow under 10,000’), has all but melted by this point in the season, but a abundant snowpack still exists at higher elevations. Once we begin to see valley temperatures in the 70’s, we will begin to see this higher elevation water begin to melt off. I’m hopeful that we will start to see this trend in the coming week(s), but only time and Mother Nature will tell. 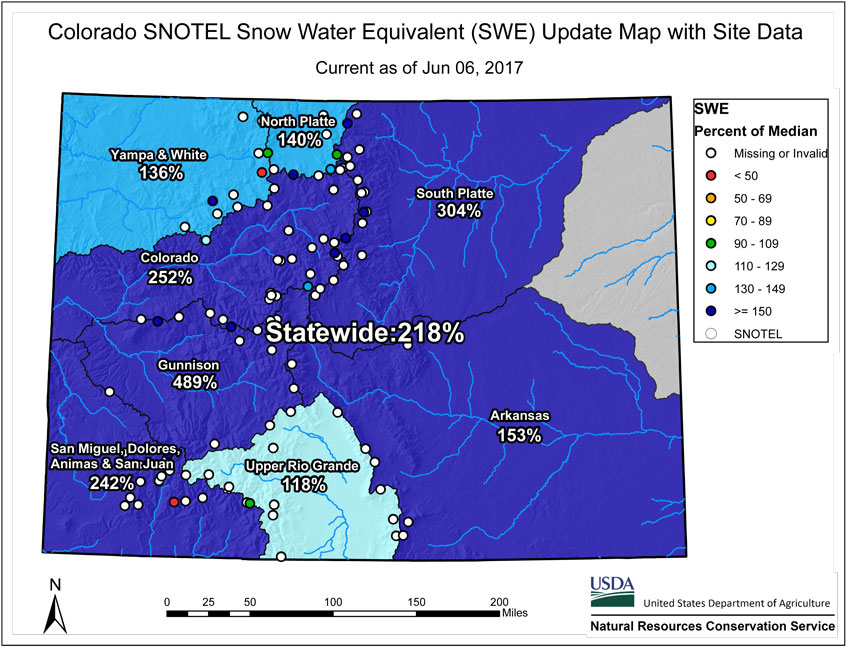 In the mean time, get out and fish! Our “Fifth Season” has been one to remember, and we hope we can help all of our customers get out on the water while theirs is still fishing to be had. Both wade fishing and float fishing has been very productive, and the Stillwater fisheries around Colorado are really coming into shape. Always remember that when our freestone fisheries enter full run-off, that you can always retreat to one of the many tailwater fisheries we have across the state. We’ll be sure to keep all of our customers apprised of any notable changes and/or progressions in our annual run-off, but in the mean time get out and fish!