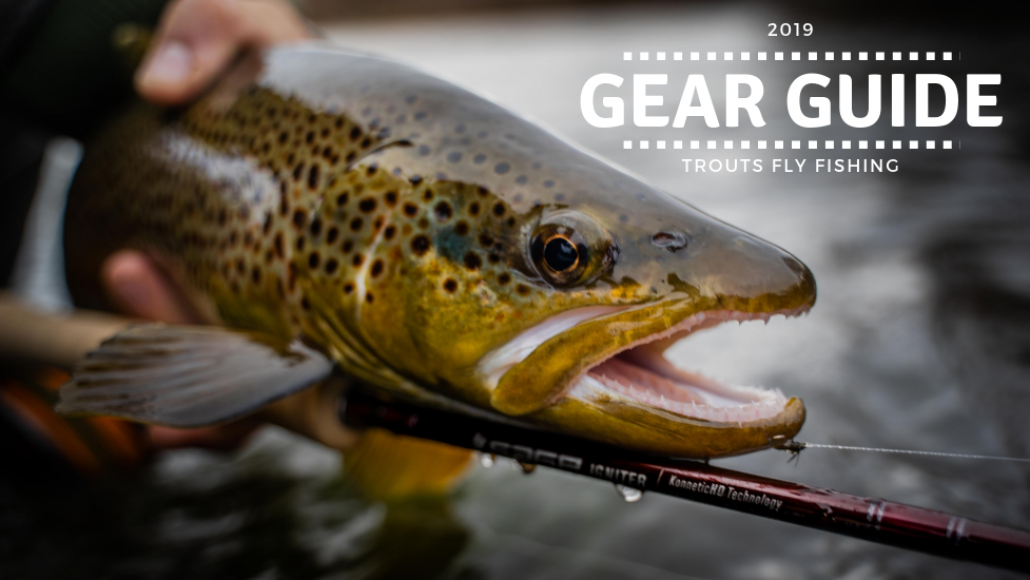 2019 is just around the corner and that means there is some high quality gear for the fly fisherman either just hitting the market or on the way to our shelves. We've sorted through all the upcoming gear and we're proud to put our name behind this impressive list of ten for 2019. Without further delay, check out the 2019 Trouts Fly Fishing Gear Guide.

Since it's debut at IFTD this summer, we've been excited for the Switchback Wading Belt System to arrive. This modular "pack" system includes a wader belt with a net slot, a 5L pack, and a shoulder strap. The pack slides along a "rail" allowing you to keep the belt and net in place and move the pack in and out of your way to access flies and terminal tackle seamlessly.

Sage makes fast-action rods and the IGNITER fits that bill. Featuring KonneticHD technology, the IGNITER is designed to handle the big winds and often the bulky rigs associated with fishing big water out here in the west. I personally have the 691 and have been super impressed with the power and accuracy that this rod generates in some of the windiest conditions I've experienced.

This fully packable, waterproof rain jacket is sharp. It's hard to beat the style and comfort that is provided by the Austin, TX based Howler Brothers crew.

They're dependable, durable, and American-made. Well, the good people at Ross Reels over in Montrose have given the old reliable Animas an update to match some of the recent upgrades they've made to their roster of reels. The Animas' drag system is an improved version of the original, reliable Animas drag - which is the most dependable drag system Ross has ever produced.

The SIMMS G3 River Camo Waders are perfect for putting the stalk on those picky...and skittish tailwater trout. SIMMS worked with Veil Camo to produce a camo design that allows the angler to remain unseen. Seems like an advantage worth having.

The new Infinity taper is a half-size heavy loads today's modern fast-action rods and features a longer head for greater line control at distance, as well as easier mendability. The Amplitude Smooth lines feature the same AST Plus slickness additive that allows for superior shooting ability and increased durability in comparison to your standard fly lines, but are smooth like traditional fly lines.

Winston debuted the new AIR SALT at IFTD this summer. This rod flat out performs at distance. The AIR SALT isn't a sized up version of the AIR. It has a faster mid-section to manage windy conditions and an impressive butt section designed to help you shorten the fight against those impressive saltwater specimens. Our Winston REP nailed a permit on this new rod, so it has to work well enough.

The drags inside the Evolution R and Evolution R Salt are undeniably great...and frankly, so are these LIMITED EDITION colors.

This badass fully submersible chest pack allows you to wade freely and without care, while keeping those vital pieces of gear dry when the going gets tough. Plus it has an integrated net holder...which is nice.

I had the chance to cast this rod while visiting the Winston Rod building facility in Twin Bridges and even with a 20 mph crosswind this rod was laying out small stream dimes. I can't wait to get this rod out on the water.