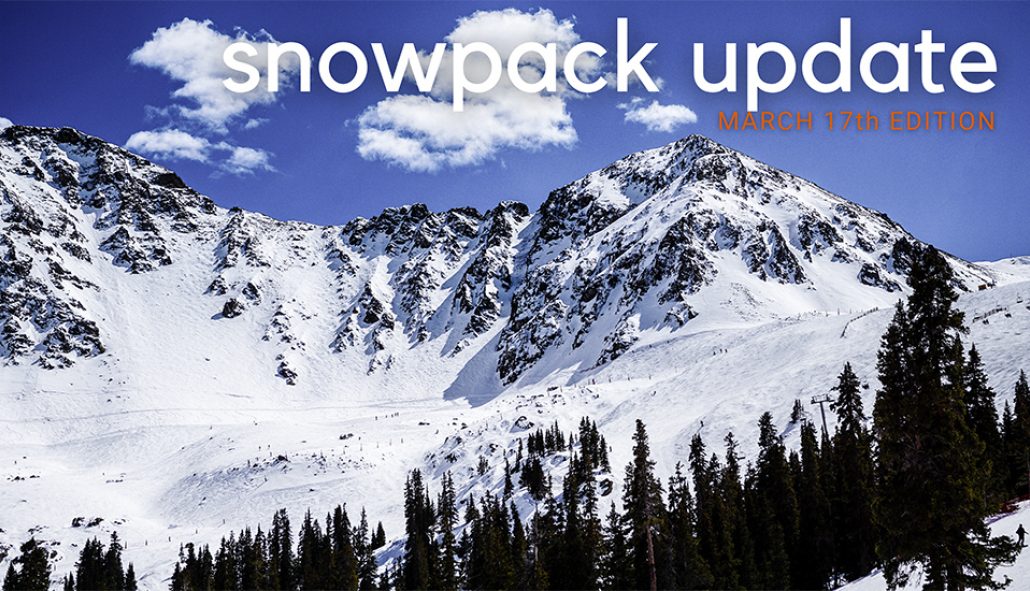 With Snowmageddon in the rearview mirror, it seemed like an appropriate time to offer our customers and followers another Snowpack Update. It’s fair to say that this winter we have seen our statewide snowpack yo-yo from month to month, with February bringing notable change, and March proving to be no different. As we headed into March, we saw huge gains in the Northern and Central river basins, with little change in the Southern basins that were the huge winners from significant early season snow. Being one of our snowiest months of the year, there was fair reason to be hopeful for good precipitation, but following the Spring of 2020 when we witnessed our snowpack literally evaporate, there was still reason to be optimistically pessimistic. But as this weekend proved, March is no time to let your guard down, as the Denver Front Range received the 4th most snow in recorded history.

The question naturally becomes “so what does this all mean for our snowpack”? First and foremost, remember that this storm was largely localized to the Front Range, with areas West of the Continental Divide not showing significant totals. With that said, the storm did bring needed precipitation throughout Colorado, as the Snowpack Map below shows.

Currently, we are showing strong snowpack numbers for everything other than the Central and Southwestern mountains. But while numbers in these basins aren’t substantial, they are within a strong storm or two of being near or over the 100% number, which with 2 ½ months of snowfall to come is in the realm of possibility. So at this point in the year, I would say that I am pleased with where our snowpack is as we head into the 2nd half of March, particularly considering where our snowpack was at the beginning of 2021.

In the interim, fishing across Colorado has been lights out good, and on those days when the skiing/boarding may be subpar due to conditions, know that the fishing in the valley floor will be a great alternate option. At Trouts, we have nicknamed the period from the beginning of March to the start of runoff as “The 5th Season”, as this is the time of year when we can expect to see our states freestone rivers clear of their winter ice and offer some great early season fishing. This is also the time of year when we fish becoming particularly hungry and aggressive as they come out of their winter slumber, with the knowledge that Spring Runoff is just around the corner.

We’ll be sure to keep our eyes on our Mountain Snowpack and provide another update as we near the end of Winter. In the interim be sure to stop by the shops and/or website often, as we’re working tirelessly behind the scenes to make sure we’re offering our customers the most up-to-date knowledge possible to ensure your time on the water is memorable.