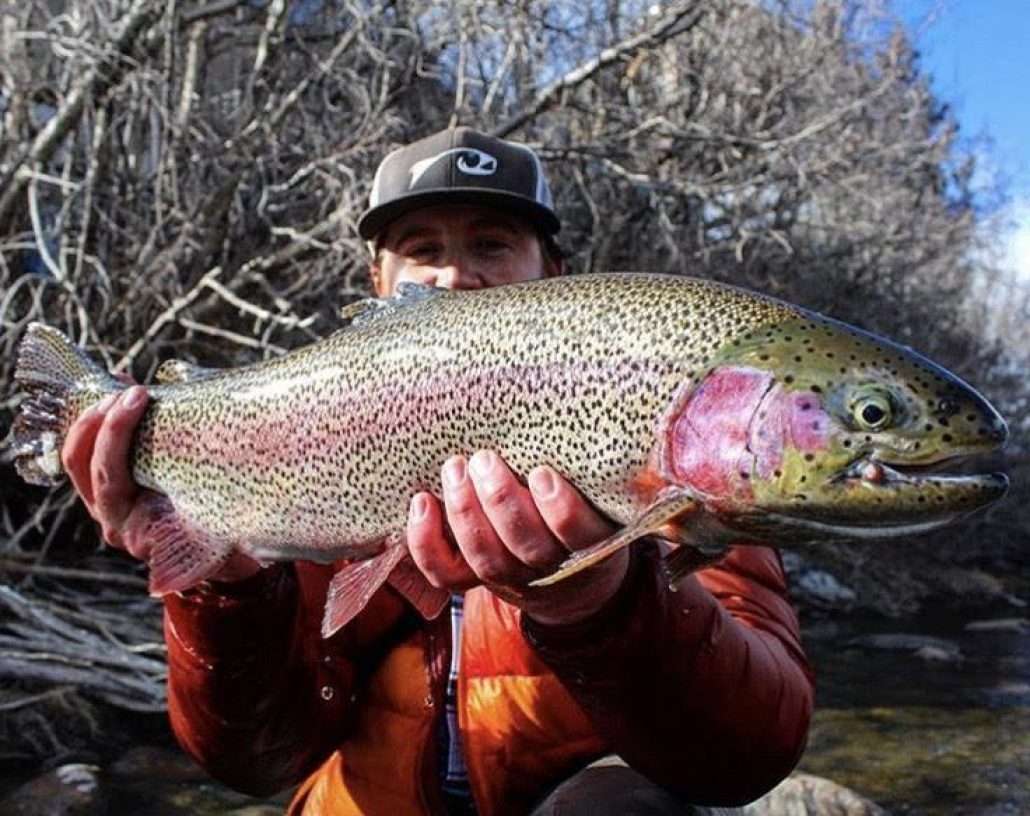 Colorado Tailwater fisheries can be the some of the most frustrating fisheries in the state. They can also be some of the most rewarding. The idea of fishing amongst crowds while using 6x tippet and size 22-24 midges personally makes me cringe. However, the prized trout that these waters hold make overcoming these obstacles easy to do. Growing up in Colorado I have became pretty well acquainted with the Blue as well as other classic Colorado Tailwaters. While these waters can be intimidating, from my experience over the years I have learned that we as anglers make it much harder on ourselves than it needs to be. Below I will go over three reasons why you may not be catching as many fish on the Blue River Tailwater as you should be.

Not fishing to Fish: This is the most common mistake anglers make while fishing the Blue as well as other Colorado Tailwaters. Too often people will camp out in runs that look “fishy.” More often than not they will be changing flies more than catching fish. When fishing tailwaters like the Blue sight fishing plays a major role in success. This makes polarized sunglasses the most important tool when on the water. A good pair of Smith’s and Costa’s can make or break your day on the Blue. I know the idea of sight fishing sounds intimidating to some anglers but trust me, as you practice and focus on making it a point to 'see' fish you will be amazed at what you begin to pick up on in the water. When sight fishing, scan the entire river and focus on water until you see a break in the current that allows you a window to see clearly to the river bottom. Another benefit of sight fishing is that it makes fishing more like hunting. Now instead of being disappointed when your favorite run is filled with other anglers you will have the confidence to go find other fish. Once you have gained confidence in your sight fishing game, it creates so much more space within the crowded river banks. In my opinion the Blue River is one of the best places in the state to sight fish (particularly if you're new to the sight fishing game) due to the crystal clear waters, manageable size of the river, and high population of trout. To put things in perspective, if I catch 20 fish there during the day I'd be willing to bet that 17 or 18 of them were sight fished. It's just that good of a river for spotting fish.

Overdosing on Mysis: Dillon Reservoir is one of the few lakes in Colorado that contains Mysis Shrimp. This leads to the shrimp being pumped into the Blue River below the Dam. While Mysis are definitely a huge food source for the fish in the Blue, they are not always the most successful patterns to fish. If there hasn’t been a recent bump in flows I personally will steer clear of mysis shrimp. Approach the Blue with a rig set up with diversity in mind. When I rig up on the Blue I think along the lines of, Flashy, Bland and Basic. An example of my three fly rig would be: Rainbow Warrior/Flashback Pheasant Tail down to a Grey or Black RS2 trailed by a Brassie or Black Beauty. This is going to give you great diversity when targeting trophy Blue River trout.

The Presentation: It is something even the best fly fisherman struggle with at times. When people aren’t catching fish on the Blue (or other Colorado Tailwaters for that matter) most of them are going to assume their fly or tippet was too big. This leads to using 6-7x tippet and size 24 nymphs. When you hook a really big Blue River Rainbow on 7x tippet it’s comparable to bringing a knife to a gunfight. I am a big fan of giving myself any advantage on the water possible and if you focus on making a better drift you can get away with 4-5x tippet. When approaching a fish at the Blue the first thing that goes into making a good drift is going to be your positioning before you make the cast. Given the pressure these fish see, they won’t spook as easy as other places. With that said, try to get as close to parallel to the fish as possible. From there read the current and visualize a way to make a drift so the first thing the fish will see is your flies. For example if I am parallel to a fish I will make a cast upstream of the fish and then immediately mend my line up stream so my line is above my flies. This will lead to your bugs passing by the fish before any other part of your line does. Another tip to consider when presenting a fly is how the flies are drifting through the feeding lane. When you are casting at a fish from below your flies are going to be stacked on top of each other and essentially only hitting one lane. To fix this I again will try to be as close to parallel to the fish as possible that way my bugs will sweep through the bucket and will be covering three lanes at one time. To further simplify things attempt to keep as much line off the water as possible. This will often mean you're making very short, concise drifts. It's not uncommon to get so close to these fish that you may only have a few feet of fly line out the tip of your rod when making your presentation. Find the seam or part of the water you want to fish and position yourself so the line you are fishing is matching the speed of the current. This will eliminate trying to mend across different currents and give your flies a much more natural presentation to the fish.