PHOTO ESSAY: A look back at our trip to Cayo Cruz - Cuba! 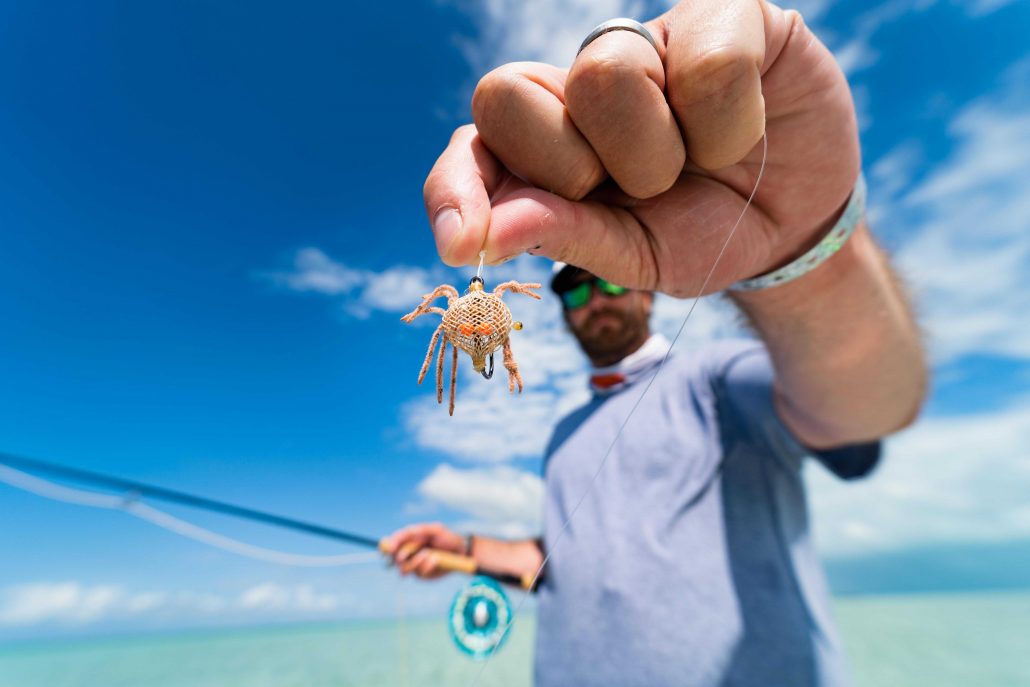 I've dabbled in saltwater fly fishing over the past several years, but I haven't had a true saltwater flats experience. So, when the opportunity to join Tucker on his now annual trip down to Cuba dropped in my lap, clearly my answer was a yes. With flats filled with bonefish, tarpon, permit, jacks, snapper, triggerfish, and all sorts of random grabby species, Cuba was high on my bucket list. I tried to temper my excitement in advance of the trip, but as the trip approached I started getting fever dreams of casting to big tarpon.

I've never really fished the flats. My expectations were all over the place. But, the one thing that I kept coming back to was something that Tucker told me before the trip. "We won't see any other boats. It's empty out there. You can find these fish elsewhere, but you'll also find other anglers."

If you don't like reading too much, (1) You're in luck, there's plenty of photos and a video (next week) headed your way. (2) Here's a quick summary - Cuba is cool. Saltwater Flats Fly Fishing is also cool. 10/10. Would go back. Will go back.

We landed in Camaguey, Cuba on Saturday, May 18th. After making it through customs, we quickly jumped in a bus for the 4-hour trek to Cayo Coco. With a tight schedule to adhere to, we stopped in Camaguey to pick up beer and cigars. I'll let the pictures do the talking from here. Take it away pictures.

The busy streets of Camaguey. I wish we had more time to dive into the city. Next time.

We picked up an assortment of hand-rolled Cubans and some beers for the bus ride to and from fishing and hit the road.

On our way to Cayo Coco, the bus driver needed a break. So we stopped here for some of Cuba's finest roadside refreshments.

The next morning, we geared up and headed over to Cayo Cruz to hit the water. For those of you who are interested, the hotel at Cayo Cruz is almost complete. Sage Xs, SaltHDs, and Asquiths were in our quiver.

Morning and evening views for the next six days. The dock.

Leo - our guide for the week - likes permit. Thumbs up for permit.

Leo navigates Tucker's box of crabs. Well, one of three boxes that Tucker has dedicated to crabs.

Rigged for all of the options.

Our first day was spent searching for all three keystone species. We started with bonefish. The Bonefish were sizable and pretty willing to eat. Which, for this flats newb, was pretty cool.

But, we found bonefish and a lot of them. Singles, twosies & threesies, and big groups. They weren't shy of hunting down our flies and pulling line. We ended the day with some permit fishing. I had a shot. I got an eat...and I absolutely bungled the set. In my defense, I thought permit didn't eat.

The next day started with tarpon. We didn't see much. Until...we did. I had a shot at a large tarpon. My first cast was short. My second cast was not. The tarpon opened up it's mouth and lit up green. The fly disappeared. I strip set and connected with my first tarpon of any true size. The water exploded like someone dropped a fridge in it. Like Shaq did a cannonball. It was nuts. I'd be lying if I said I did everything right. My rod positioning was pretty bad. But, hooking 80 pounds of tarpon is cool.

Tarpon day or not. You can never be too prepared on the flats.

Leo surveyed from his poling platform.

The next day started off with bonefish. We caught more than our fair share of bonefish, especially in the first three days. Some of them were pretty sizable, but our guide liked catching as many bonefish as possible. One of us would hook up and Leo would be barking at the other to get "Front." I like catching fish and so does Tucker. So, we obliged.

Day 3 - we chased permit in the morning. It was pretty slow going to start. I had a shot at a group of 4 permit coming out of the mangroves and was able to connect with a proper strip set. I wouldn't have thought a 5-pound fish would bend a 10 weight. But, after pulling that permit out of the mangroves three times more than I would have preferred.

It popped. Moments later, Leo told me a leadered permit counts. I leaded that permit. But, I didn't touch him...so you be the judge.

With permit and bonefish checked off, we headed over to a "blue hole" to try and dredge up a tarpon for what I'd consider to be a poor man's Grand Slam. I caught snappers and jack....but no tarpon.

Permit in the morning.

Gray ghost pulling line off of the Abel SDS.

It's been a couple of years since Tucker caught a permit...so they were of utmost importance on this trip. On the last two days of the trip, that focus started to pay off.

Sweet Relief. Tucker lifts a beaut of a perm.

A celebratory Cerveza - a CRISTAL (Cuba's finest) - was in order.

Big thanks to Umpqua's Alec Gerbec for spinning up these Aphlexo Crabs for our trip. They produced four permit over the course of six days of fishing.

Tucker picks out another Aphlexo for destined for another Cuban permit.

Tucker gives Leo his props after hooking up with his second permit of the trip.

Another looker. When it rains it pours.

Shoutout to Boris with Avalon. He wrangled us all week long and made sure we were taken care of during our entire stay.

All the boys. We were joined by some friends from Canada. Good times had by all!

We did seafood dinner and drinks at Lenny's to close out our time in Cuba.