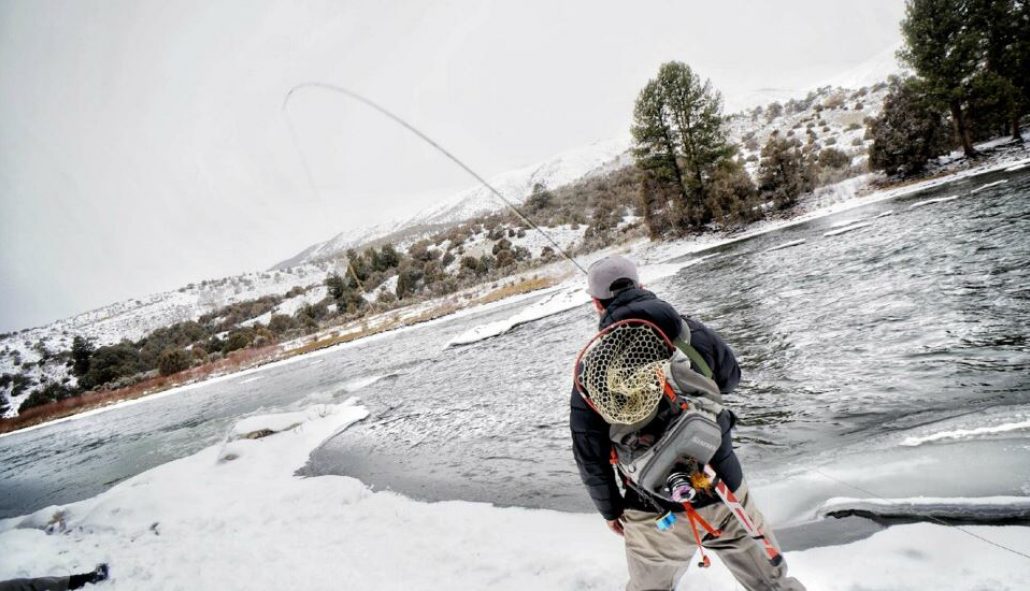 It’s very rare when everything goes according to plan on a fishing trip. That is especially the case when attempting to clean off the drift boat and float the Colorado during January. With all the crew down for the world premiere of F3T, it was a good opportunity to get a trip on the books with some of our Frisco boys. I told them I’d be up Monday; they suggested pulling the drift boat out and pushing west. Given my desire to get off the beaten path, I had no opposition to that suggestion. As the hangover passed Sunday, a snow storm was building in the high country that had me questioning our idea for Monday. I was scheduled to be in Frisco at 7:30 am that morning and had no intention of being late. As the snow began to fall in Denver, I texted Chris asking him how the weather was up the hill. There was no response so I hoped he knew more than the 9 News weatherman, who was projecting 6-12 inches in that area over the next 24 hours.

The alarm clock sounded early the next morning. Still no reply from Chris so I hopped in the truck and began making the trek up the hill. Unfortunately for me the weatherman was right on the money and snow was piling up on I-70 by the time I hit the tunnel. That’s when Chris finally got back to me.

I replied, “Coming down the hill brother, you see all this snow?”

Chris responded, “Yeah brother just looked out my window and talked to Zeke. Going to be pretty tough getting the boat over Vail Pass. Just meet us at the shop and we will figure it out.”

Knowing it was a fairly naive idea attempting to float this time of the year, I really wasn’t upset. It helped knowing that although we wouldn’t be floating there wasn’t any question if we’d still be fishing. We met at the Trouts Frisco shop to have a cup of coffee and figure out where we’d be heading. It was a good thing Zeke was with us because Chris and I assumed the Blue was going to be our best option. He made it very clear that we weren’t wasting the rare day we all had together to fish the Blue. We were going somewhere on the Colorado no questions asked. I’ll admit I questioned the decision. Not because I didn’t want to fish the Rado but, given the weather, I was almost positive it would be a slushy mess. I’ll tell you one thing; that will be the first and last time I ever question Zeke. As we headed out of town we got a call from Ivan who was in the area fishing as well. He wanted to know if we were still floating and if we weren’t, he wanted to meet up. He was at the Kum and Go in Silverthorne, which made it easy. We told him we’d be there in 15 minutes.

This is when everything began to fall into place. Sure we weren’t doing what we originally planned but, if you fish then you know sometimes S*** happens. After about an hour in the car we pulled into the parking lot. Just as Zeke promised, the river was flowing ice free. We all rigged up and hit the water. It didn’t take long before Zeke hooked up. I looked at Chris laughing and shaking my head, “Of Course” was my thought. Not long after that Chris and I found a bucket that was holding a good number of fish. We alternated every fish until we got an urge to go find another run.

For the next hour we all got separated while fishing different runs, enjoying having the entire river to ourselves. After landing a few more fish I set off to find Chris and Ivan. As I caught up with them I asked if they’d be catching any. They both said yes. Being the friend I am, I told them I believed Chris and called Ivan a liar. If you know our group then you understand why I did this. Of all the people in the world, I have the ability to get in Ivan’s head, which leads to the reckless banter that makes a day on the water with buddies such a good time.

Today it worked perfectly. We all worked up the next run where Chris and I started pounding fish while Ivan failed to get a strike on the other side. It continued like this for about another hour before we figured it was time to go find Zeke. We leave Zeke alone at times, not because we don’t enjoy his company but, for our confidence. On the Colorado it’s never a question if Zeke is catching fish; it’s just a matter of how many. As we caught up to him, we all asked the question, “Well how many?” He looked at us smiling and said, “30 easy.” That was the end of that conversation.

Zeke wanted to go try another spot to end the day so we piled in the trucks. When we got to the next pull off, Zeke again was hooked up immediately. I looked at Ivan and told him, “Maybe you should stick with Zeke since you’re still skunked.” It turned out that we all fished the last run together alternating turns after a few fish each. We heckled each other, showed some fish off to the train, hit Chris with snowballs and caught more fish than I can count before the sun finally said goodbye for the day.

As we took our waders off it began to snow harder than it had all day. I’ll spare you the details and just say the two hour drive home turned into four thanks to white out conditions. So I guess I’ll leave it at this. Even when things don’t go as planned, it usually works out exactly how it should. Isn’t that what it’s really all about anyways? 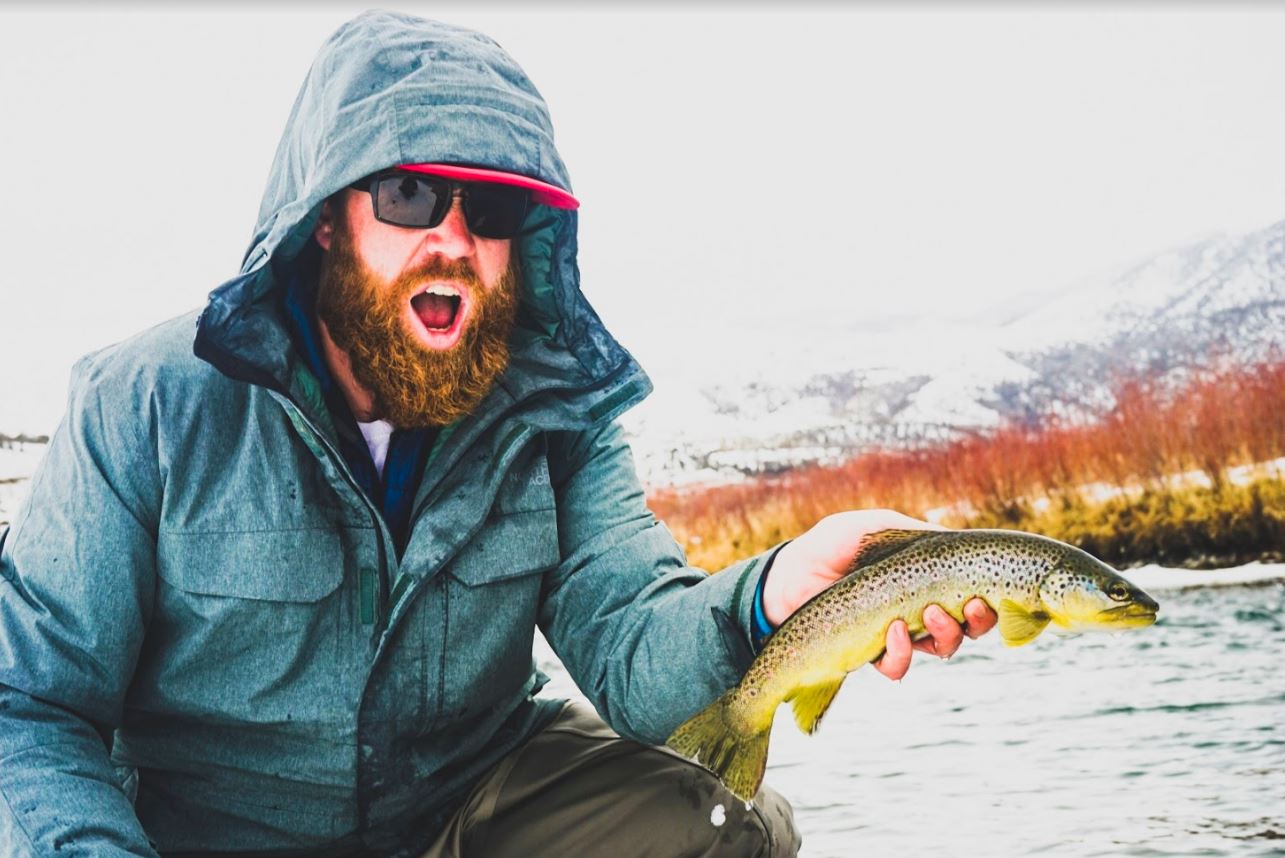 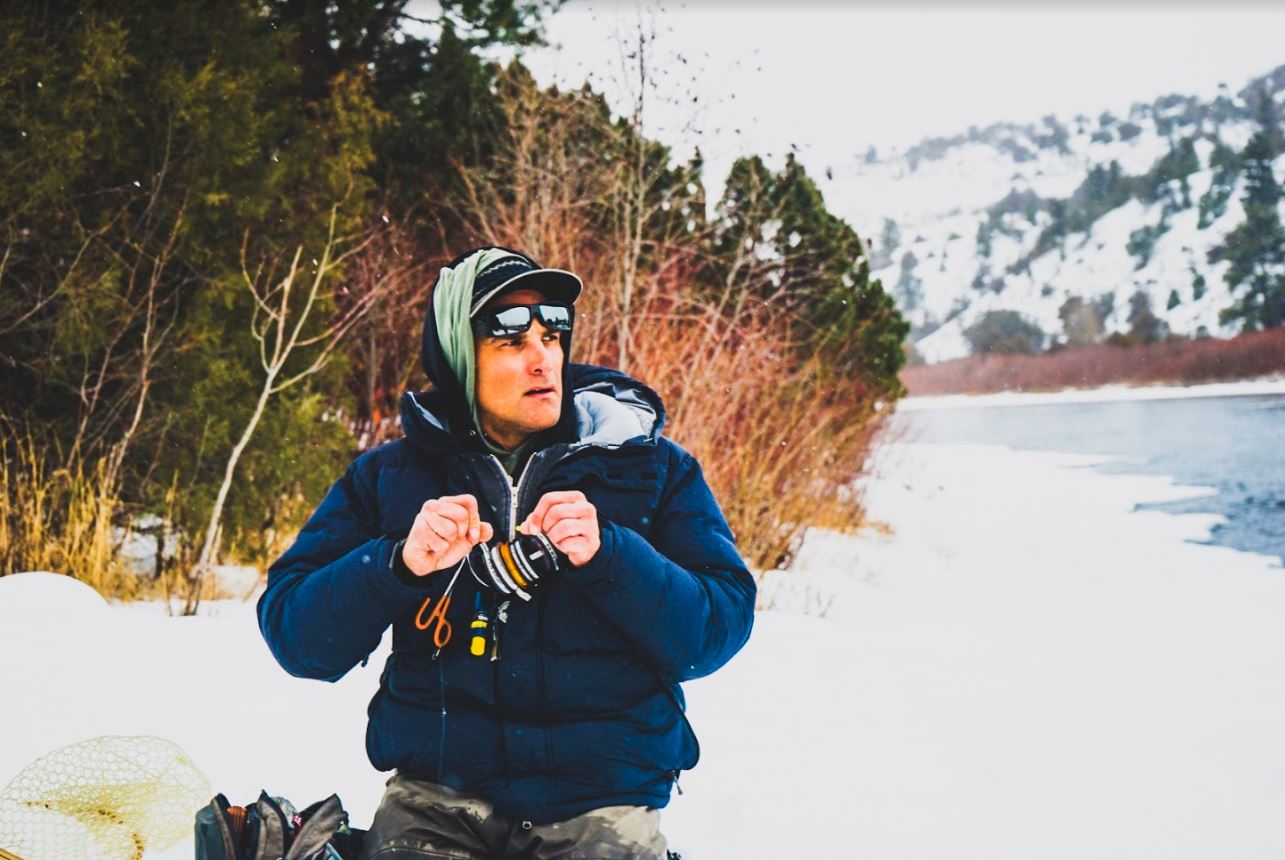 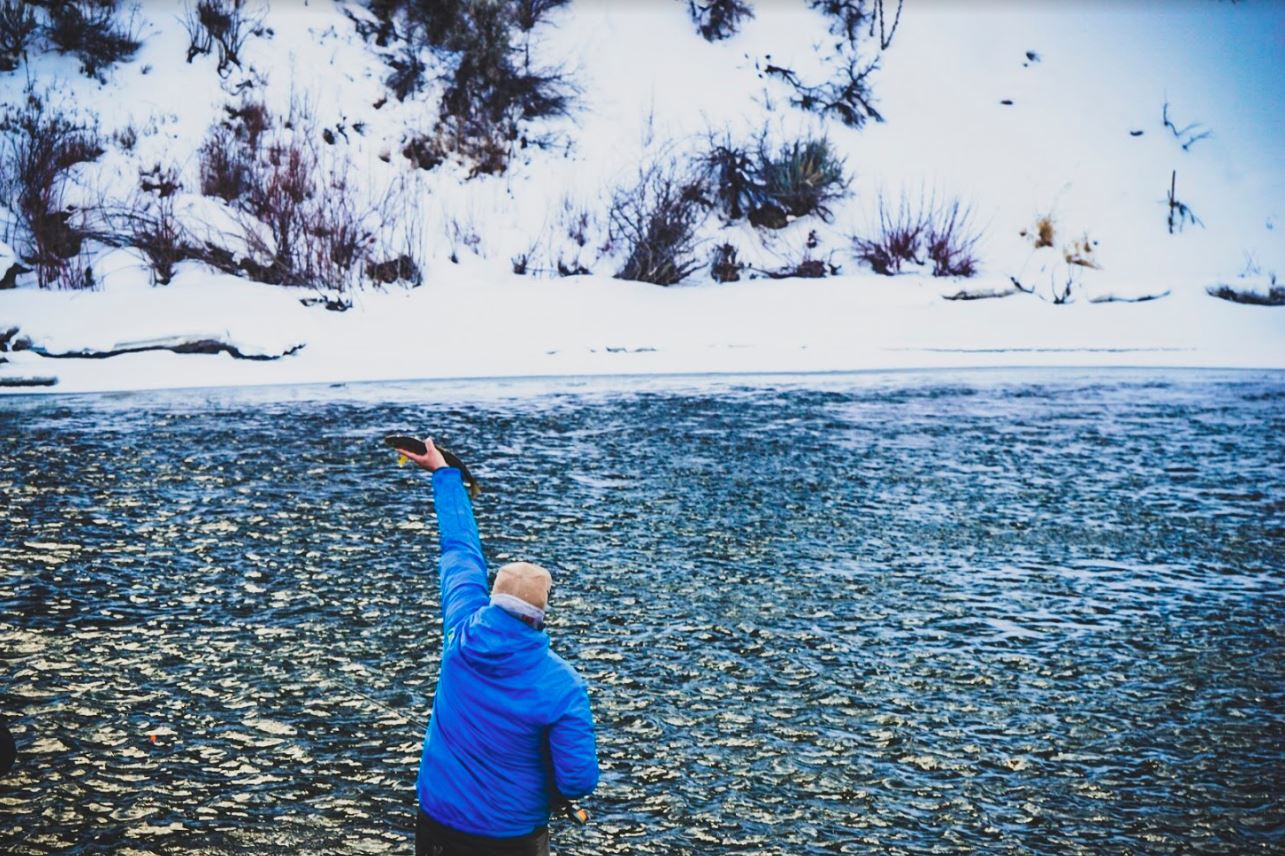 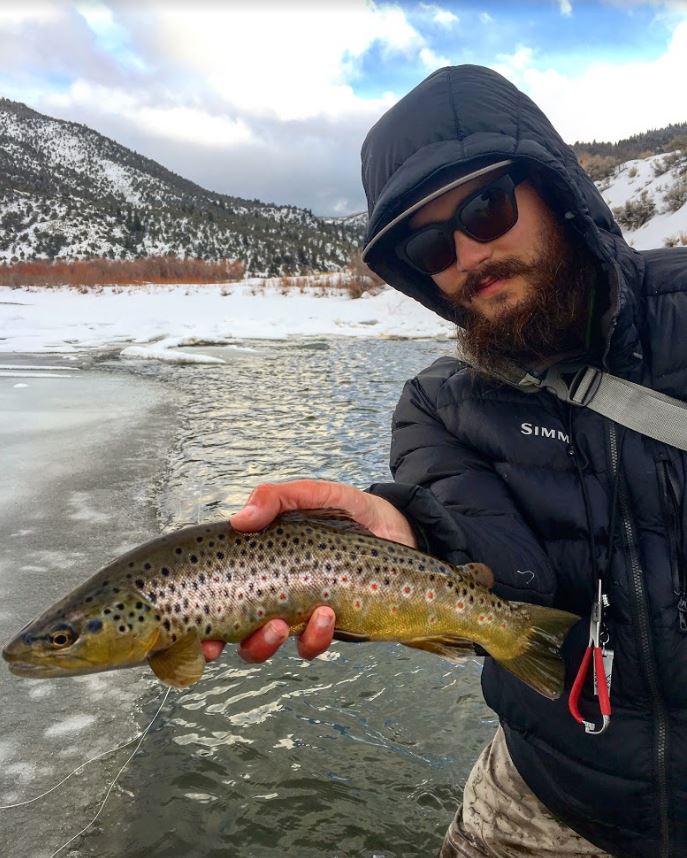 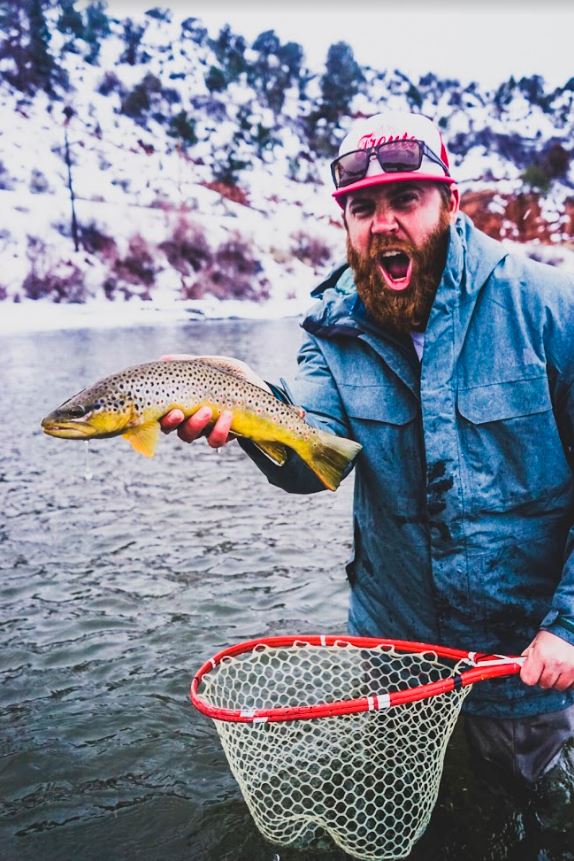