A Year on the Fly with Tanner Smith | April 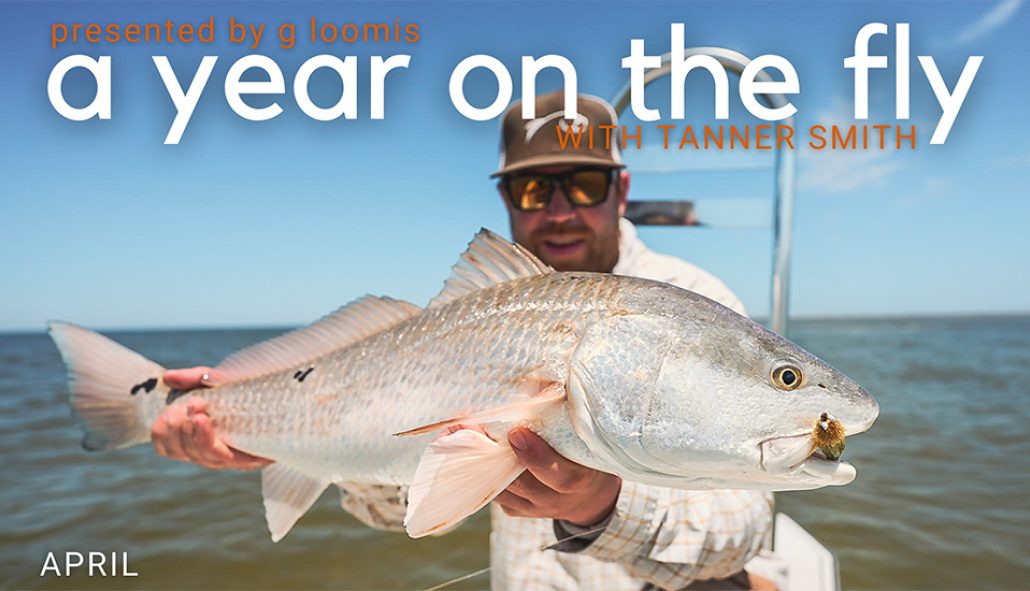 Redfish were on the mind. After a few cancellations due to weather things finally lined up for Ivan and me to head down to the Bayou. It’s safe to say that we were a little excited. We lined up a few days to fish with Old Captain Chuck McGraw of Southern Fly Expeditions. As many of you know from experience a guide on the salt can make all the difference. When Capt. Chuck introduced himself and set his boat guidelines, I knew immediately that we were in good hands. The guidelines were simple, this boat is yours for the next 8 or so hours. That was followed by him saying, “If you want to have some beers, then have some beers. If you want to smoke crack, then smoke some crack.” Starting off with a little humor, perfect.

The weather couldn’t have been better, 70 degrees with fairly minimal wind. Of course, there always has to be some condition that keeps things from being perfect. After three weeks of straight rain, the Mississippi muddied the marsh up pretty good and finding clean water was the biggest challenge. When we found clear water we caught fish, reds, alligator gar, sharks, all kinds of weird stuff. When we found muddy water, we drank some beer and talked smack.

Now, let's get back to the fishing. The redfish were a little harder to find than we would have liked, but when we found them we caught them. That’s generally how it goes with Redfish, which creates some pretty bad ass visuals. Now, to the alligator gar. They were everywhere and they were big.

I asked Capt. Chuck, “Can I catch one of those big bastards?”

Game on. If you have ever chased Gar then you know the battles don’t generally last long and flies will be lost or destroyed. After having a few roll on the fly I began to understand what Chuck meant when he said “Good Luck.” We blew up a few and then as we were pulling out of a pond I looked over my shoulder and saw a 5-6 footer just hanging out. The cast was made, the fish grabbed the fly and didn’t budge. Then it did budge and off he went. We got him boat side before he gave one last vicious slash and broke everything off.

Now, it was Ivan’s turn. About 100 yards down in the same pond we saw another huge gar cruising along a bank. We pulled up and Ivan dropped a cast. From there all hell broke loose. A few long runs and tarpon like tail walks later we had him boat side. Chuck asked if we wanted to get him on the boat. Things got a little wild from that point. Many laughs were had and we agreed catching more of them probably wasn’t the best idea for the 8 wt.

After a few days poling around the marsh, we got a break from the wind so we had an opportunity to run out to the gulf side. Meeting time at the marina was set for 5:30 AM. “You boys ready to see some wild shit?” Chuck hollered as we walked up. After a bumpy two-hour boat ride, we arrived at the spot. Again, redfish were the targeted species, but when we pulled into a cove and saw hundreds of Black Tip Sharks hanging out, things changed.

Watching sharks try to chase down a fly might be one of the funniest things you can see. They don’t have the best vision so watching them thrash around after a fly and not finding it is pretty comical.

As we pulled around and chased them around for a bit Chuck spotted two reds coming our way. The hell with that I said, I got a 6-7 foot shark in my sights. Wham, into the backing it went. Then Ivan got on the bow. We looked out to some crashing waves and saw hundreds of dark spots sliding around. What we hoped were Reds turned out to be more sharks. Watching Ivan have a system breakdown trying to figure out which shark to cast at was pretty damn funny. “Two to the right, 1 at noon, 3 coming at 3 o’clock, 2 behind the boat moving your way. F*** It just cast.” Turns out he ran into a 10-12 footer and it didn’t last very long.

After a little shark action, we moved on to find a few more reds before it was time to head home. We pulled down another flat and witnessed some pretty cool eats. Now that I am sure you all are sick of reading this novel of a fly fishing story it’s time to check out some pictures. Bye now.