A Year on the Fly with Tanner Smith | March 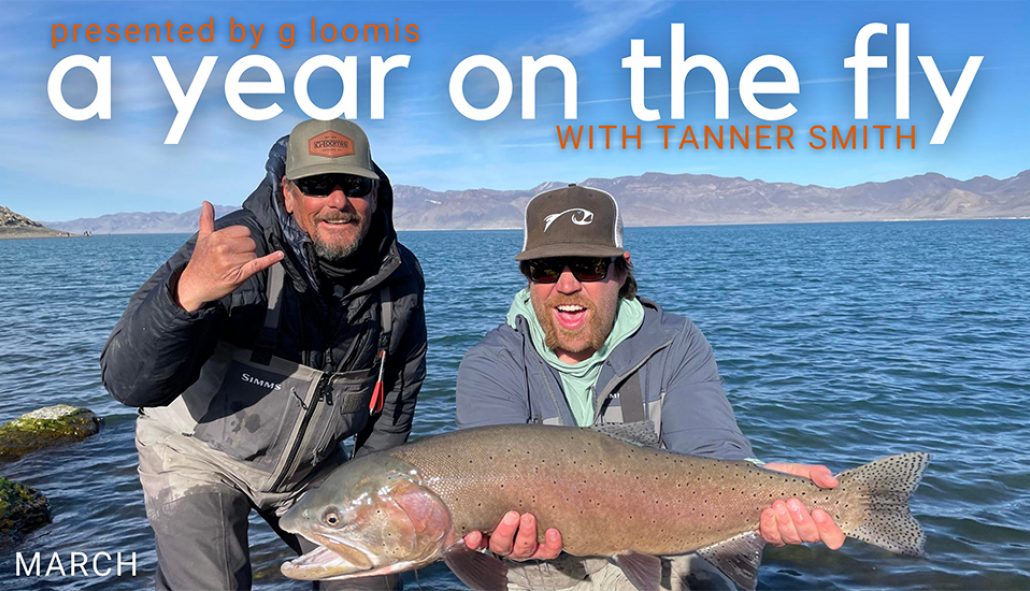 Next Stop - Pyramid Lake...As March arrives, so does my annual jaunt to the Old Salty Pond. For years, this was a place that I avoided. It’s too busy, it can’t really be that cool were always my thoughts. Finally, after my brother and our good friends at Pyramid Fly Co. convinced me to make the trip I’ve come to realize two things. Yes, it’s busy and yes, it is as cool as advertised.

The plan for me was to fly out Friday evening after work and meet my brother and dad, who drove, whenever I arrived. My good buddy Chris picked me up in Reno and gave me a little hometown tour. He took me to Walmart and McDonald's before we headed out. From those experiences, I’d say Reno is a pretty ordinary place. Chris did provide the news that the Bar at Pyramid was closed and wouldn’t be open until Monday after I left. As disappointing as that sounds, it was the first positive break of the trip. When I’m around good company, I have a fairly tough time saying no to, “One More?” When we got to the trailer, I was staying at it was about 11 PM and I walked in to see my brother and old man already passed out. This combination of events meant we would all get a fairly good night's sleep before the 3-4 AM wake-up call.

Day 1 started with my brother, dad, and I heading out to find our spots at about 5:00 AM. If you asked the locals, this would be considered a late start. We trekked down the ridge to find a spot open enough for the three of us and got started. The next 12 hours were filled with many shouts at my bobber to “GO DOWN,” our bobbers actually going down, quite a few nice fish, and plenty of laughs in between. As dusk finally caught up with the day, we decided to call it a night and go over to Captain Rob’s for some dinner. A few members of the PFC crew came over and filled the rest of the evening with tying some flies and the banter that comes with it.

Day 2 started off a little earlier than the previous day. Captain Rob and Chris were fishing with us, so 5 AM wasn’t going to cut it. We met them around 4:00 AM and to no one's surprise they already had their spots claimed. Thankfully, I am so new and naive to the Pyramid Lake game that as long as I have a drop to work I am not too concerned with much else. The first hours of the day at Pyramid are pretty unreal. The sunrise views are some of the best you will see. Mix that in with giant Cutthroat trout crashing the surface and it really is a pretty unique experience. Confidence is usually pretty high at this time of the day so it should come as no surprise that bobber down happens.

By now, you are probably wondering what G-Loomis rod I was fishing on this trip. For starters, I am pretty new to the two-hander game so I was just using one of my brother’s extras. Luckily, it worked out that I snapped that rod and Captain Rob just so happens to fish Loomis himself. Yes, I snapped the rod while fighting a fish… No, it was not a big fish, but landing that fish with 3/4th of my rod in the lake while hand lining the fish was pretty entertaining. After that happened, I fished the NRX+ 6110-4. From that point on some pretty nice fish followed. I could tell you all the stories about the big ones that got away, but really all that matters for the rest of the trip is that Captain Rob caught about 50 while the rest of us managed a few and some of those happened to be pretty nice. As usual, I will leave you with a few pictures to complete the story. Bye Now, See Ya Next Time…