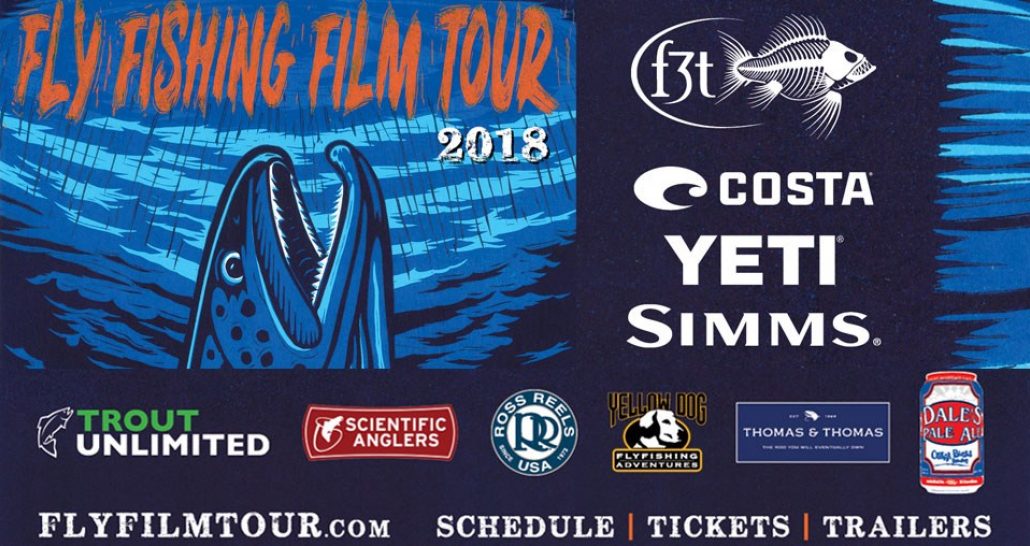 The Annual Fly Fishing Film Tour is making its annual run through Denver on March 24, 2018. Traditionally Denver has always been the kick-off show for the entire F3T Tour, but due to problems with our previous venue, we had to move this year's show back to March. But while we may not be show #1, there's no reason we can't hold the honor of being THE BIGGEST and BEST show on the Tour, so be sure to mark your calendar and purchase your tickets!

For the 2018 Denver F3T Show, spend $25 or more at Trouts when you purchase your ticket and get entered to win a Grand Prize pack including:

*The winner of the Grand Prize pack will be announced during intermission at the 8pm screening. The winner does not need to be in attendance to win.

And if the above isn't enough to entice you to attend this year's Denver F3T Show, we've got this nice little STOKE REEL to seal the deal.