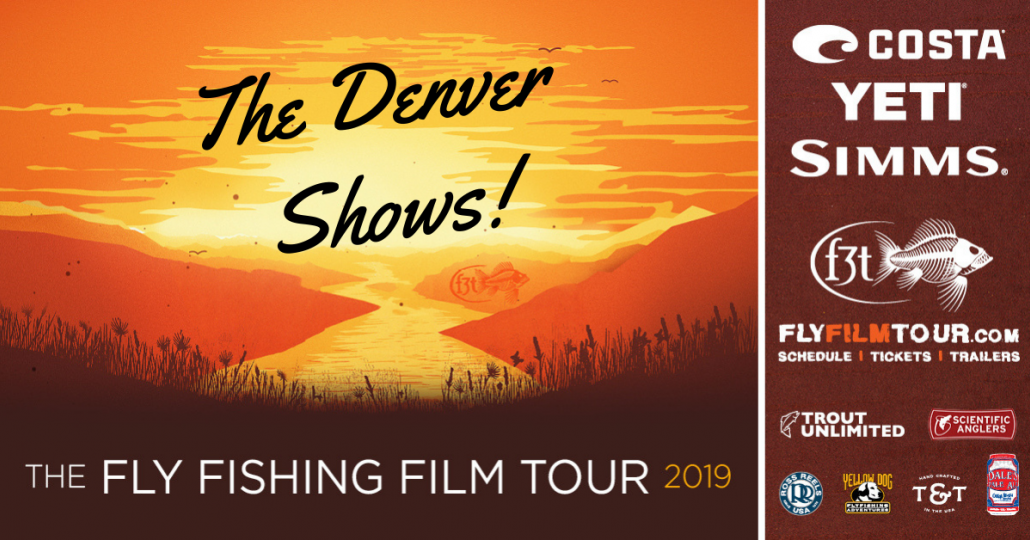 The 13th Annual Fly Fishing Film Tour (F3T) is making its yearly run through Denver on March 23rd, 2019. This year's lineup of films has a fantastic mix of fresh and saltwater action with some truly compelling storylines.

From Australia to New York to Wisconsin to the Yellowstone to the Henry's Fork to French Polynesia to South Dakota (That's right...South Dakota), this year's films are taking you all over the world. As always, the F3T will kick off the warmer months in style and get you excited for your upcoming season. Mark your calendar and purchase your tickets!

WHERE: The Oriental, Denver, CO

And if the above isn't enough to entice you to attend this year's Denver F3T Show, we've got this nice little STOKE REEL to seal the deal.