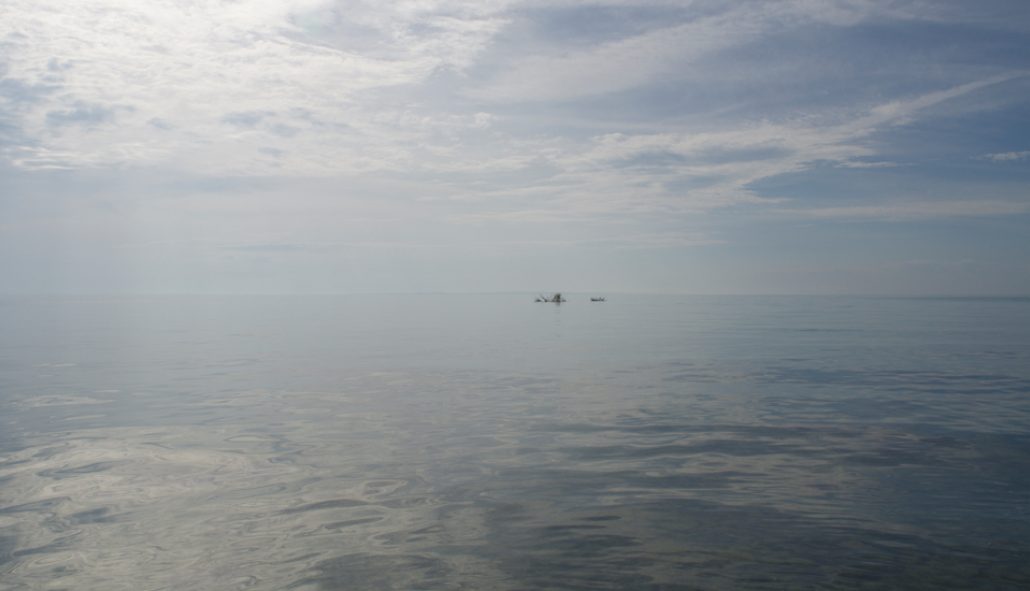 After a short burst of speed down the runway we were airborne. The Charlevoix Airport slowly getting smaller as I glance off my left shoulder. A couple hundred feet of elevation gain later and our destination first comes into view. A short 17 minutes after that and we’re there.

Stepping out of the plane I duck under the overhead wing and walk around the tail towards a familiar Silver Tundra and two familiar, smiling faces – Kevin Morlock and Steve Martinez.

But before we have time to answer Steve is already passing out 16oz cans of Oberon.

With over decade’s worth of carp fishing on my resume and one trip to Beaver Island under my belt, I couldn’t wait to show my 4 counterparts joining in on the adventure what this place was all about.

Man it felt good to be back.

We load up our gear and soak in some much-anticipated Northern Michigan summertime sunshine. Spirits were high to say the least but then again, with 5 days laying in wait devoted to nothing but fishing why wouldn’t they be?

With our bags dropped off a few minutes later, we crack another cold one and walk into town to continue ‘hydrating’ at the Beachcomber.

We go to bed way too late.

Morning arrives quickly and lying in bed I hear the worst possible sound imaginable when sight fishing is your goal for the day---rain. Day 1 was a bust and the boats remained trailered. Undeterred, we decided to go wade fish some of the local flooded grass and timber but came up empty-handed. It’s tough to catch a fish when you can’t see them.

Despite our elevated levels of enthusiasm during the week leading up to the trip we knew the forecast was looking ‘iffy’ at best. As the days passed it became clear the weather-gods were not on our side this week.

From rain to extreme wind to cloudy, flat-light conditions we saw it all and battled for 4 days straight. I know everyone on the trip would agree we were experiencing some of the toughest fishing conditions we’d ever seen. The fish were present no doubt -and in good numbers- but more often than not by the time you got on them they were already spooking off the boat. Nonetheless, morale remained high and all things considered carp, smallmouth and pike were still being landed each day.

And then just like that- in some un-chronologically possible way- day 5 was upon us. This last day was different though. The trees stood motionless and not a white cap could be spotted in the harbor as we enjoyed another hearty breakfast on the porch of the Dalwhinnie Bakery. We were finally being given what we had all came for and there was an un-discussed, yet very apparent urgency to get our coffee and breakfast sandwiches down so we could hit the water and give it one final go.

What makes a good fishing trip? I’m sure the answers anyone reading this might come up with are very similar. Sure, good fishing never hurts but as we departed that next morning -destination “the real world”- it became clear there is much more to the equation. Good company. Good laughs. Cold beer (despite our best efforts we didn’t manage to drink Beaver Island out of Coors Light). Good guides. Good scenery. We had all that no question…..but we also, to some degree or another, already knew that before we ever stepped foot off the plane.

Would we have liked to catch more fish? Sure. Who wouldn’t?

But would a few more fish in the net or the wind blowing 15 miles per hour less on the sunny days have made the trip better? Arguably yes. Realistically no.

What I think makes a good fishing trip are the unplanned memories you walk away with. The look on Steve’s face (and perhaps ours) when he showed up with a bottle of strawberry moonshine one of his customers had given him. The inside jokes that somehow start to form the instant we stepped foot on the island. The feeling of unity created by a group of guys all working just as hard as the next to make the most of our limited time on the water. Staying up so late you wake up the next morning wearing your buff and sunglasses are still hanging around your neck. Getting back from a tough day on the water and instantly re-rigging as a group to go wade fish for a few more hours trying to make something happen. Laughing so hard it hurts, late into the night, and then not being able to remember what was so damned funny the next morning. Discussing the merits of ‘cousins month’ on the island (you had to be there). Getting eaten alive by mosquitos at night as we cast flies into the dark off the town harbor dock….. I could go on.

To me, it’s these memories that make a good fishing trip and are the reason I already can’t wait for the next adventure.

The fish are nice don’t get me wrong.

But to some degree, they really are just a bonus. 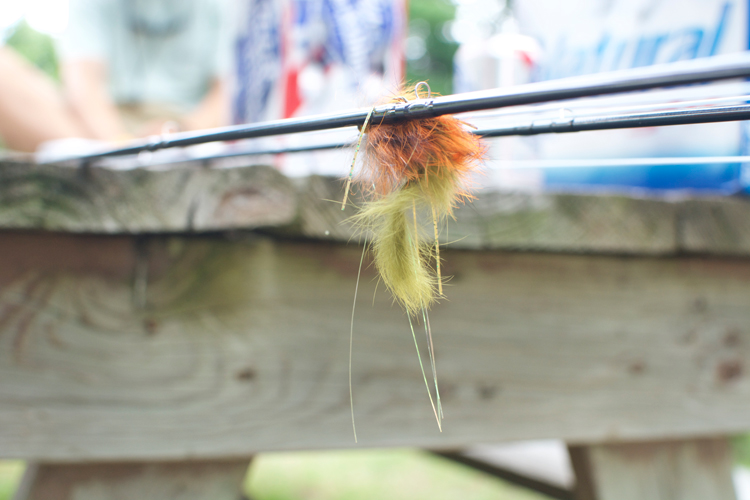 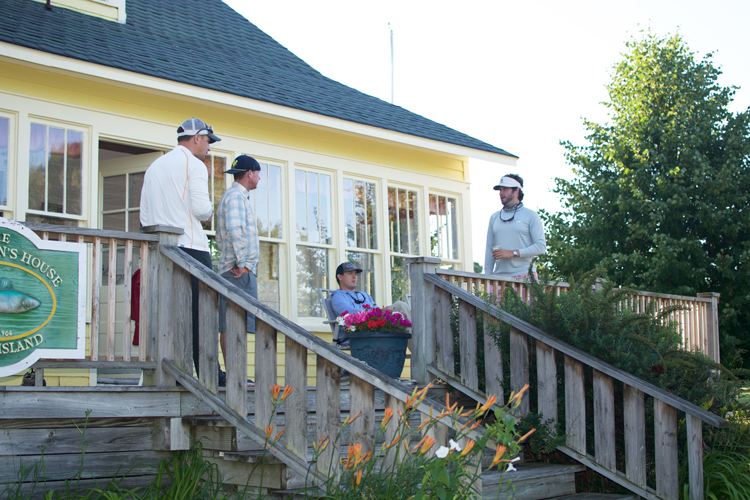 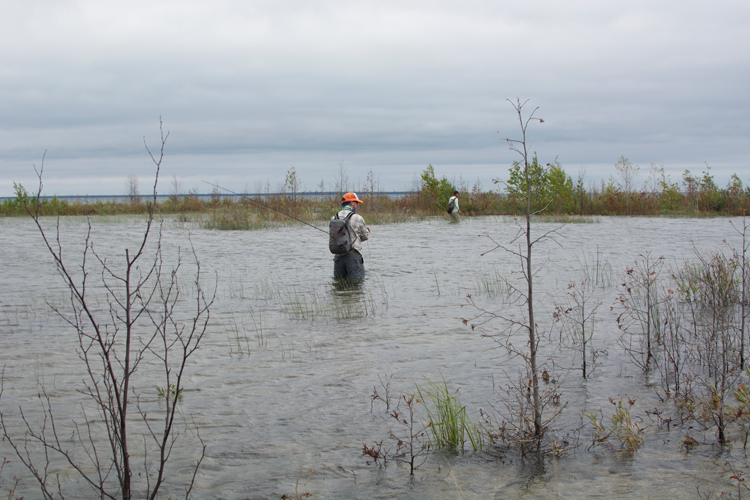 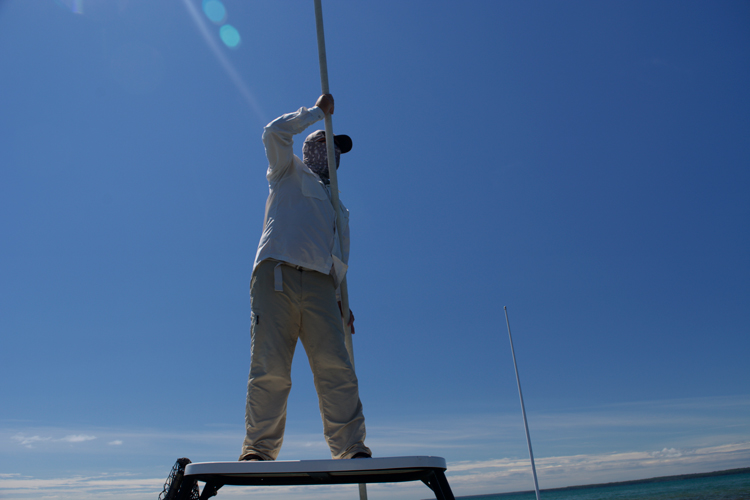 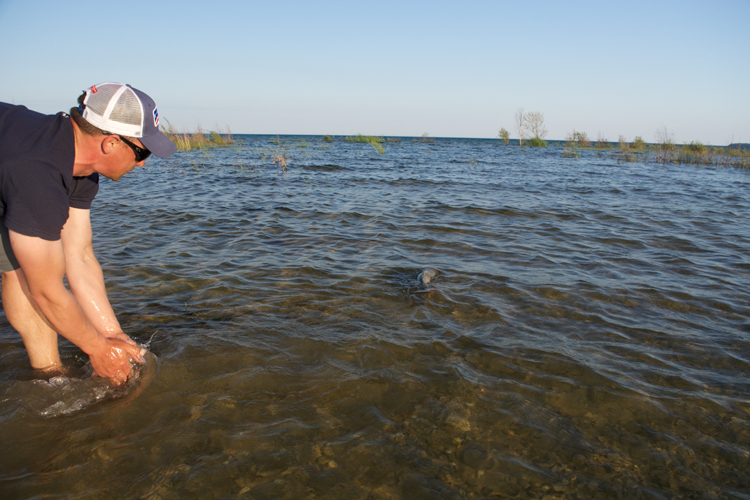 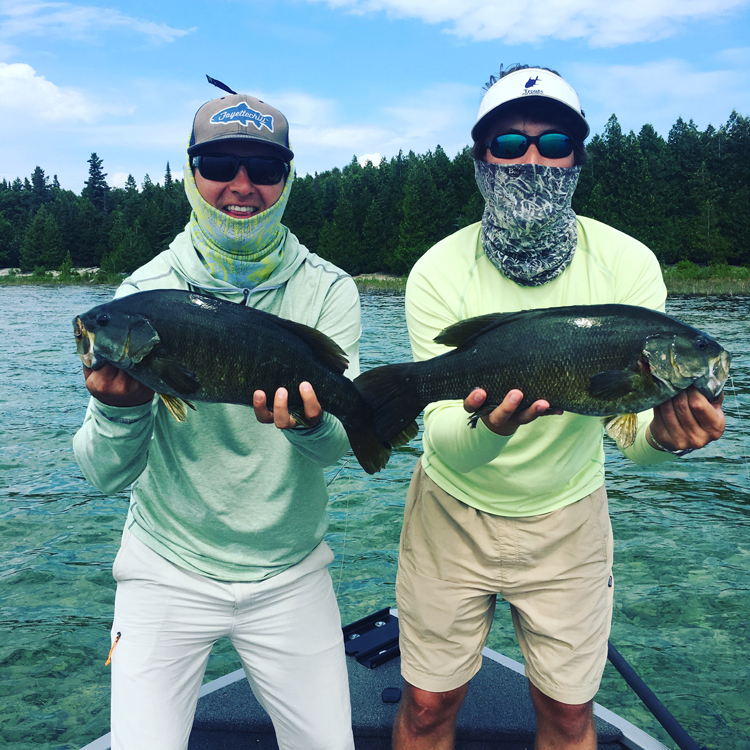 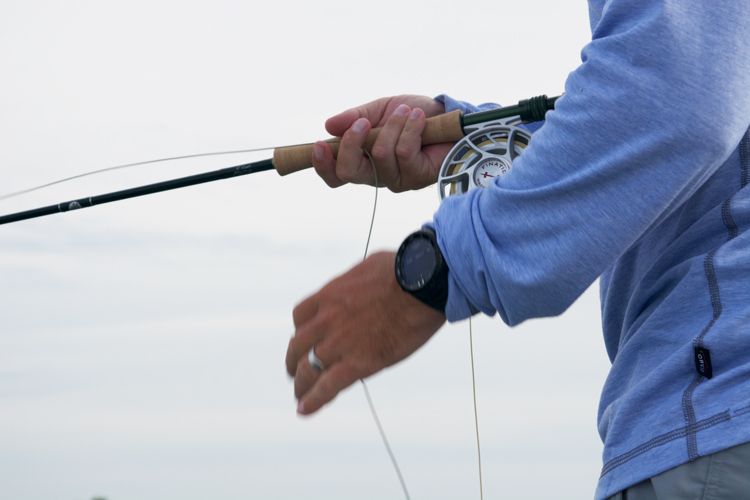 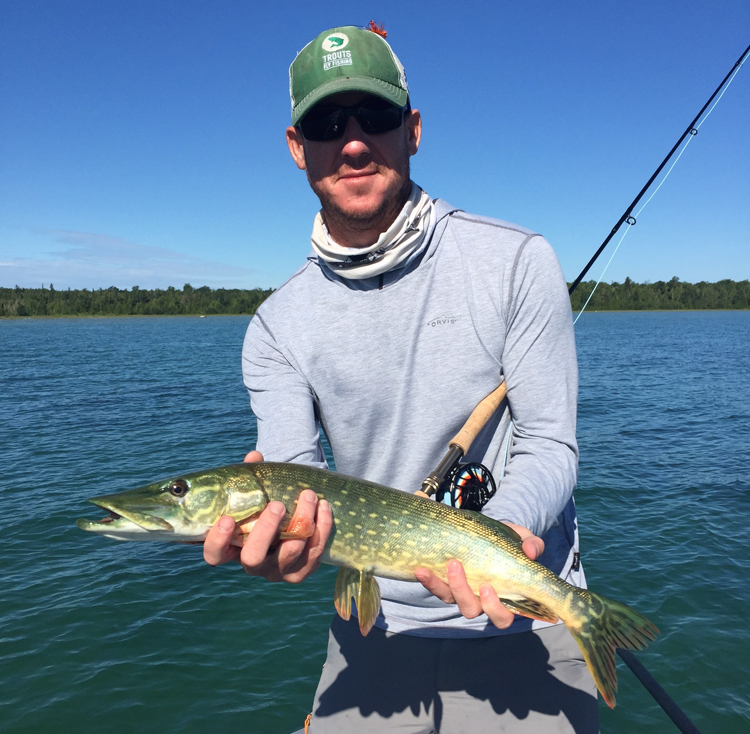 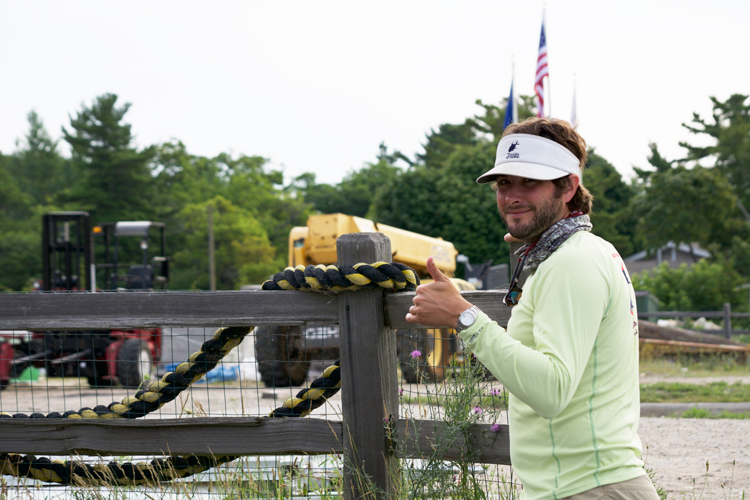 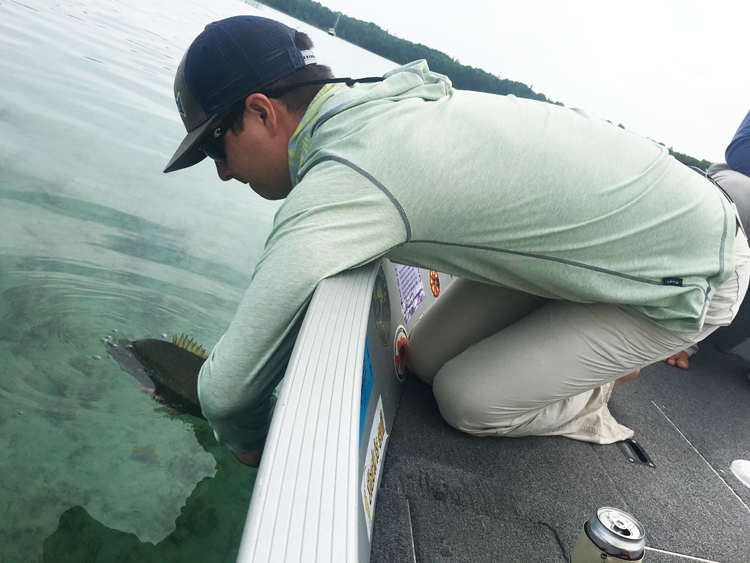 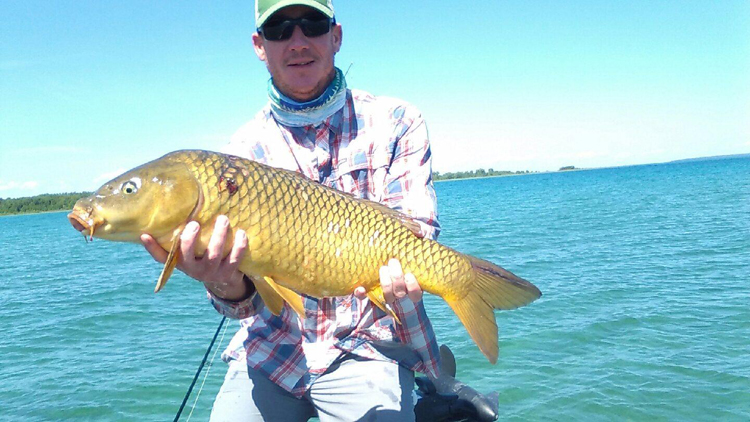 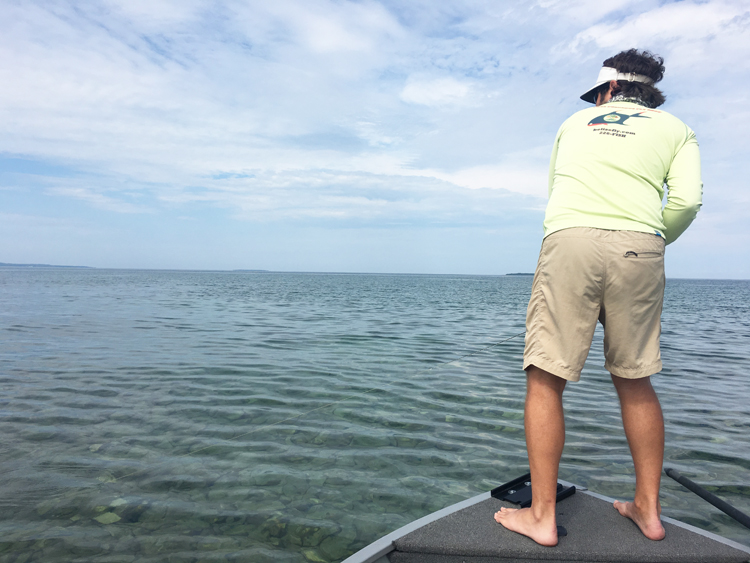 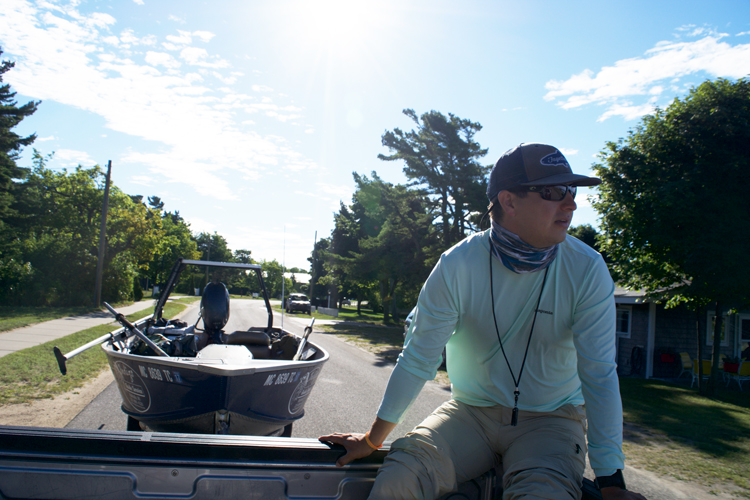 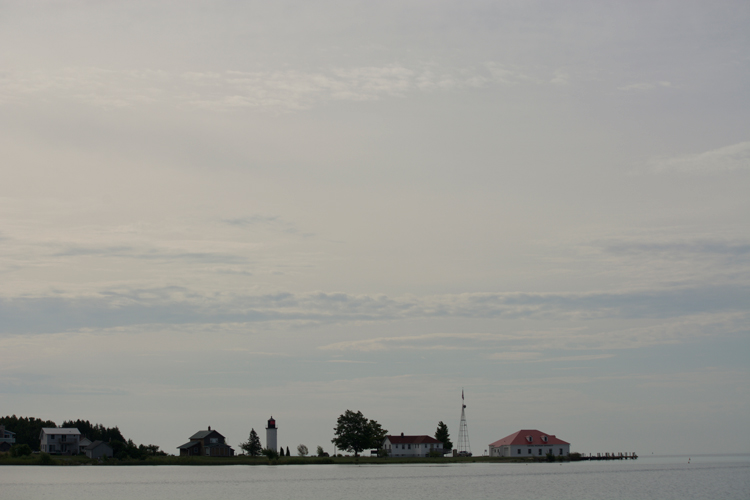 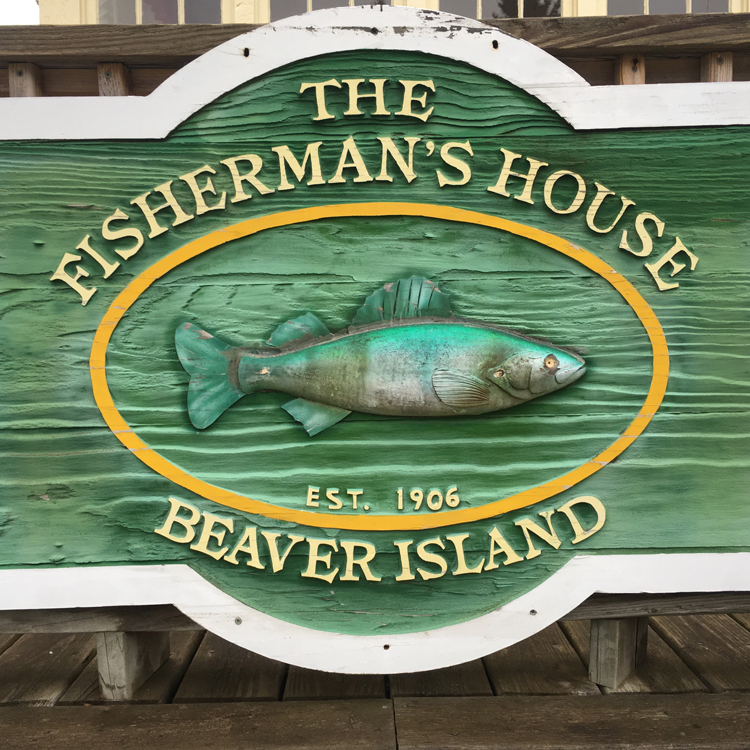