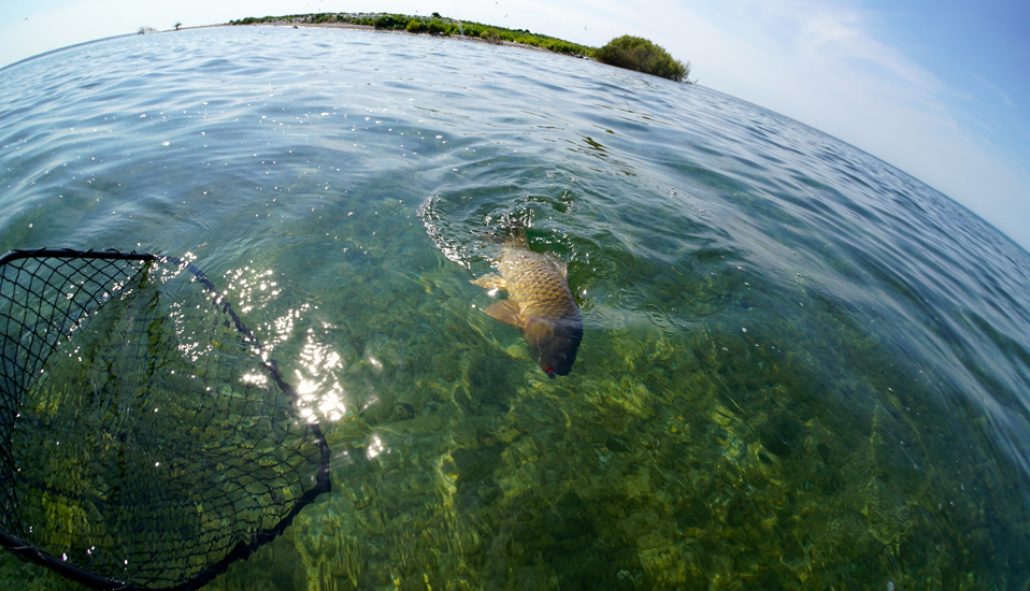 However, as I pulled out of the garage and sat waiting to make sure the garage door went all the way back down, I decided to hit MAIL icon on my iPhone. To my surprise an email popped up from Cameron Mortenson (aka The Fiberglass Manifesto) titled “Beaver Island 2015”. I’d first heard of Beaver Island 4 or 5 years ago and always had it on my list as a destination I needed to visit. The massive carp and smallmouth gripped and grinned amongst a backdrop that makes you think South Andros instantly had me hooked. While my instagram/facebook/this Blog primarily show myself/clients holding trout (hopefully large), I’ve always had a soft spot in my heart for carp on the fly since landing my first one with the long rod nearly 15 years ago- intentionally I might add. So as I sat there in my alley, garage door long closed, staring at an email inviting me to join in on Cameron’s 2015 trip to the Carpy Grail I knew I had to make it happen….now comes the fun part of waiting 6 and a half months for the trip to begin.

But let’s back up, for those unfamiliar (which I’m assuming is the majority of you) Beaver Island is, as the name implies, an island. It sits in the middle of Northern Lake Michigan approximately 32 miles west of Charlevoix, which is approximately 50 miles North of Traverse City. It is the largest island in Lake Michigan and is home to approximately 600-ish full time residents. Dubbed America’s “Emerald Isle”, the history of this place dates back to the 1800’s and includes a polygamist, Mormon king. Shortly thereafter the murder of said king, the Irish moved in and this cultural presence can still be felt throughout the 13 mile long island.

The week leading up to the trip was a crazy one as I attempted to build out the Blog, make sure all our guided trips were in order and control my excitement around my co-workers. If you know anything about our shop staff, they love to fish for carp and I know any one of them would have jumped on the opportunity to fill my spot on this trip. The lineup for the week (in addition to Cameron) included Shawn Combs of Orvis, Freelance writer/photographer Mike Sepelak, John Arnold of Headhunters Fly Shop in Craig, MT, and Mike Ward of Adipose Boatworks. It was a fishy crew to say the least.

The game plan for the trip started with an arrival in Traverse City on Friday the 26th of June, hopping in a car for the 50 mile drive north to Charlevoix- and as you can probably guess- hopping on a plane (painted the colors of the Irish Flag, not joking) for a quick 20 minute flight over to Beaver Island. We were staying at the Fisherman’s House, the spot to stay for such endeavors, and fishing with Indigo Guide Service.

Waking up on Day 1, it was a relief to see the sun shining just as Weather Underground had predicted. I can’t think of a better way to describe the next 6 days other than with the phrase “complete blur”. Breakfast and coffee each morning at Dalwhinnie’s Bakery and Deli (I highly recommend the Irish Skillet) followed by hitting the water, followed by dinner at a local spot in town, followed by a few beers on the front porch, followed by bed, followed by repeat all I just listed. Eat. Sleep. Fish. There’s no faster way to have 6 days dissappear than by following this schedule I can assure you. We’d head out each morning, 2 to a boat, venturing in all directions to explore the multitude of smaller islands that lie in wait, a short 10-20 minute boat ride away.

So now to the good part, the fishing. To put it simply, it was good. Damn good. Really damn good. But not easy. I’ve talked to quite a few people since my return back to reality and based off the pictures, I think they still struggle to believe that. I don’t believe there’s any such thing as ‘easy’ carp fishing, and it definitely doesn’t exist here. 8 and 9wt rods are the norm and you’d better be good at accurately casting 70’ with a cross wind to a cruising fish. All while anticipating the sink rate of your fly to make sure it intercepts your targets' gummy chompers at just the right time. Even though carp are big and have to eat virtually all the time, due to their poor eyesight they are in reality, a terrible predator. I can’t tell you how many times my fly was literally inches from a carp’s face on this trip, only to go unnoticed. And while every fish caught wasn’t the 70’, crosswind example I just provided, I’d say the average fish caught was at least 50 feet from me. The silver lining for this place though that makes up for the fact that you’re A) carp fishing and B) likely in challenging conditions, is the sheer number of fish inhabitting the area. During a full day on the water with good conditions, it wasn’t uncommon to literally get hundreds of shots at fish. With those odds, you’re likely to get the stars to align on at least a few of your casts. 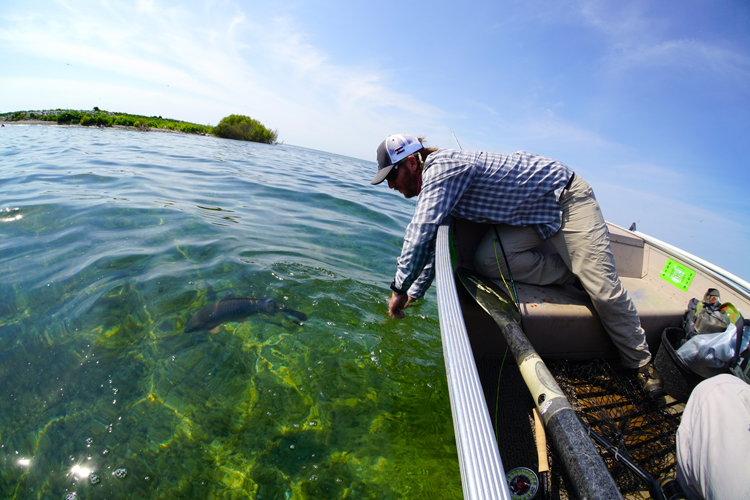 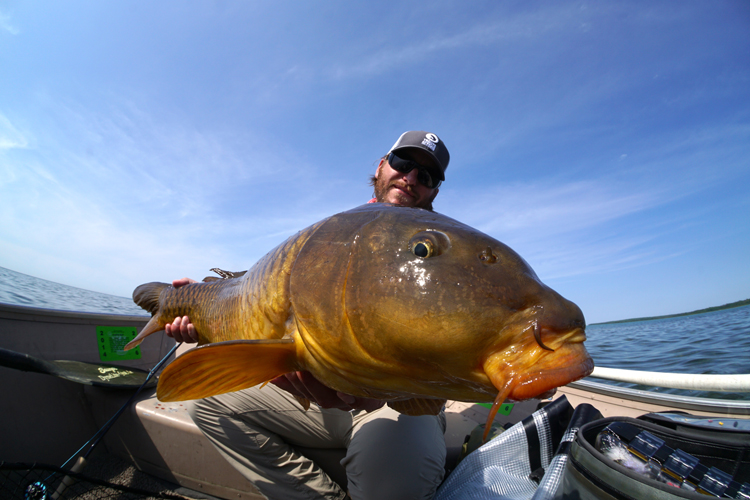 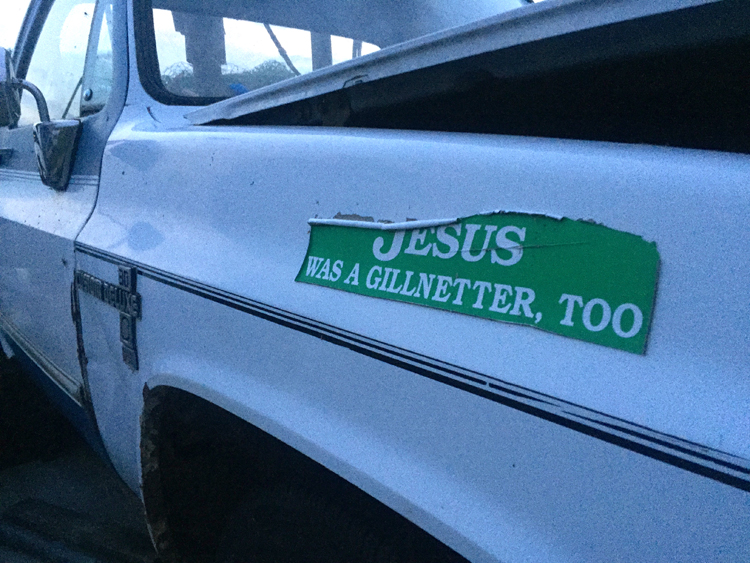 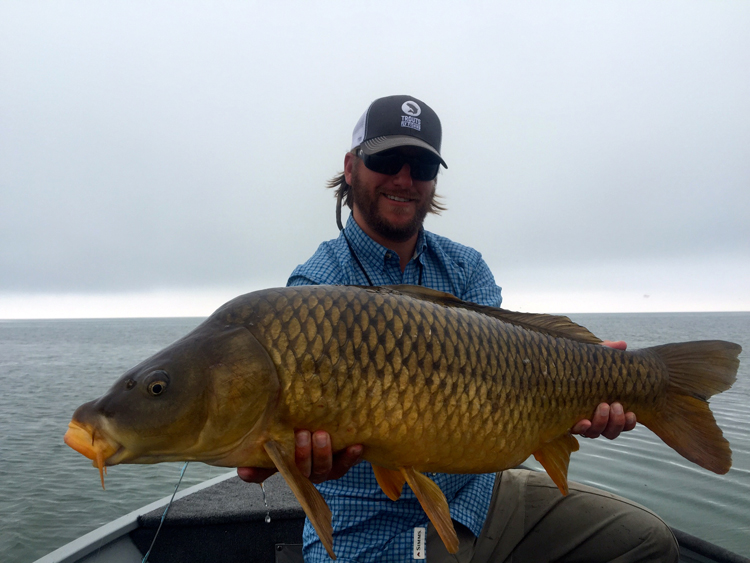 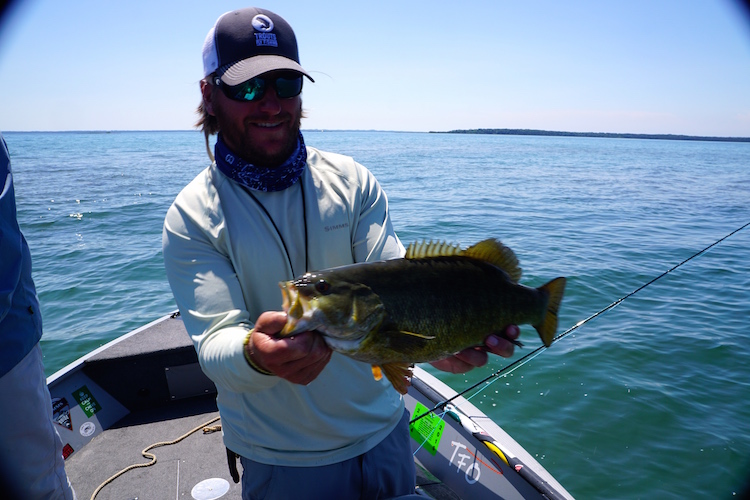 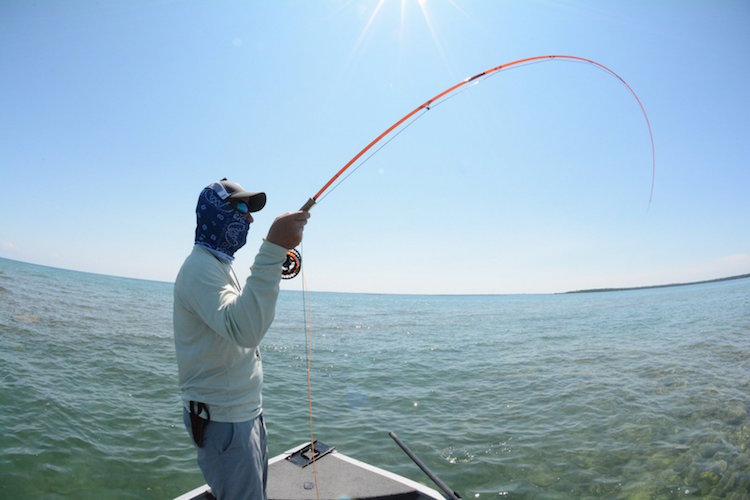 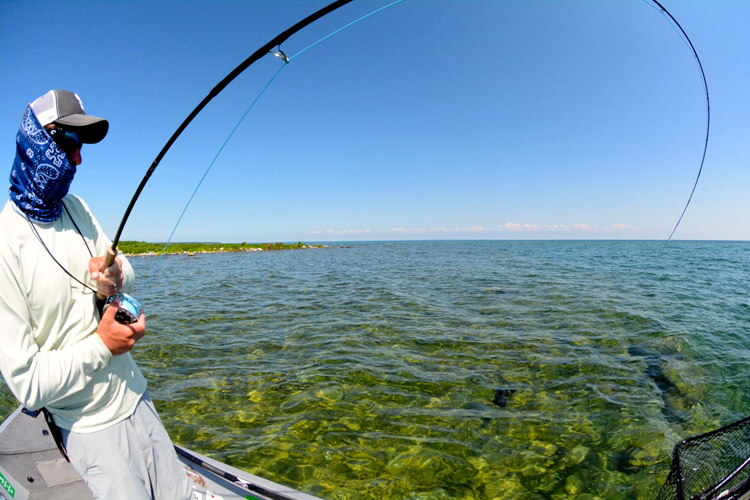 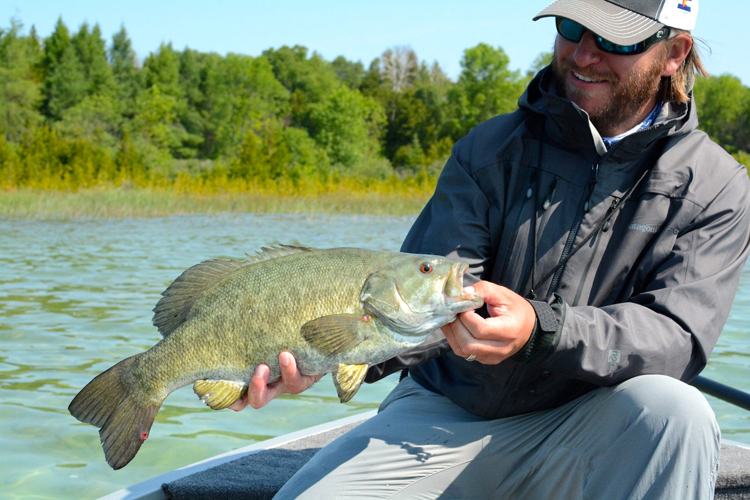 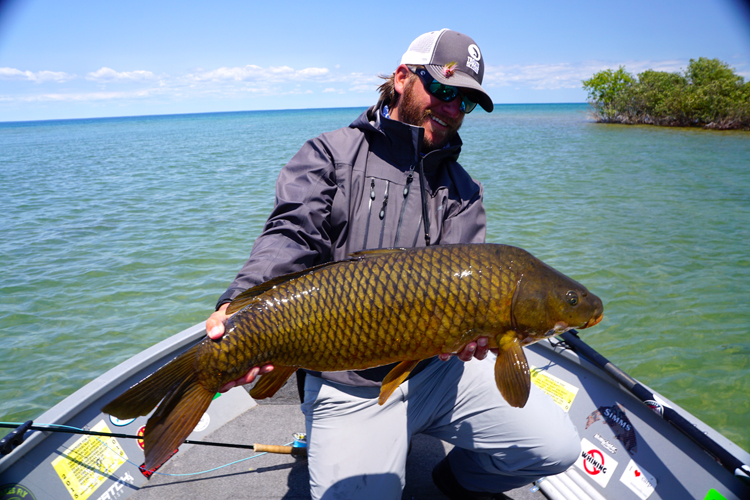 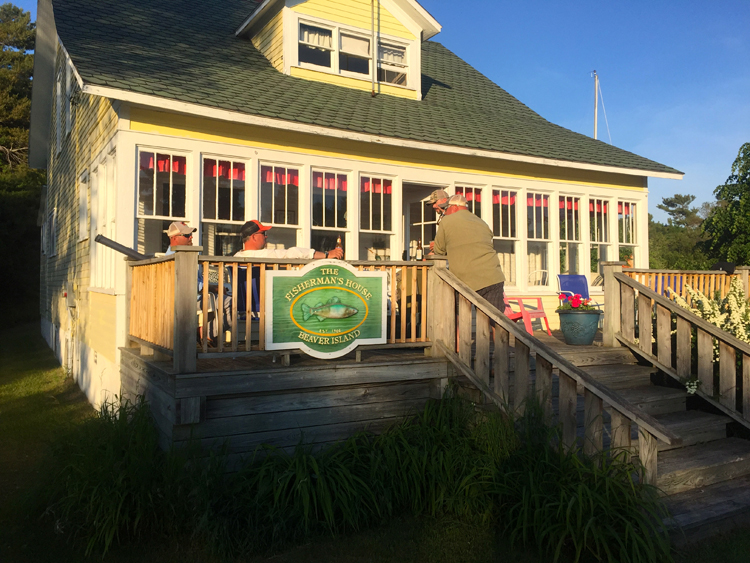 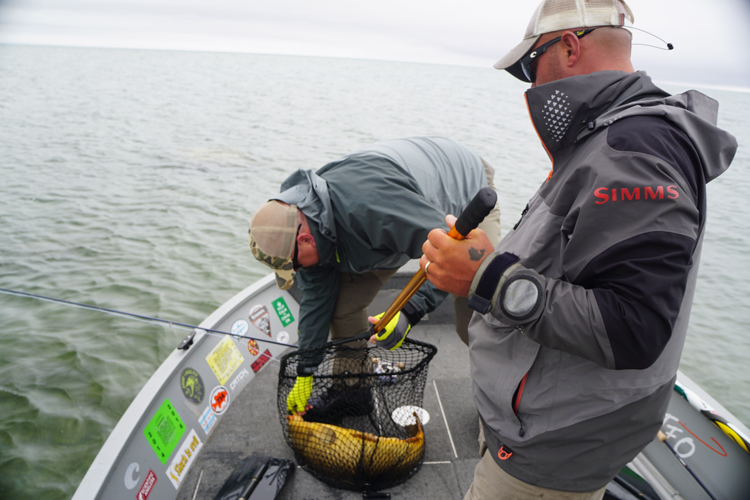 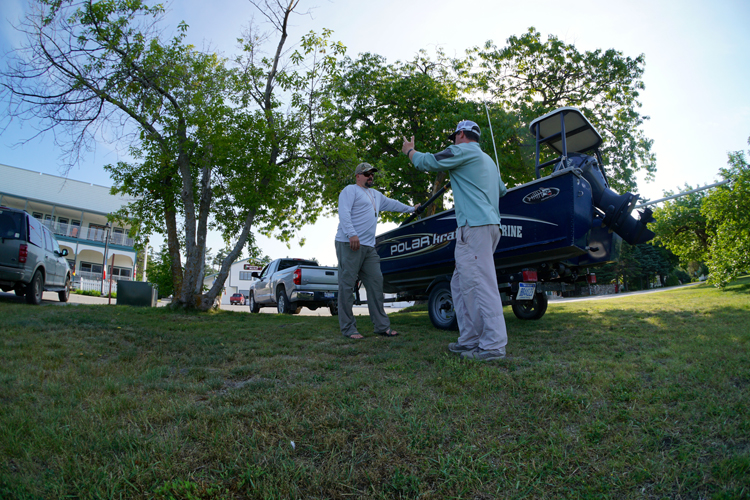 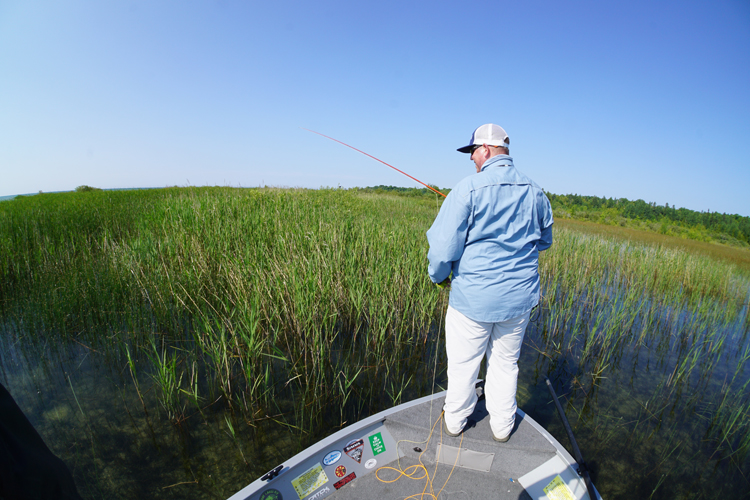 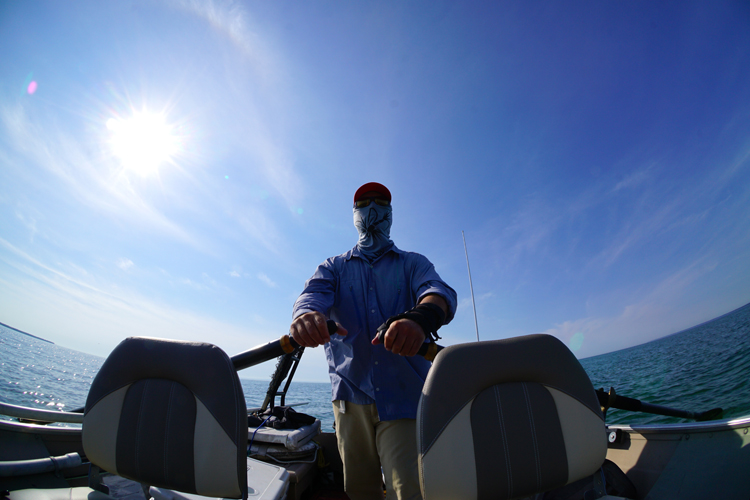 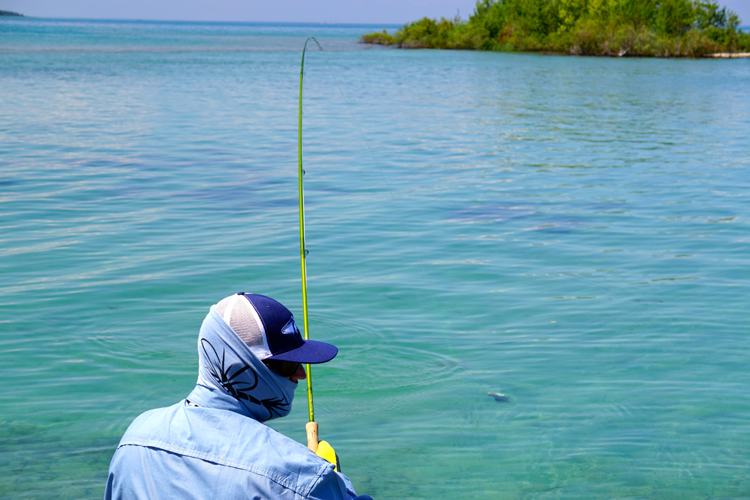 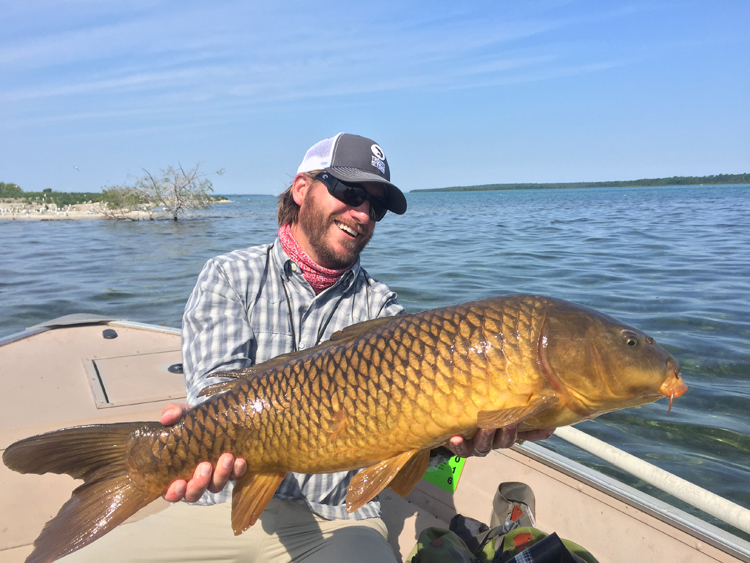 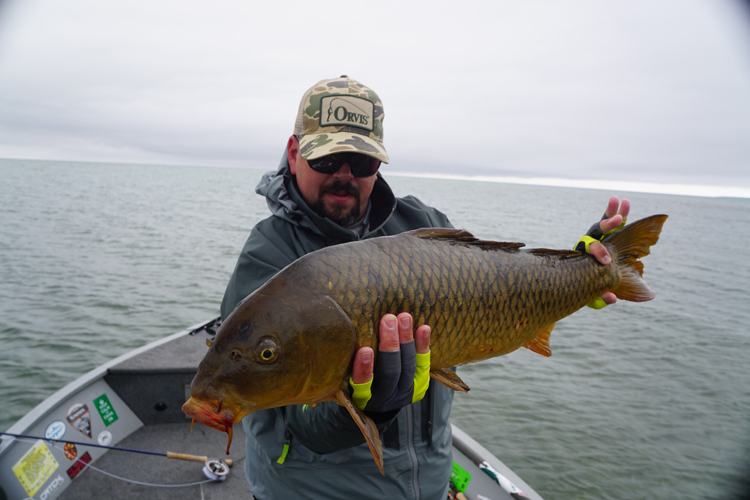 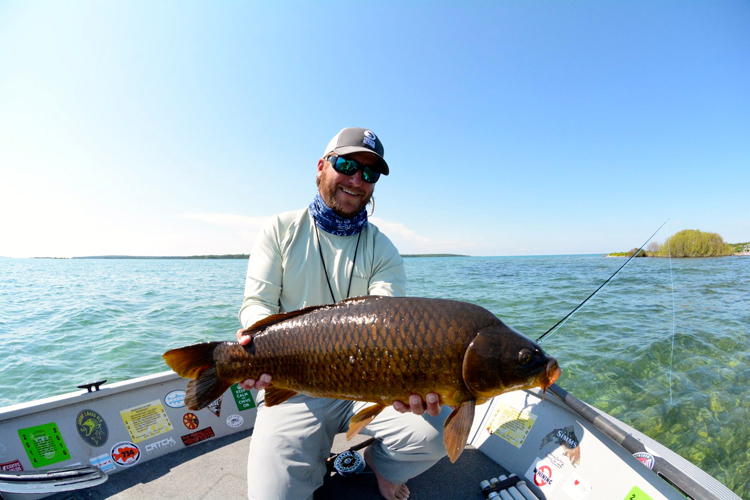 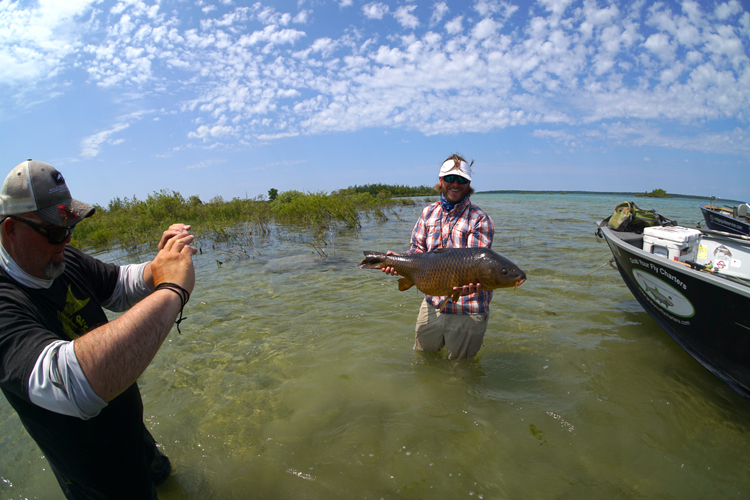