Our friends over at Fly Talk just posted this story about greenback cutthroat trout and we found it pretty interesting. What do you think about it? 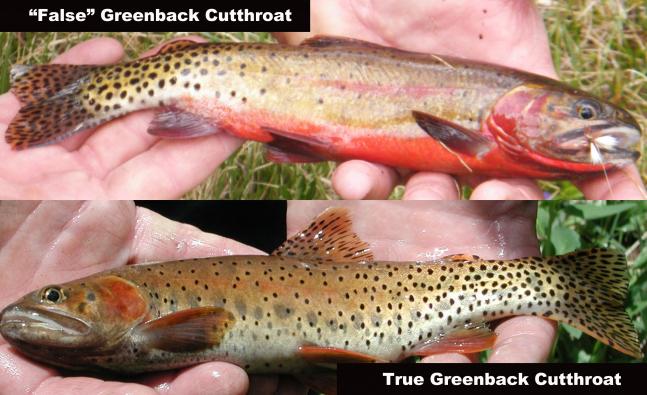 "After years of speculation and concern, fish biologists (and anglers) who have endeavored for decades to restore the native greenback cutthroat trout--Colorado's state fish, native to the South Platte River drainage--have learned the truth about the status of this iconic species. I'll start with the bad news."

"All of those "greenback" cutthroats some of us have been catching in remote wilderness streams and lakes east of the Continental Divide aren't greenbacks after all. Based on the best available genetic science at the time, we thought they were, but they're not. They're actually either Colorado River strain cutthroats, which are native to the West Slope, or a more nebulous strain scientists are calling "lineage GB." I'll spare you the genetic details, but we now know for certain that they are not native to the rivers east of the Continental Divide."