Blue Wings On The Brain: The Refresher Course 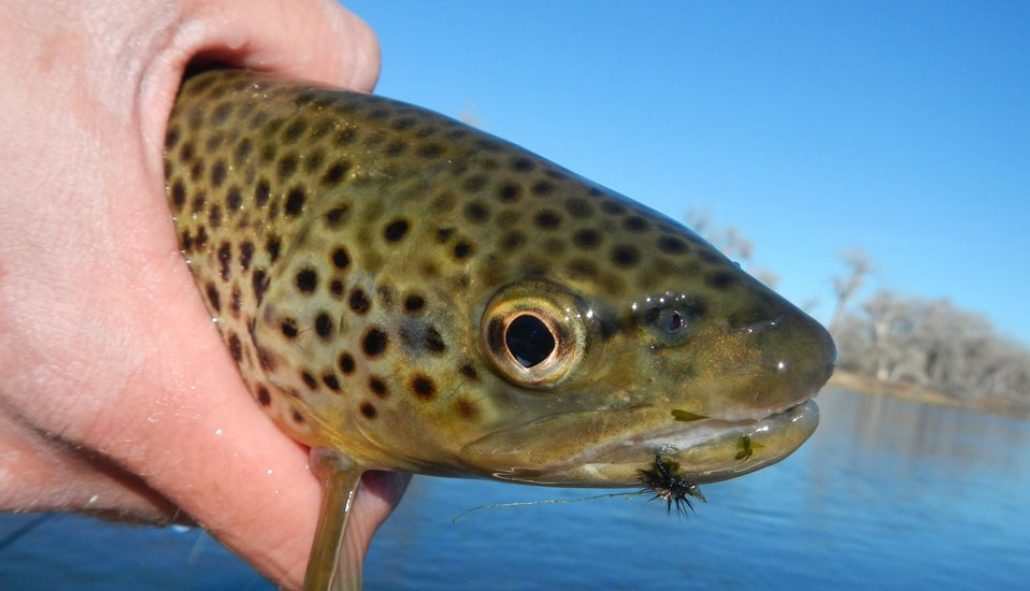 Last week we discussed the topic of basic fly selection and keeping it simple when it comes to choosing which fly to fish. If you've ever felt confused or intimidated by this topic, and didn't get a chance to read that article, click here. When discussing the topic of Mayflies in the article, I made brief mention of a Blue Wing Olive, or Baetis, mayfly. This mayfly is going to be a very good insect to imitate over the next 6 months and today we will discuss it in a little more detail.

From a taxonomy standpoint, when people refer to Blue Wing Olives, they are referring to mayflies that fall under the family known as Baetids. Under this family we find several genus', one of which is indeed the Baetis. Discussing this genus can be a very complex and confusing one. Additionally, Baetis are just one genus of mayfly that falls in the family of Baetidae. Pseudocloeons, Callibaetis and Diphetors are a few common mayflies that also fit here. These little aquatic insects are constantly under the microscope (literally), being re-classified and re-evaluated and dozens of different subspecies have been identified. The good news though is that trout could care less about latin names and advanced entemology. They just know small, darker colored mayflies taste good...and over the next 6 months there's going to be a lot of them around. This is what you should be concerned with as well. If you're reading this article and are an entemologist, or perhaps just consider yourself a mayfly afficianado, I encourage you to find another article to read, as the following paragraphs will surely make you cringe due to the simplicity I'm going to attempt to make out of these bugs. 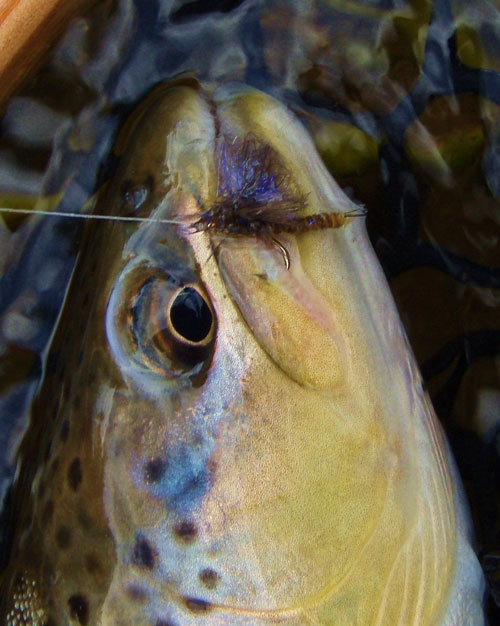 It's no secret that trout love mayflies, and the fact that these smaller varieties inhabit nearly every trout stream in the US makes knowing a little about them all the more important. In the following paragraphs we will discuss the life cycle of Blue Wing Olive mayflies, where you should look for them in the river, and effective flies to imitate them.

The Blue Wing Olive mayfly, just like all other mayflies, begins its life on the bottom of the river as a nymph (or pupa). These small mayflies- in both nymph and adult versions- are very rarely larger than a size 16 and seldom smaller than a size 20. Rather dark in appearance, these bugs can be easily identified by having a larger head with a body that tapers towards its tails. Nymphs will typically be brown, have 3 tails (with the middle tail being shorter than the outer 2) and 6 segmented legs. When they get ready to hatch, the nymphs will release from the rocky bottom and swim towards the surface to hatch. Nymphs have also been observed swimming short distances from rock to rock in an attempt to find a new home/more food. This can make fishing nymph patterns effect anytime throughout the day. Once these nymphs reach the surface, they will float for a brief time while hatching into adults, eventually flying off to create the next generation. Once mating has occured, the females will land back on the surface to lay their eggs. Some will even swim back down to the bottom and lay their eggs amongst the riverbed. This act is referred to as a "spinner fall". Blue Wing Olives can hatch anytime throughout the year, however the fall through spring, excluding any brutal cold spells in the winter, will see the most consistent daytime activity. Gray, drizzly, overcast days from September-November, and then again in February/March/April, typically produce the most prolific hatches. From a hatch standpoint, the nymphs will typically get active on the riverbed mid-morning, with the actual hatch taking place during early to mid-afternoon. Once a hatch occurs, and mayflies are visably seen flying around, most adults referred to as a "Blue Wing Olive" will be around a size 18 or 20 and have 2 tails. For most practical fishing situations, catch an adult flying around, take a look at the size/color, and pick a dry fly that matches this. Most adults will be varying shades of olive, gray and brown. The wings will typically be a darker, smoky/blue color.

Blue Wing Olive nymphs can live anywhere along the streambed, however the slower to moderate flowing water will hold the greatest concentrations. Look for fish to move into these areas and take advantage of the nymphs as they become more active in preparation to hatch. Back eddies can also be a very productive place on the river to fish the BWO hatch. Hatching and emerging nymphs will often float around, literally in circles, in these locations and the trout know this as well. Foam lines can be another good spot to concentrate these insects during this vulnerable state in their lives. Fishing the emerger stage of a BWO hatch can be a very effective way to put fish in the net. Because of their small size, emerging nymphs are often unable to break the surface film and can essentially become trapped, or crippled there.

From a fly perspective, there are multiple different ways to imitate this insect. In general, the flies you should be concerned with can be classified into three different categories; nymphs, emergers, and dry flies. Knowing which type of fly to use is a simple task. During the morning, nymphs will be the key to success. As mentioned, most hatches take place later in the day. My general key to switch off the nymphs is when I start seeing feeding activity closer to the surface, or when the first few adults of the day can visibly be seen flying around. Seeing fish actively feeding near the surface, perhaps darting around or even breaking the surface with a porpoising motion, is a surefire sign that a hatch is about to occur. At this point in time, its safe to assume these fish are feeding on emergers. A full blown hatch will be easily identifiable, and you will see a noticeable number of adults flying around. If the hatch is thick enough to get the fish's attention, you will almost always see trout noses breaking the surface as they feed on these adult insects. Activity such as this will be the key to making the switch to a dry fly. Fishing a dry fly with an emerger trailing 24 inches off the back can be very effective during these times as well.

Below is a list of popular flies to imitate Blue Wing Olives. 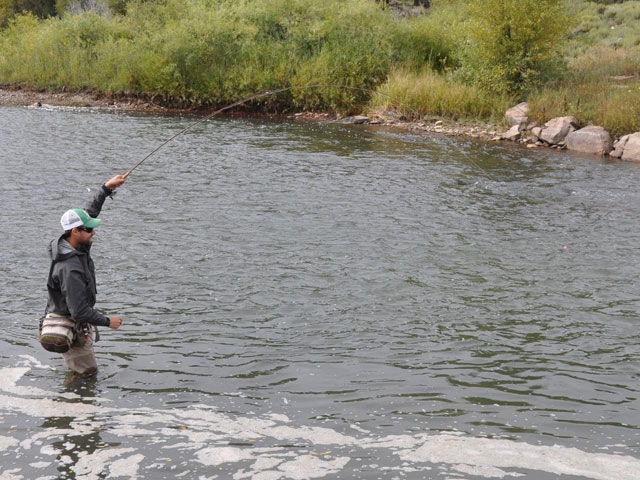 To sum it all up, the Blue Wing Olive is a very important part of a trouts diet, particularly from Fall through Spring. While it's possible to make identifying and classifying the "exact" insect you're seeing on the river as complicated as you'd like, effectively fishing the hatch can be relatively easy. Simply understanding a few key features of this bug and how it lives it's life will be all it takes to make you a much better and more seasonally prepared angler as we leave summer behind. Additionally, I would highly suggest doing a Google Image search of the term "Baetis". This will produce a substantial number of quality pictures of both adult and nymph BWO's for your viewing pleasure.

As always, if you would like to discuss any of the above mentioned information in further detail, give us a call or swing on by. We're always happy to answer any and all questions related this topic or any others. Additionally, if this made you realize your fly box was a little light when it comes to BWO's, we have a large selection waiting for you here at the shop!