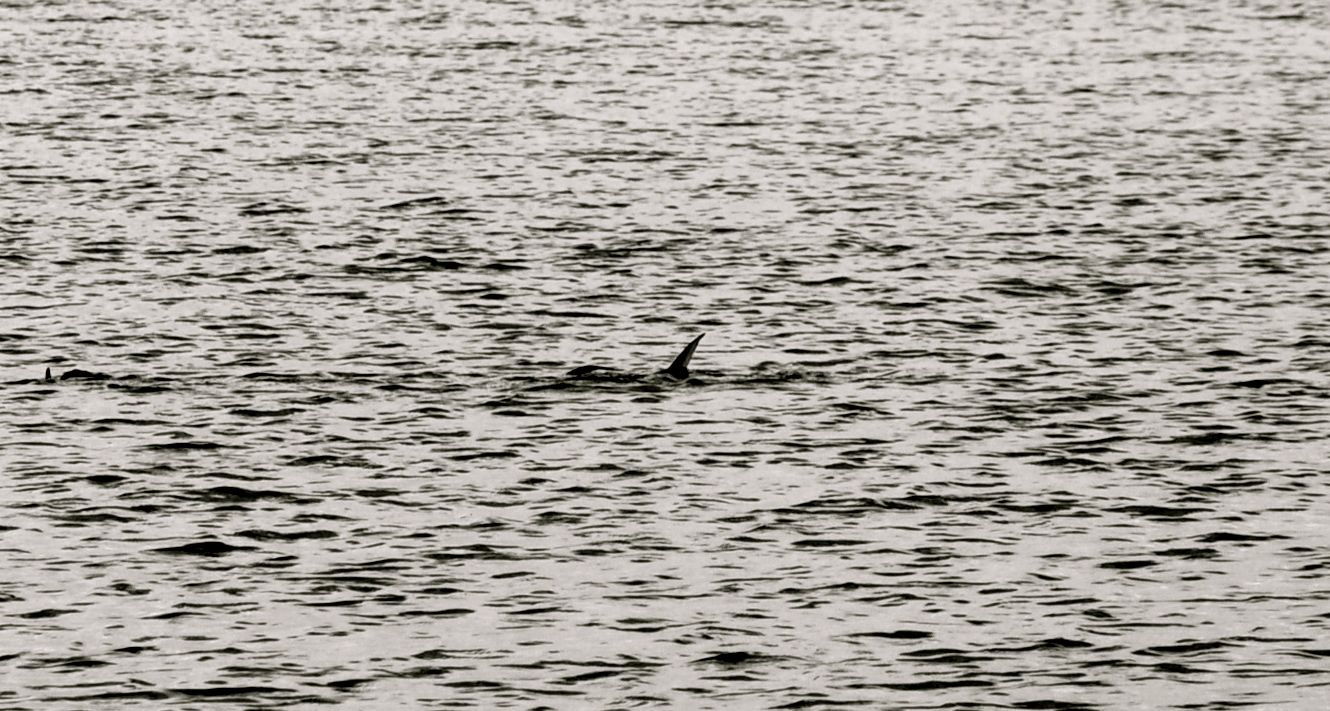 Over a year had passed and he still had not caught a permit. What had started out a mild curiosity had blossomed into a distant fascination. Permit were a magnetic enigma - their behavior vexing and alluring all at the same time. From there, things morphed into what Isaha, his closest associate and now fishing partner, called an unhealthy obsession.

“It es just a permit, jefe. Your life will not change either way if you catch one or not,” said Isaha in the early morning as he poled a breezy flat under cloudy skies and poor light. Over the time they had worked and fished together, Isaha’s english had improved greatly. He said the words with compassion, like a friend.

He ignored Isaha and stared looking for nervous water - or maybe a sickled onyx tail.

Things had not changed much otherwise over the year in the small town of Punta Allen, Mexico. Across the country the financial situation seemed to be deteriorating at a faster rate that had some of his associates in Mexico City and Bogota nervous - or at least it was a topic of conversation that arose with more frequency. His business was, for the most part, a cash enterprise based and fueled by the the US Dollar - which there seemed to be no lack of a supply when it came to the product he transported. The demand for it in the US seemed to be insatiable. Back in the States, word of John Belushi accidental overdose of cocaine and heroin had just reached him 10 days after the fact - and he felt oddly bad and disappointed about that.

But today - the 25th of March was not a business day. Today was a day that he set off with dogged determination to catch a permit.

“OK, let’s move. I’m going to show you a new, special spot I found,” said Isaha finally. Isaha put his long pole into the panga and started up the single engine. After a 40 minute run south Isaha began making turns with the boat. He seemed to be looking for something in the mangroves - although the mangroves were at least a quarter mile from where they were. The water was deep and green. This was not not permit water. Isaha cut the engine. He picked up his 10 foot pole and pushed it deep into the throat of the bay - only a foot of it remained above the water’s surface when it finally touched bottom.

‘Not a permit flat,’ he thought to himself. He looked back at Isaha. 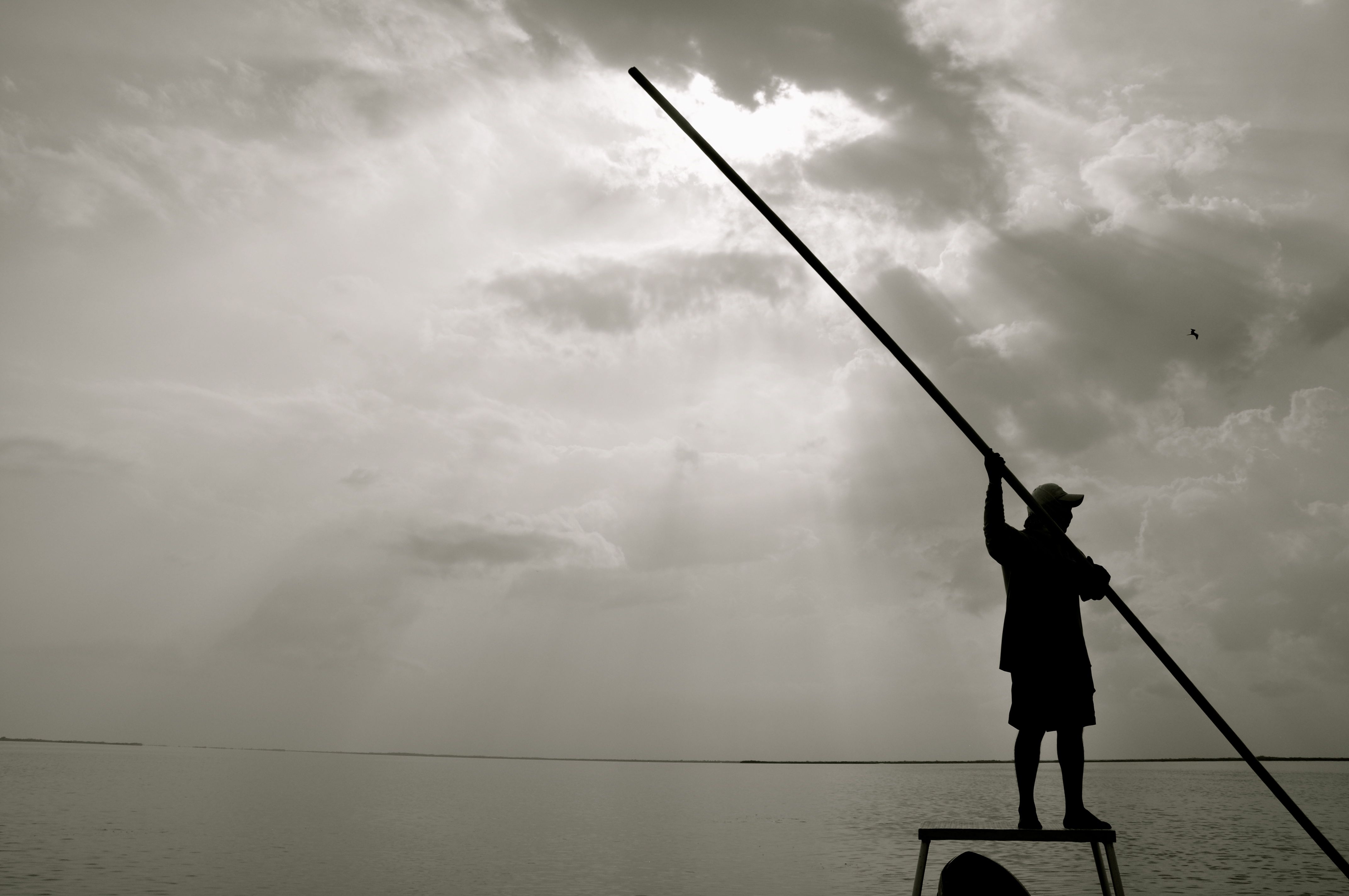 There were two dark coral heads that lay hidden just under the surface of the water. They were spread about 60 ft. apart. The water all around was ubiquitous - except for these two features.

He assessed the situation as he stripped line from his reel and stood at the front of the panga. He trusted Isaha - with his life - but this was not a permit flat.

‘Why the fuck are we fishing here?’ he thought to himself. Permit had begun to teach him patience on the water, but he didn’t like to waste his time.

He turned and gave Isaha one last quizzical look. 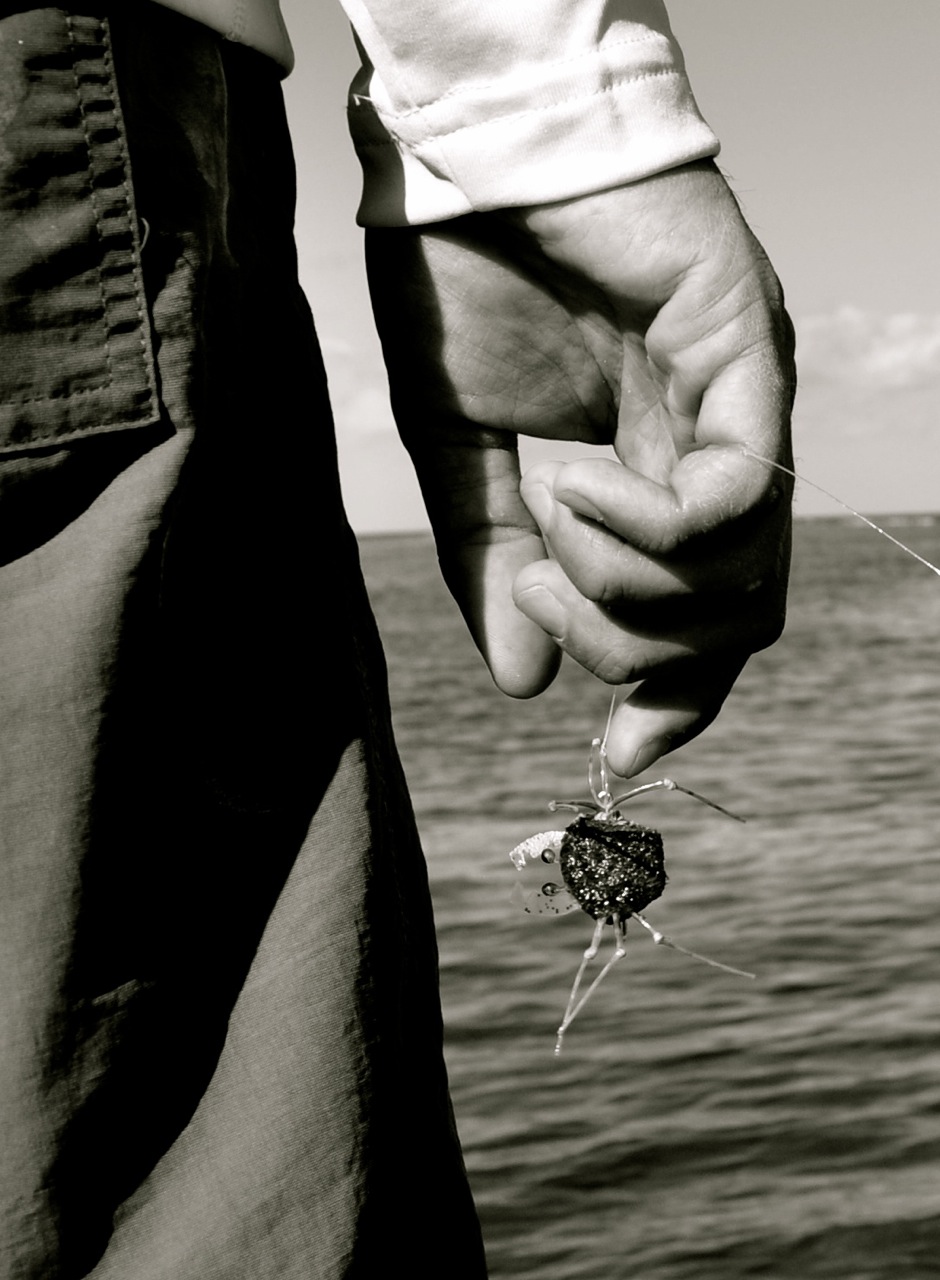 He looked. He stared. The water was green. No wakes. It was then that he heard the clunking sound of the anchor over his shoulder. Isaha was pulling out the anchor and clearing coils of the rope it was attached to. Now he was completely confused. He and Isaha had spent hours fishing for permit over the past 18 months - both on foot and from the small fishing boat - never had they ever used an anchor.

Instead of airing his concerns with Isaha he surveyed what was in front of him. The two brown spots at first looked like coral heads - but they could be something else. Two large rocks? A wrecked boat? A downed plane maybe? The light was low and the clouds above were thick. He popped his aviators down on his nose to see if he could even feel on his retinas where the sun should be. Nada. He continued the conversation with himself.

‘fuck.’ he thought. Permit had begun to teach him patience but it was a skill he had not yet mastered.

There he stood and stared. Even with the clouds and breeze, it was warm. Sweat rolled down his temples and the back of his shirt was wet.

“OK get ready,” said Isaha. Not a word had been spoken between them for 15 minutes. “Over there, on the right spot. Watch. A permit.”

All his one-way shit talking and skepticism halted. Everything went into focus - 60 to 70 feet from his toes. He stared at the dark spot off to the right - sure enough a jet black fin sliced through the aqua marine water. The dorsal was enormous. It bobbed for a moment and then disappeared. Then the caudal fin poked through the water silently - two massive black swords. He had seen plenty of permit over the course of the year, but not like this one. Not since...

He made two smooth and controlled false casts and dropped the fly about four feet from the fin. The dorsal disappeared.

“Whhaait,” said Isaha. “He’s still there.” Isaha had better eyes than he did. He couldn’t see anything now - the water was too off color. He stripped in the rest of his line slowly and they both waited there in silence for another five minutes, gently anchored to the rhythm of Ascension Bay.

This time he saw it first. The fin appeared right where it was the first time. He started casting.

This time he put the cast closer.

He stripped. The fish disappeared this time and he saw the wake. He waited for the tick - the subtle take that he had so long imagined. This was it.

He was disappointed but keyed up. The fish was still there - he didn’t spook it. He made the cast. The permit was in range. He could do this. He energetically stripped back the crab pattern staring at the brown spot to the right.

He wasn’t really paying attention to what he was doing. He was stripping in the fly for utility reasons - he wasn’t really fishing. He just wanted to get the fly in quickly to make a change, it was like a pit stop in the Indy races. Get it in, get it changed and get back out on the track.

Not a bump - not a subtle hitch or hick up in the line retrieve. It was like a car accident hit his fly and there was a violent flash of silver.

“Set! Set! Set! Set!” yelled Isaha, equally shocked and assaulted by the violence that erupted on the surface of the water.

He kept his rod tip down and strip set the fish - trying to find that point between absolute tightness between his hand, fly line, hook, and the fish and that sound of “pop” when the fish and tippet parted ways forever. Everything at this point was instinct and reaction - there was no skill or thinking.

“Brickhead. Holy shit. It is you again,’ he mind raced.

The fly itself was a pretty big meaty crab imitation. It was meant for deeper water, to get down fast. He had wound lead wire into the body and had just begun experimenting with rubber legs he cut from a jar opener - the kind you use for pickle jars that are hard to open. He painted the tips orange because he had noticed orange in the crabs in the bay.

The fish had first run toward the boat, which made keeping the line tight difficult. Now it turned and blasted.... BLASTED... into the air. It launched a good six feet straight upward, just about eye level with the boat. 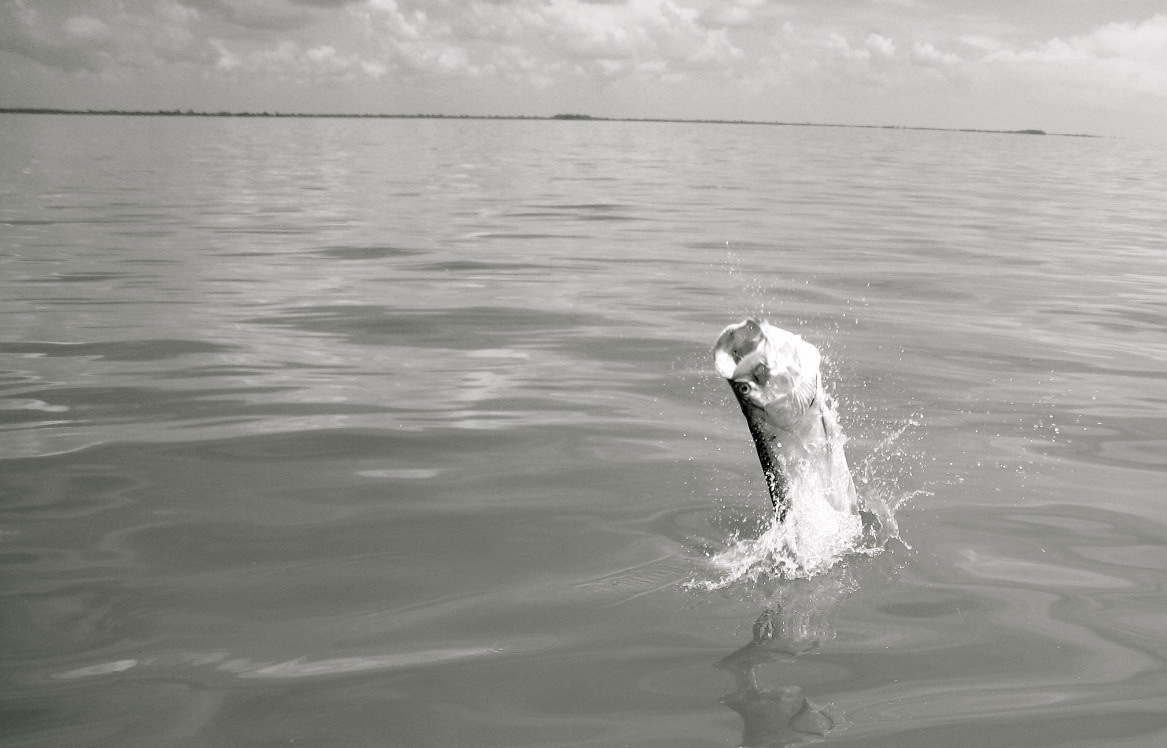 Isaha connected all of the pieces of the puzzle at the same moment.

The fish was about 25 pounds and hit the surface of the water like a bomb going off. SMASH. It took line for a second or two and then blasted again. Ignition. Take Off. KABOOM. Right out on top of the big coral head... rock... or whatever it was. And this was the last he saw of the big fish. His line went slack. He made a few strips, hoping it might come tight again, knowing in his heart that it wouldn’t. 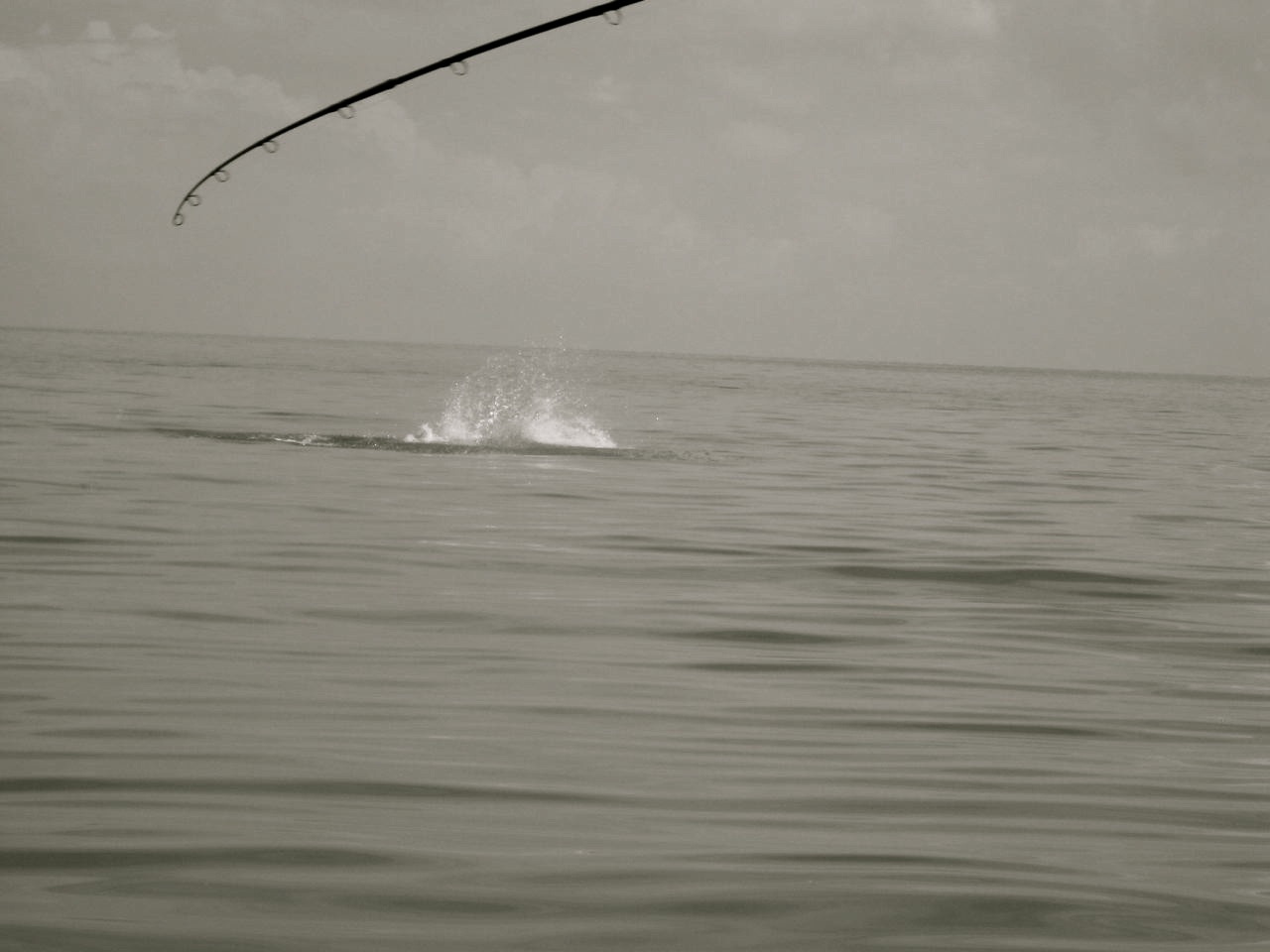 He squatted at the front of the boat and slowly stripped in the line. The crab was still there. The tarpon had spit the hook - or he never set it properly. He closed his eyes. Either way. He knew that both fish were gone. Long gone.

Neither angler or guide said anything for a few long moments. He bit his lower lip and stared out onto the waters surface - it was calm again like nothing had happened at all.

“I think weeth all of the commotion, the permit has left,” said Isaha. “Don’t worry though, we can find another place.”

The words again - spoken with compassion.

Ed Note: THE ORIGINAL BRICKHEAD WAS PUBLISHED IN THE DRAKE MAGAZINE IN 2010. TO CHECK OUT THE ORIGINAL, CLICK HERE.