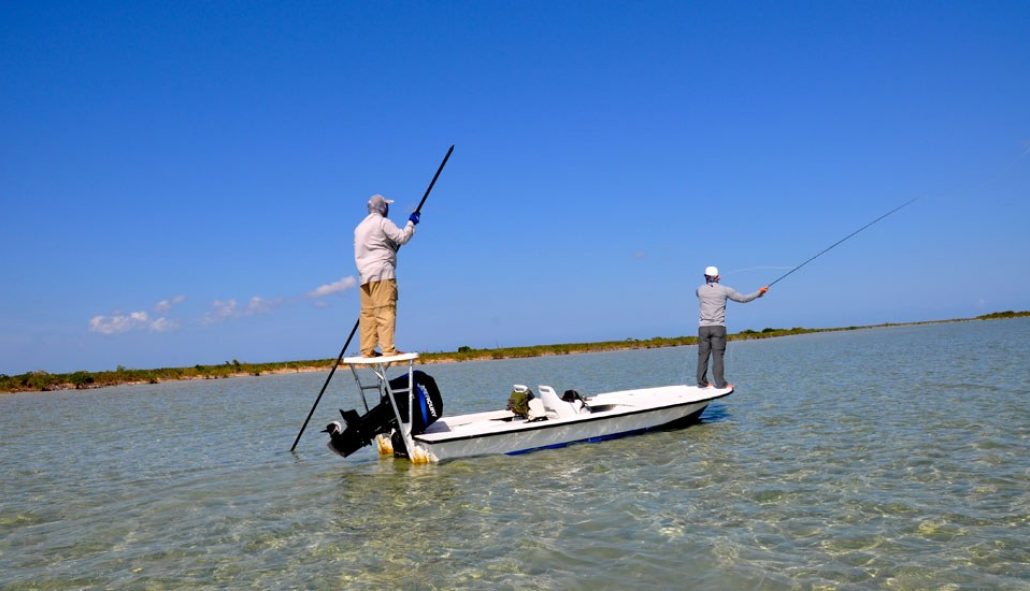 I’m still yet to meet an angler who wouldn’t mind being able to cast better, and more importantly, further. As the fishing season starts to ramp back up, many anglers will find themselves working out a few cobwebs after months without a rod in their hands. Additionally, many anglers are fighting off Old Man Winter by packing their bags and heading towards warm, salty, (and most importantly) fish filled destinations. I’ve heard countless anglers say they want to learn to double haul, and there's no doubt this is very useful (especially) in saltwater fly fishing. Does this mean you can't catch fish though without it? Absolutely not! While a double haul is a great skill to learn, incorporating the 4 steps below will make learning this much easier- and don't be surprised if it starts to almost happen almost naturally as a result. Focus on your form and the rest will begin to fall in place!

Here are my top 4 Casting Quick Fixes that will instantly add distance to your cast.

Get Your Arm Up- This is where the majority of my casting lessons always seem to start. Watch any accomplished angler- particularly when ‘power casting’ such as in the saltwater or throwing streamers- and you’ll see a common theme. Their arm (at their armpit/tricep) is making- on average- a 90 degree angle from their torso. Additionally, the angle at the bend of their elbow is also going to be around 90 degrees, sometimes even slightly more. My general rule is to keep your casting hand somewhere between shoulder and ear height throughout the cast!

Paint The Ceiling- I realize this probably sounds strange at first, but is without a doubt the easiest way I've found to correct a poor cast. Watch any experienced caster and you will notice the tip of his/her rod is traveling on an even plane. What this means, is that if you were to freeze their cast at any point during the forward/backcast, you would notice their rod tip is at the exact same height in relation to the ground. (Additionally/coincidentally, so is their casting hand). So now on to the ceiling reference, imagine you're indoors, have a paint brush attached to the end of the rod and you wanted to paint the ceiling over your head. How would you make the rod travel on it's path backwards and forwards to accomplish this? If you find that your motion would be more suited for painting the inside of an igloo, make the appropriate corrections. Paint the ceiling overhead. Don't paint the inside of an igloo. This is the easiest way to tighten up your loops (on both the forward and backcast), which will help add distance, combat the wind, and in general, help in every aspect of your casting.

Open Up Your Stance- This is another easy way to add distance and leverage to your cast. Now that you’ve got your casting hand at ear height, and our rod tip is traveling on an even plane, turn the foot on your casting arm side out at a 45 degree angle and drop it back a 12 inches or so. (i.e. if you cast with your right hand, move your right foot) Now cast. You’ll instantly notice your upper torso opening up slightly which will help increase the length of your casting stroke- which adds power to your cast. Keep in mind, your body shouldn’t be ‘twisting’ back and forth from your target, rather just opening up ever so slightly on the back cast.

Cast OVER The Fish- This is another tip that can add an easy 10 feet, yet I see countless anglers fail to do. (admittedly even myself in a moment of excitement) While I realize the fish are in the water, avoid casting “at” the water/fish. Picture casting “over” the water instead. Dropping your rod tip too abruptly on your final forward cast can open up your loop and cause you to lose line speed. Making this mistake can be especially detrimental in windy conditions, where the force of the wind will add even more loss to your line speed. Your casting arm should be totally extended in front of you, and the fly line completely extended from the rod tip, before you lower your arm (which will be at the same rate the fly line is dropping towards it's target)

Study the pictures below and you will see all 4 of these steps being executed in near perfection. Note 1) The angler's arm up and extended from his body and his casting hand is between should and ear height. 2) As he moves through the casting stroke the rod tip/casting hand stay on the same plane 3) His stance is slightly opened up, with his right foot slightly turned out and dropped back. 4) Notice the final casting position- the rod tip is stopped at the same height as it was on the backcast. The angler's arm is fully extended towards the target and lastly, his rod tip his pointed out over the water as opposed to at/in the water.

No matter what casting skill you're looking to learn, Trouts Fly Fishing is proud to offer private casting lessons designed just for you! Give us a shout or swing by the shop and let us know how we can help improve your casting. 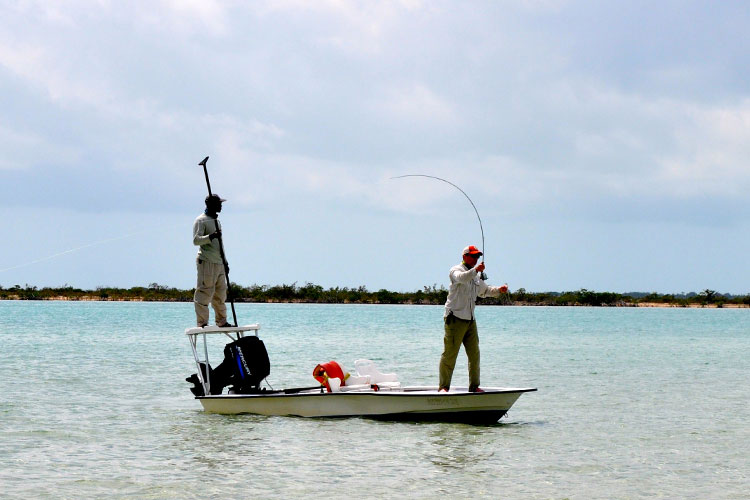