Cheryl and The Boss go Fishing 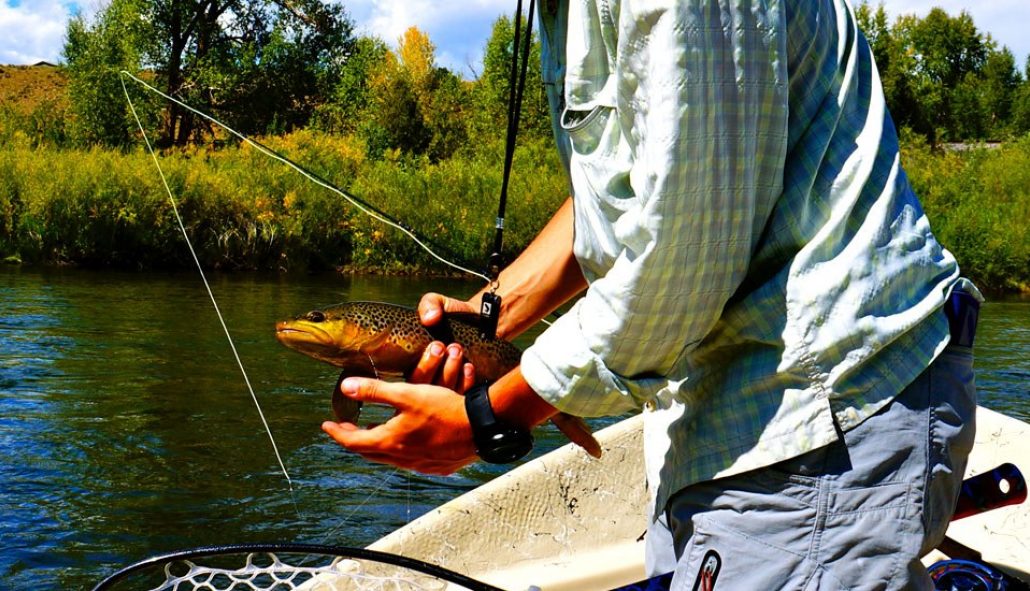 Back in college I made the mistake of leaving a birthday card from my mom out on the kitchen counter, which inevitably found its way into the hands of my roommates. Unfortunately my mom's nickname for me was divulged, beginning what would become my new moniker for my roommates and friends alike. Luckily that name has since died been reserved for my mother once again, but the memories of said episode will always be a fond memory of my younger years.

Let's face it, we all have a nickname of some sort, and most tend to believe that their unchosen moniker is far worse than it actually is. I have personally always admired those willing to freely divulge their alternate persona, as owning it often is far better than trying to hide it. So it was on a recent float trip down the Colorado River during which time another staff member from Trouts happily shared his nickname with The Boss, providing what would be one of the more enjoyable days of fishing I have had in a long while. The staff member shall remain anonymous, as it is not my duty to divulge the individual.

The day started off as to be expected, with happy trout willingly feeding on big dry flies. Add in an angler who partook in a few too many beers during the previous days Broncos game, and you have a recipe for angling comedy. As many anglers know, fishing dry flies is a matter of timing. Set the hook too early, and you will deprive the fish of their sought after prey. Set the hook too late, and the fish will learn of your feeble attempts to fool it into eating something it knows it should not. When fishing dry flies one must be on their "game", whether this be purposeful or by accident. It is fair to say that on this day, the angler standing at the bow of the drift boat was definitely NOT on his game.

So it was on the 4th or 5th fish that our unnamed angler completely farmed (a term used to describe an utter failure of an attempt to catch a fish), that he openly informed The Boss of his unchosen nickname. "Yeah, whenever I'm having a day like this my buddies will start calling me Cheryl". At first I was a bit perplexed, I mean why was this information being divulged? Was this an attempt to make up for the lost fish I had worked to put him onto? Was there a hidden agenda in letting the proverbial "cat out of the bag"? But while the situation may not have made any sense, the nickname was a perfect descriptive term for what The Boss was witnessing. So it was, The Boss was now fishing with Cheryl.

For miles we floated, and for miles Cheryl proved to be highly capable of convincing a trout to eat his fly, but totally unprepared for everything that would then ensue. Late hook sets, tangled lines, missed eats, the count of lost fish grew and grew. But the laughter and banter that accompanied each failed attempt easily made up for any feelings of defeat and frustration. The day at this point had surpassed the need to catch fish, and had morphed into what angling should ultimately be, simplistic amusement. Far too often the measure of success when it comes to fishing is the number of fish caught. It's never about how, but about how many. This is an aspect of angling, whether it be with a fly, bait or lure, that will never change. But there are those days when it's healthy to experience and enjoy fishing for more reasons than catching, and appreciate the comradery and enjoyment that can be had by simply fishing.

I'll always remember my day fishing with Cheryl, as it was a healthy reminder of the simple joys fishing can bring. So next time you're on the river, take a moment and realize how enjoyable the act of fishing can be, and try to remember that the measure of "success" isn't always with numbers.