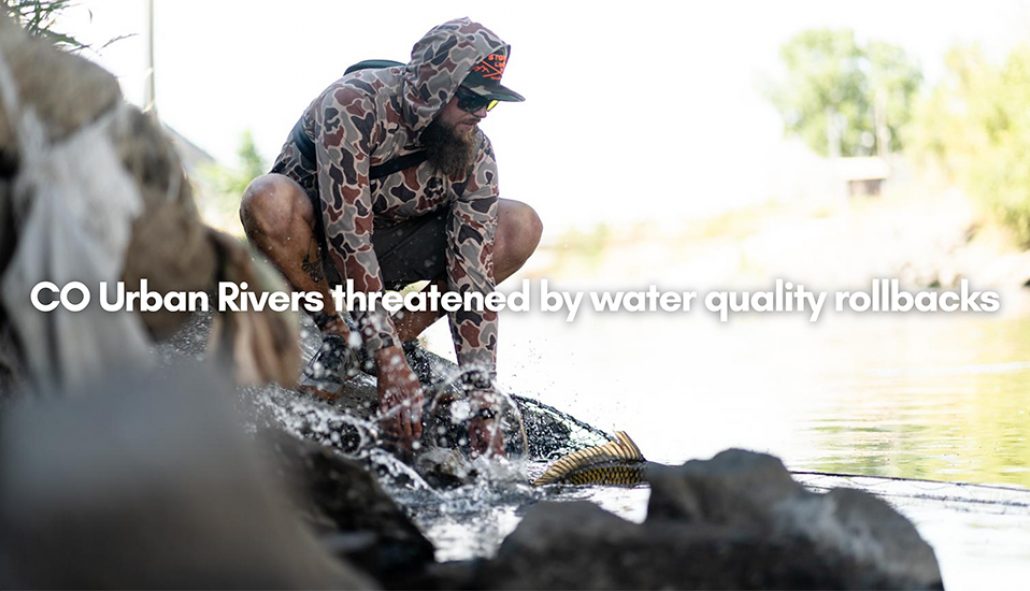 If you’ve ever fished our home water – Denver’s South Platte River - you’ll want to pay attention to this developing story. Here’s a sound bite from a recent article written by Michael Booth and published by the Colorado Sun.

To further understand this rather complex issue and also hear about Colorado Trout Unlimited’s position on the topic, below is another snip from coloradotu.org:

“For nearly 50 years, the Clean Water Act has been a tool for improving the quality of waters in Colorado and nationwide – reducing degradation from discharges of pollution into our waterways. Unfortunately, the Colorado Water Quality Control Commission is now considering a rollback of its anti-degradation rules that could allow for increased pollution discharges into many Colorado waters. Urban rivers like the South Platte in Denver or Arkansas in Pueblo would be especially at risk - but mountain streams could also see their protections weakened.”

As we’ve said before, it is good to see that we still have local and regional reporting to ensure these types of proposals and rule changes are surfaced early and to help the public understand what’s at stake.