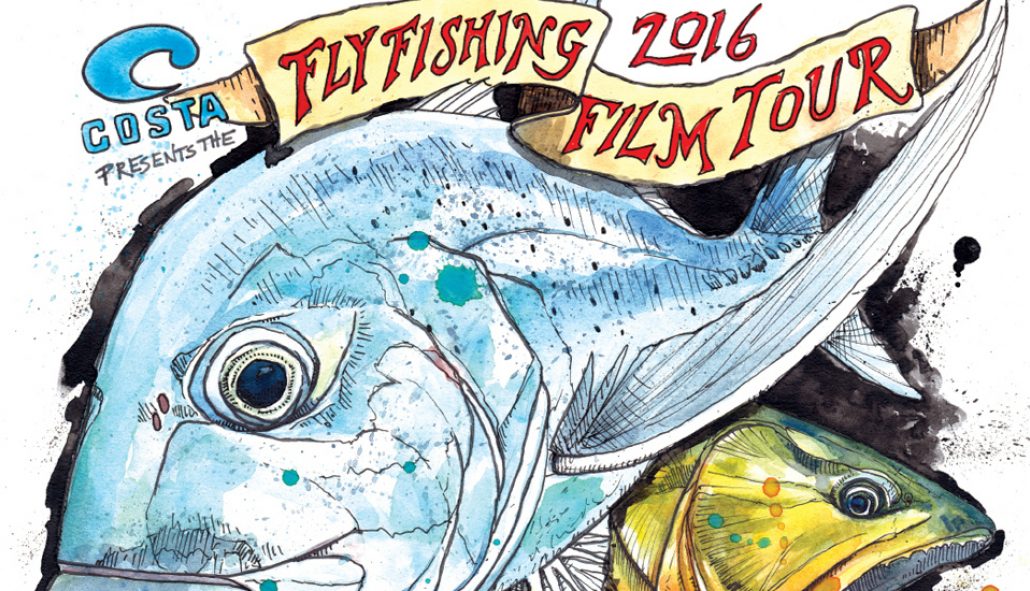 It's hard to believe it was 10 years ago that the Fly Fishing Film Tour was born. We invite you to join us next Saturday for this milestone event as we kick back, relax, enjoy a few beverages and celebrate this great sport we all love.

Additionally, we think you'll quickly agree that the film makers featured in this year's tour have brought their A-game like nothing we've ever seen.

From Bolivia to the Seychelles, British Columbia and Patagonia, from Saskatchewan to Zambia and Virginia to Montana, the notable characters, unique storylines and unparalleled fishing in these films will lead you on an adventure around the globe!

As we've done in the past, there will be a 4pm and 8pm show and tickets are still available for both.

General Admission Tickets are $15 when purchased at Trouts. Swing by the shop or click HERE to get yours today!

We also still have some VIP tickets left as well, however these won't last long!

For those unfamiliar with the VIP tickets, here's a refresher on how they work:

Included with your ticket-

ADDITIONALLY- purchasing your ticket at Trouts is the ONLY way to be entered into our in-house raffle to win a free Abel TR 2 Reel!

If you still aren't convinced you need to join in on the fun next Saturday click the link below to watch the trailer for this year's tour. It's going to be a night you don't want to miss!

Looking for a little more in-depth info on this year's films? Here's a breakdown of what to expect. Click the title to watch the trailers for each film that have been made available!

Finding Fontinalis- Director, Travis Lowe. Location: Patagonia – Spurred by rumors from local guides and gauchos, a crew of intrepid anglers, including Yvon Chouinard, Brian Gregson and Bart Bonime, head to Patagonia in search of the world’s largest brook trout. This film explores the story behind a famed 16 lb. brook trout caught on Canada’s Nipigon River then takes us to the opposite end of the globe, likely the only other place that such a fish still swims, in pursuit of its equal.

Jungle Angler- Legend of El Dorado – Beattie Outdoor Productions. Location: Bolivia – Recent trips deep into Bolivia have brought R.A. Beattie and his crew a new perspective on the uniqueness of fly fishing in the jungle. With each step deeper beneath the canopy, with every cast into unexplored pools they journey towards the last real savage border to be explored by fly anglers. Their pursuit of Golden Dorado helps build a bond with the local people who have a unique connection to and reverence for this incredible freshwater predator.

Tidewater– Two Fisted Heard Productions. Location: Virginia – Three years ago, adrenaline junkie Art Webb barely escaped a rock climbing fall with his life. During his recovery, Art found a substitute thrill: pursuing marlin and other billfish with a fly rod off the coast from his home town, Virginia Beach. As Art began to tell his friends about his experiences offshore, two fellow fishing fanatics, Brian and Colby Trow, could not resist. This is a story of these three anglers on a fly fishing adventure to catch marlin in their backyard waters of Virginia.

Water is Life– Castaway Films. Location: Argentina, Seychelles, Zambia – Filmmaker Grant Wiswell has spent the last two years circling the globe attempting to showcase how water connects three incredibly diverse fisheries while at the same time capturing the best fishing available in each location. On both counts he has succeeded in spades. From Argentina’s Jurassic Lake and 30” rainbows that will readily eat a dry fly to the bull-headed GTs of the Seychelles and the carnivorous tiger fish of the Zambezi, this film contains some of the most remarkable fishing ever caught on film.

Chanos Chanos (Milkfish)– Cpt. Jack Films. Location: Seychelles – Perhaps the most challenging fish to catch in the Seychelles is the fabled milkfish, a turbo-charged algae eater growing to 40 pounds. A team of South African anglers have not only caught these amazing and very secretive fish, but also pioneered the techniques that have allowed these vegetarian and notoriously difficult fish to be caught. It’s hard to accurately describe the sheer speed, breathtaking acrobatics and technical prowess needed to convert a fly cast to a connection with this greatly unknown species.

Turning Points North– Beattie Outdoor Productions. Location: Saskatchewan - While Jeff Currier and Ron Striker were raised in completely different places and followed completely different paths to “live the dream”, they hold in common a history of taking a leap to shape their lives. Ron stacked shelves in a grocery store for 17 years before becoming a bush pilot. Jeff started in a fly shop, working for $4.75 an hour. Since that time, he’s shaped himself into one of the foremost angling authorities, fishing in more than 50 countries and landing more than 300 species on the fly in salt and freshwater. Both men describe how they went from the bottom rung to doing exactly what they wanted to do in life. Woven with these human stories is some of the baddest, most-predatory pike fishing footage ever captured.

The Scandinavian Way– In Waders Media. Location: Montana – A battle between nations breaks out on the banks of a Montana spring creek. A group of European anglers is convinced that their American counterparts have lost any connection with the traditions of fly fishing’s past, while the American’s believe the Euro’s are still fishing in the stone age. Hilarious trash talking ensues as these groups square off and attempt to prove which methods are best served to fool wily Montana trout.

Geobass: Best of the Worst– Motiv Fishing. Location: Anywhere there’s bass. – The Motive crew returns with never-before-seen footage and stories of their efforts to pursue any bass anywhere anytime!