Eat, Drink, Fish, and Be Merry 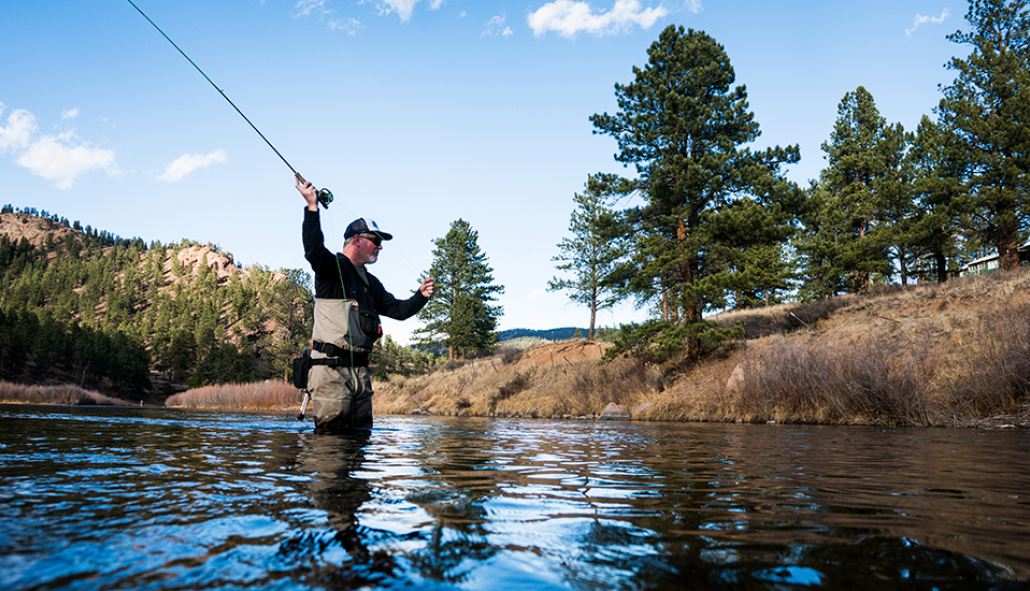 EDITOR'S NOTE: Earlier this year, we attempted to complete a bi-weekly installment of the best places to fish, watch the Broncos, and grab a bite to eat or quick refreshing beverage. Admittedly, we fell a little short of our 8 stop goal. A Good Food Expert Matt Todd is here to cleanup the scraps and shake what's left on that fishing and good eats leg. While some of the fishing mentioned in this article might not be in prime condition right now, keep this post in your back pocket for the next time you hit up some of the waters Matt mentions below.

Before I moved to Colorado over a decade ago, I was enamored with exploring the West. Not only its trout streams, winding roads, and switchbacks...but its ripped bar stools, greasy spoons, and local mountain inhabitants as well.

When there was a river to check out, you bet your ass I was on the lookout for a quirky watering hole around the corner. And luckily I found a few.

These places aren't just a one-time stop-in, they're places that I frequent whenever I'm after trout in their neck of the woods. And although some of these spots I'm sure you've been to, they're all gems. Here are a handful of my favorite hit-ups after being on the water, or when the fish just aren't biting.

Cache la Poudre River above Fort Collins is one of my favorite trout streams. While the fish aren't always incredibly sizable, they are typically plentiful and hungry. With over 40 miles of canyon water to explore and easy access, even a crowded day yields to solace and fish. While up in the canyon, be sure to stop by the hippie paradise that is Mishawaka. The Mish is an amphitheater that hosts musical groups of the jammy variety, nestled right alongside the river displaying a backdrop that only Red Rocks rivals. I, not being much of a jammy sort, prefer to frequent the Mish during the day after a triumphant morning of brown trout angling to enjoy a 90 Schilling and a Reuben on the giant deck overlooking a pretty good riffle.

Big fish, lots of fish, three rivers, countless bends, and runs. Almont. That's where you can spend day after day after day chasing brutes in some of the most famous water in the West. Almont is where the East River, Taylor River, and Gunnison River all shake hands. And trust me, you'll need some after-angling vittles and ambiance to complete a day of fishing your face off. That's when you head over to Three Rivers Smokehouse, sit out on their patio around the fire, order a can of Pabst and a brisket sammich, and exhale. Need a place to crash? That's easy. Three Rivers is actually Three Rivers Resort with numerous rooms and cabins...that just happens to have a smokehouse attached to it.

Fraser, Tabernash, Granby. That's a fun area. You got yourself the Fraser River, Upper Colorado, Williams Fork, more still water than you need, and a myriad of creeks and lakes to explore. You could spend a lifetime fishing in that part of the state. It's easily one of my favorite areas on the globe. And I always end a day of fishing at Crooked Creek Saloon. I usually recognize a few regulars shooting pool and guzzling light beer, but I typically just slide in at the bar and top the day off with a Banquet and a greasy cheeseburger. From time to time I'll stay longer than I need to and become best friends with those regulars...

Everyone loves Bear Creek. Everyone. It's close, it's fun, it's rewarding. And everyone loves the Morrison Inn. Its patio houses thirsty fishermen and the Inn promotes delicious salsa and margaritas. We all know this. But while up in the canyon, Switchback Smokehouse in Kittredge cannot be ignored. With a rustic deck and picnic tables paralleling the creek on one side of the restaurant and an empty lot with two giant wood burners rolling smoke on the other, Switchback’s barbecue is the real deal. And not to worry, they boast a full bar. Grab a can of Olympia and platter of smoked sausage, ribs, and brisket. Do it.