“Are you into watching the Super Bowl on Sunday?” I asked.

“Nope,” was the response.

I had this conversation on four separate occasions last week. The end result was same each time. And with that, a fishing mission was born. 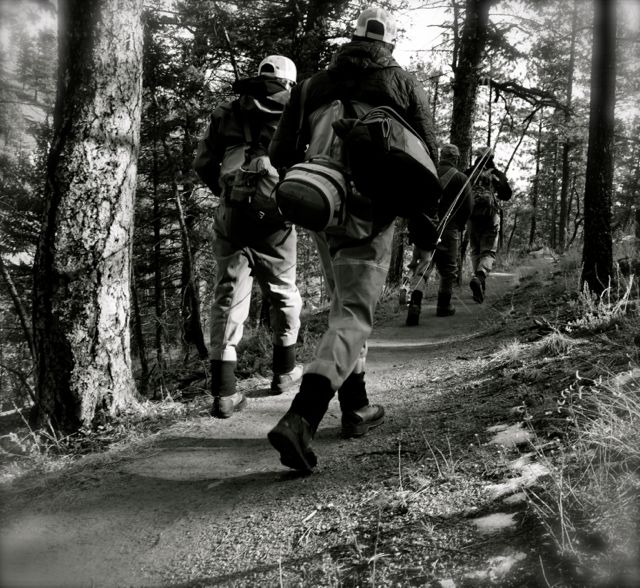 I’m a big believer in trying to stack the cards in my favor when possible. Making a run to the South Platte River in February and hiking into Cheesman Canyon on Super Bowl Sunday had a number of things going for it. For starters, theoretically, fishing on Super Bowl Sunday should ease the crowds on one of the most popular winter fisheries in the state of Colorado. Secondly, staying off of I-70 and away from skier traffic after a storm surge that increased our snowpack by 17% in a single week would hopefully yield an easy egress on a Sunday afternoon.

What was not working in our favor – ultra low flows out of Cheesman Reservoir. For the month of January, up until about a week before our outing, the flows out of Cheesman were running right around 150 cfs. The flows were then stair-stepped down in late January where they hovered around 40 cfs. I’d never fished this section of river so low before, but we were willing to give it a shot. 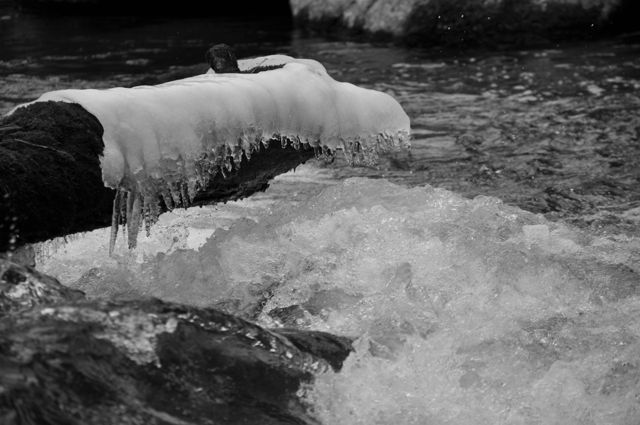 The hope was to find fish stacked up in some of the deeper runs, maybe do some sight fishing, and maybe even see a baetis or midge hatch if the clouds rolled in as predicted.

We knew part of the equation was working out when we found the parking lot just about empty and it felt like we had the canyon to ourselves. 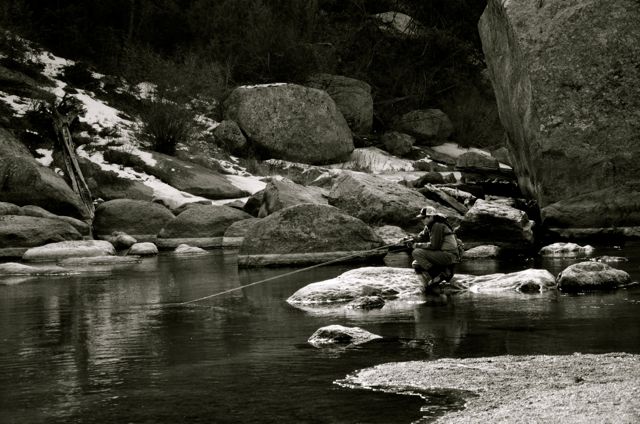 We started off nymphing deeper runs but the fish seemed fairly tight lipped. We switched up patterns, added weight and probed the depths. The river was so low in some sections it was almost hard to recognize. We were able to find some bigger fish visible in shallow water but they were pretty spooky. The total number of noses I saw that poked the surface all day: two.

A few fish were caught, but we had to work hard for them. 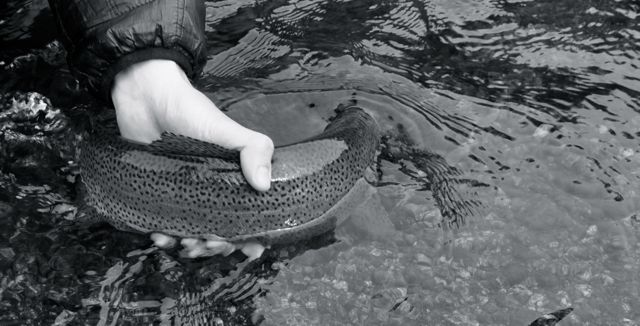 We were using large stone flies and egg patterns as point flies and we cycled through a ton of small midge imitations. The fishing was far from consistent and about the only bugs that seemed to work were in the size 20-22 range and either red or creme/tan in color.

I’ve had my lunch handed to me in Cheesman Canyon before – it happens. I knew what we were getting into before we left, but I'll admit that the fishing was tougher than expected. We did have a few alternative items on the agenda. Michael Gracie wanted to get a few hours casting his new Scott T3H 1064. For those not familiar with Scott two handed rods, this is a 10 foot, 6 wt 4 piece switch rod. 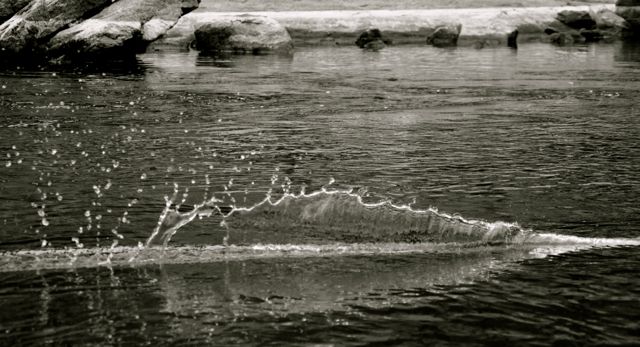 Cody had been wanting to give the St. Croix 10 ft. High Stick Drifter a test run.

"This rod was perfect in Cheesman Canyon while fishing low water, the extra length allowed me to stay low to the ground and maintain my stealth while still giving me the extra reach I needed to nymph the skinny run without being detected," said Cody his day on the water. "After walking nearly to the top of the canyon I decided to switch to a streamer and walk my way back down. The High Stick Drifter is not known as a streamer rod but it can get the job done when needed."

I was able to play around with some new photography equipment and we were all ready to kick back and have a relaxing day on the river. 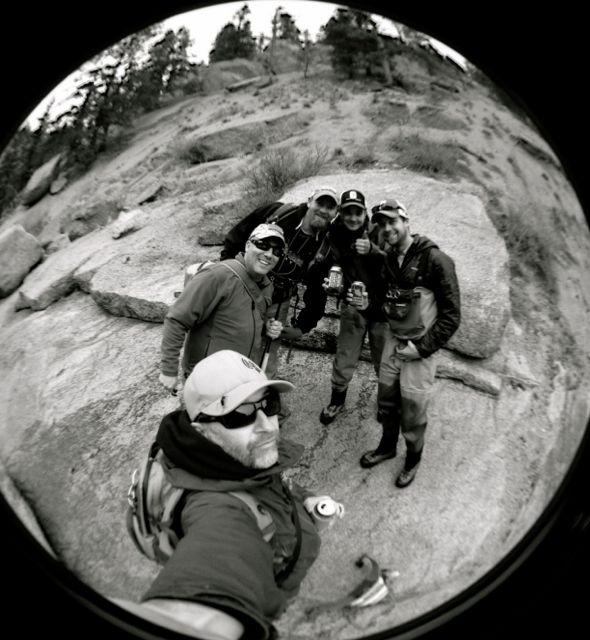 The flow situation pointed out how a tailwater fishery can increase in difficulty with low water – and, why it makes sense to pay attention to stream flows when researching or planning a trip. The day also reinforced the need to cross our fingers and hope that this up-tick in precipitation in the mountains continues.

All in all, a nice reminder on how lucky we are to live in a state where we can fish year round. For more up-to-date information and fishing reports across the state and fly fishing reports close to Denver, CLICK HERE. 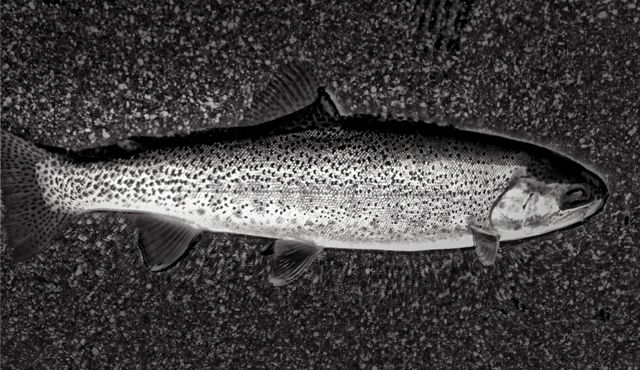