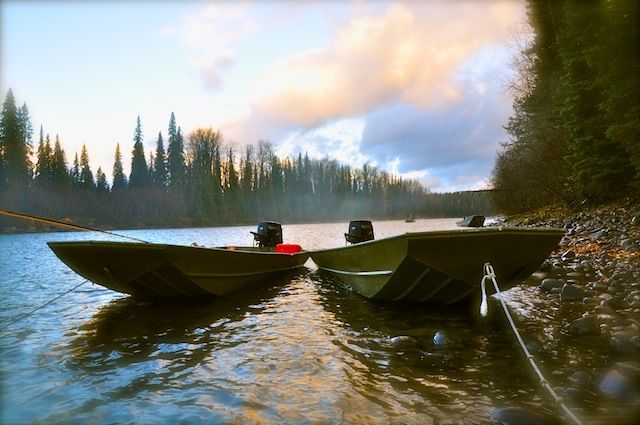 Simply put, there is nothing easy about fishing for Steelhead. The expanse to which these fish travel is huge, their numbers are minimal to say the least, and their propensity to eat a fly is by no means guaranteed. They are a fish for the angler looking for a challenge of skill, mind and body. Skill to get the fly where it needs to be, mind to overcome to relentless mental challenge of fishing for a fish that isn’t eating, and the beating your body takes wading through boulder strewn rivers in the middle of a Northwest fall. For years I’ve watched customers and friends become obsessed with chasing steelhead. Yet, by no means could I ever relate or understand how one fish would change the way one looks at fly fishing, as well as the many fish we all love to chase on a fly. This was the underlying question and worry I had as I traveled north: was this fish going to ultimately ruin me? 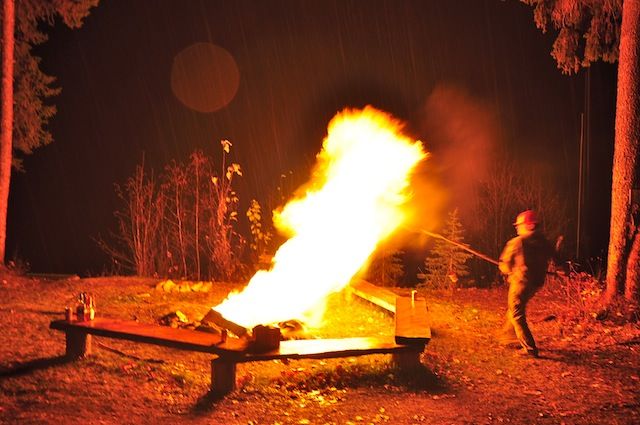 My inaugural steelhead pilgrimage took me to the far reaches of the Upper Skeena River drainage to a relatively unknown river called the Sustut. Located 100 miles due North of Smithers, BC, the Sustut is a remote wilderness river, and one of three Skeena River tributaries known to produce fish over the 25lbs. While a trophy steelhead would have been a welcome surprise, I was by no mean setting my expectations much beyond landing one of these magnificent fish on the swing. Our home for the week was a modest wilderness lodge appropriately named Steelhead Valhalla. More of a camp than a lodge, the accommodations were nothing to write home about, but the food was hot and filling, the guides knowledgeable about the river, and the lack of angling pressure only seemed to add to the intrigue of the experience. 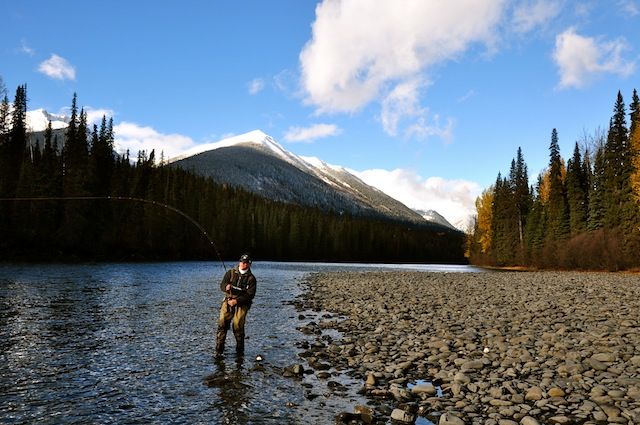 Wading knee deep in the first run of the first day, I moved with extreme caution due to the significant hang over produced from a bit too much bourbon the night before. While this by no means aided on my casting, I will say that my slower-than-normal reactions absolutely saved my ass when a nice fish decided to rip my fly at the tail end of the pool. Now at this moment, I will admit that there was a bit of me that thought, “well that’s not so hard”, but I knew that uttering this aloud would only destroy what little karma I had built up leading to this trip. With the fish finally in the net, there was a great sense of relief and accomplishment that fell over me. Day one, one fish to hand, 5 days to go. The potential of the trip seemed very good. 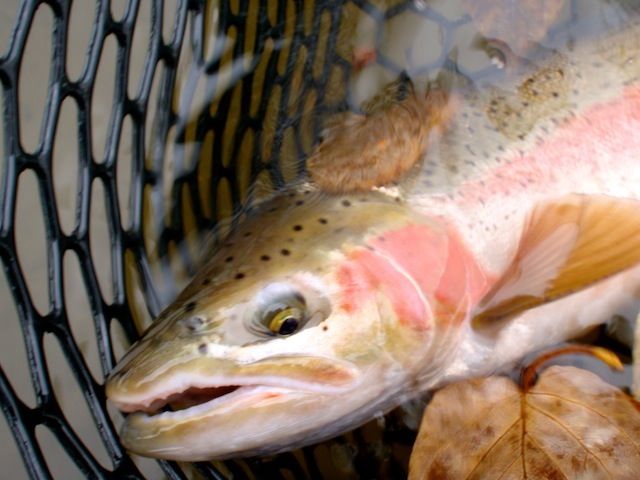 For the next four days we worked very hard for a few fish. It doesn’t take long before standing waist deep in a near frozen river begins to take a toll on your mind. I began to understand the mental challenge of fishing for steelhead. Bumps and strikes came so infrequently, that when a fish actually wanted to play, your mind was thinking about something other than catching a fish. Focus and persistence became the name of the game, and you had to make every cast and subsequent swing with the mind set that a fish was going to eat your fly.

Day 6, our final day on the water, brought a mix of snow and cold that I will never forget. By the time our initial run up the river was over, 4 inches of wet BC snow had transformed the Sustut from a beautiful fall landscape, to a river encased in winters bounty. Our guide Adam had chosen this pool for a reason. Though the water moved at a pace seemingly too slow to hold fish, the bitter cold weather acted as a stark reminder that excessive movement from a fish on a day like today was highly unlikely. Now before going forward, I want to note that if I learned one thing from a week of steelhead fishing, it is that simpler is often better, and that fish will hold in all parts of a river. So as I stripped line off my reel, I made a conscious decision to fish the water immediately below me. With little more than the head of my line in the water, I made a slow swing downstream. Before I had time to begin thinking about my next cast, a heavy pull was sent through the line, tension hit my rod, and all of the sudden I was connected to a fish. Ten minutes and a few good runs later, an amazing 34” hen fell into the net. While not the largest steelhead in the Sustut, this fish and that moment will remain with me for a long time. Persistence had paid off, smart angling had prevailed over skill, and for a moment I held a fish that has the ability to change the lives of anglers across the globe. As her tail finally slipped out of my hand, I undoubtedly felt a closer connection to steelhead, and the arduous process of fishing for them. But I am happy to say that that fish did not ruin me, and I’m looking forward to a day spent chasing their land-locked brethren. 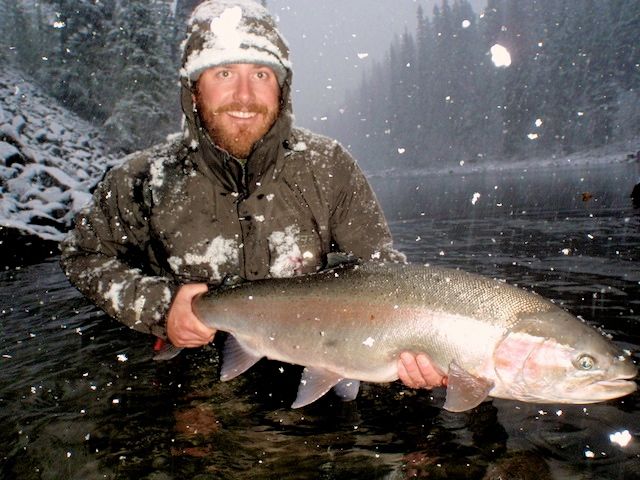