The sun: high and scorching

The fish: present and accounted for 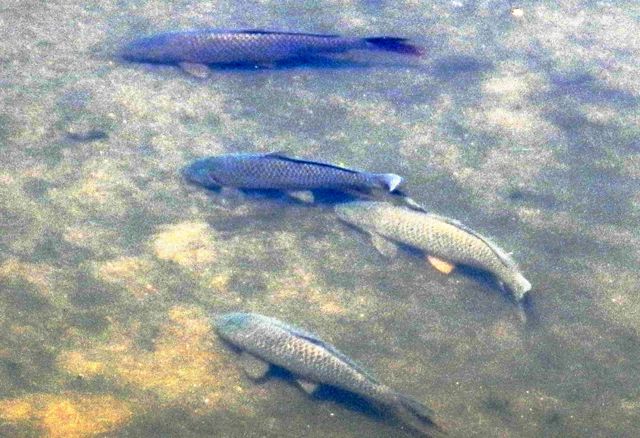 MG: “Can you make that cast between the two trees?” 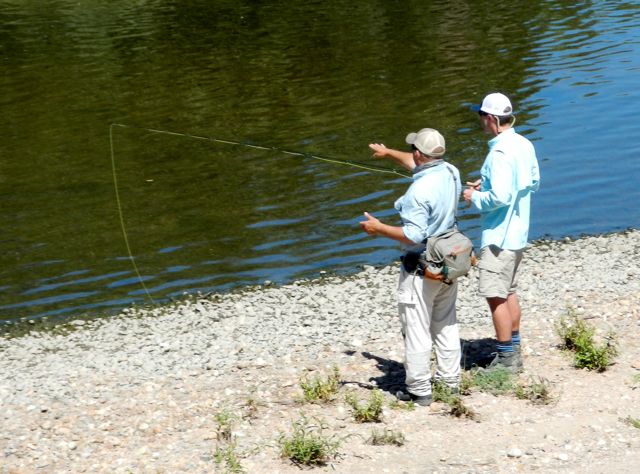 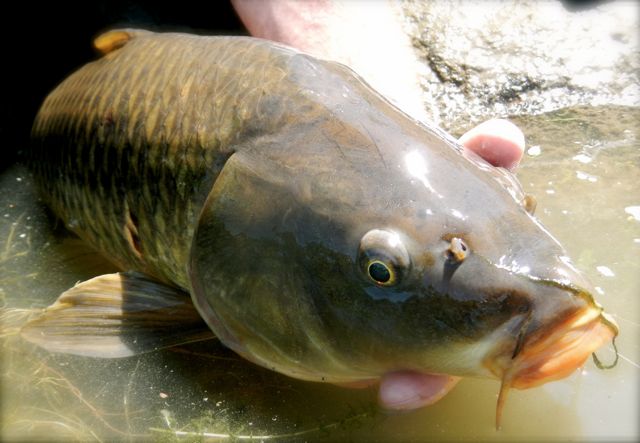 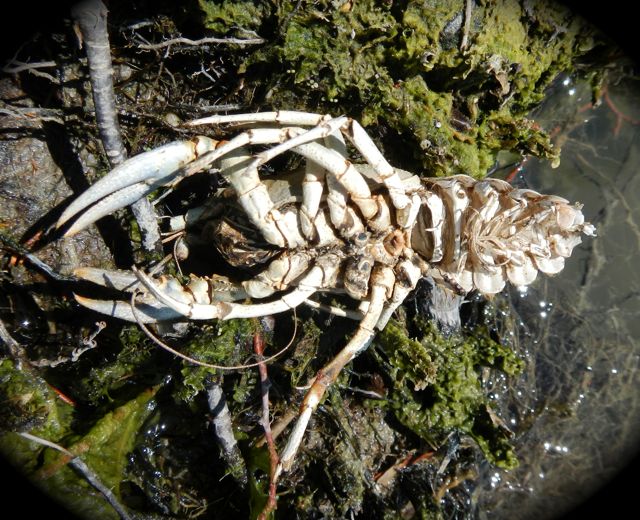 As they stood high on the top of a thirty foot bank and looked at a pod of fish, they thought they had found a player.

After two or three false casts Moran punched out a a forty foot cast and let the Egan’s Headstand drop into the water. 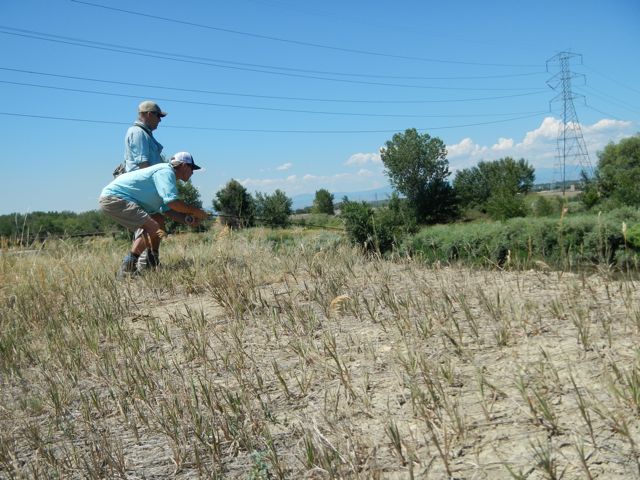 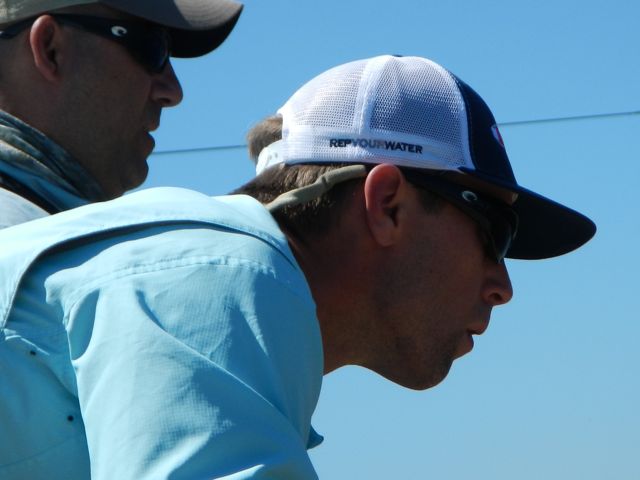 Moran strip-set the fish and lifted his rod tip and the big carp immediately took off. The spool on the Redington Delta 7/8 hissed and line peeled off the reel. 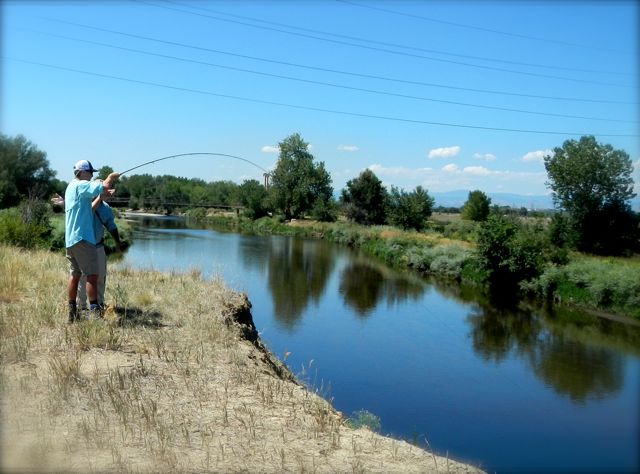 The fish quickly barreled across the wide river and then held in the current for a few seconds. It then turned back toward the bank and high-tailed it back toward the angler. Greg reeled fast in effort to keep the line tight. 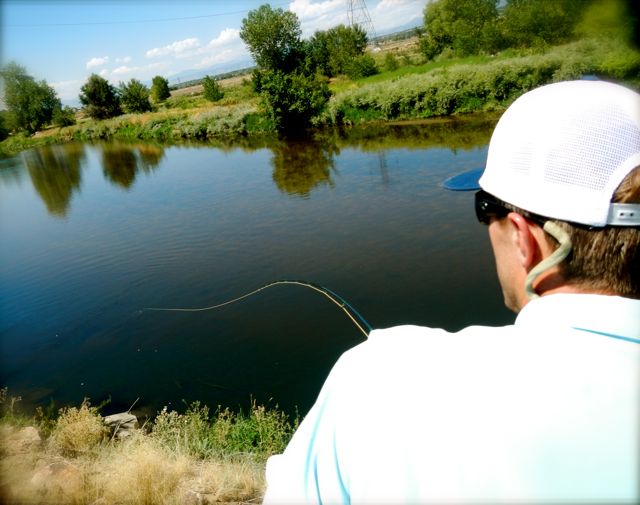 MG: “OK, let’s get down the water and land this thing. You good with that?” 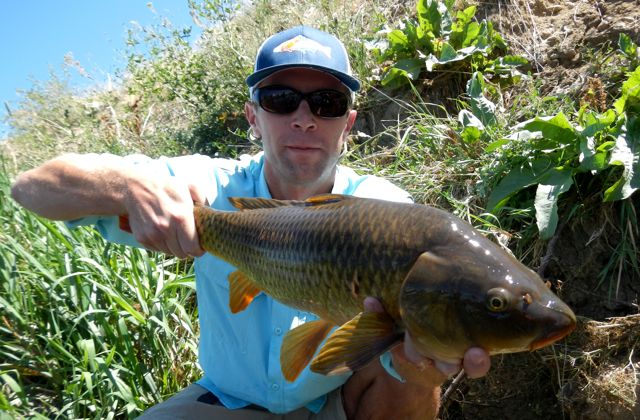 The Urban Carp Extravaganza was on.

We plan to post a full trip report and more photos from the day once we’re fully recovered. A big thanks to everyone who joined in on the fun, fishing, and adventure. 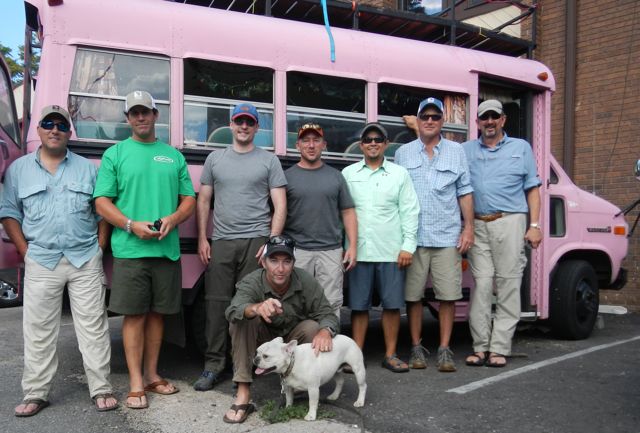 If you are interested in a private fly fishing trip for carp on Denver’s South Platte River give the shop a call and we’ll set you up.