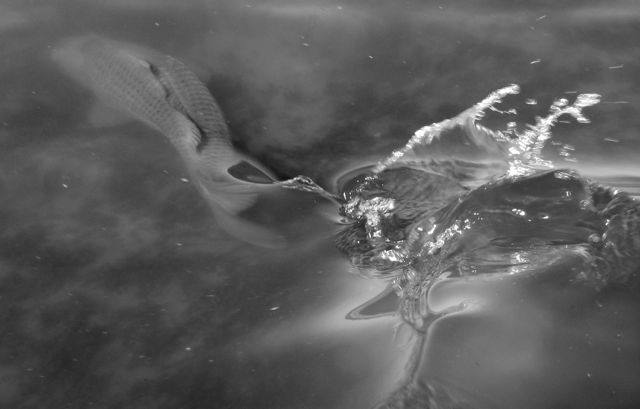 In the first part of this series, we talked about the Denver South Platte River as a carp fishery as well as the fly fishing gear you’ll need to get started on the water. In this installment, we’ll cover the basics of carp physiology to help you understand what makes them tick. In our final piece, we’ll talk more about carp behavior and how to make effective fly presentations to carp in a river environment.

In the Denver South Platte, carp will often inspect flies closely and reject imitations that they do not like.

Sense of smell- Carp can smell very specific food sources of food in the river - smells emitted by bloodworms, crayfish and aquatic plants 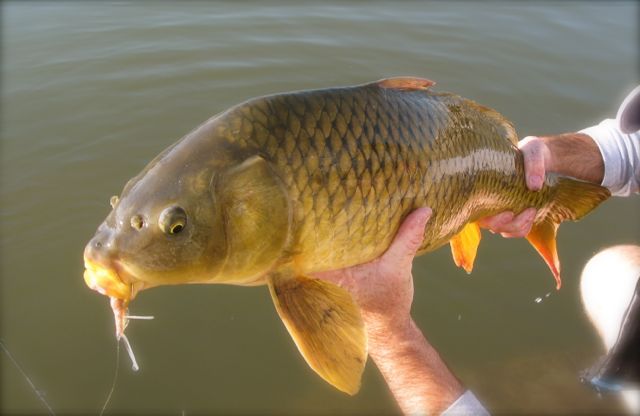 Avoid touching flies after applying sun screen; rub your fly into the sand or mud before you present it to a fish; avoid scented glue or adhesives on your patterns
Sense of taste- In addition to their keen sense of smell, carp have an excellent sense of taste. The lining of their mouths have chemically sensitive cells that help it determine if the food is good or bad. Carp also have taste buds on their barbules, pectoral and pelvic fins, underneath their head and along the length of their body

When a fish eats, set quickly or a carp is likely to expel your fly.

Use a stealthy approach when hunting carp; avoid bright clothes or fly line. Be aware of that larger tippets can have the tendency to spook carp

Reproduction- An egg-layer, a typical adult female can lay 300,000 eggs in a single spawn. Although carp typically spawn in the spring, in response to rising water temperatures and rainfall, carp can spawn multiple times in a season. A single carp can lay over a million eggs in a year yet their population remains close to static, so the eggs and young perish in similarly vast numbers. In the Denver South Platte you will see spawning behavior in fish in the spring, summer and fall.

Communication - Carp have a massive lateral line which allows the fish to feel vibration or sound in the water. This includes instances with anglers talking, walking, wading, rocks impacting one another on a steep bank or your fly hitting the water. Once you spook a carp in a pod this is quickly communicated to other fish in the area via an emergency pheromone. This pheromone alerts the rest of the fish in the pod that they are in danger.

If you have spooked a fish and notice a change in its behavior – increase in swimming speed, darting, cruising at faster speeds – stop fishing, move on and look for other fish. You can return to these fish in 30-45 minutes.

Part III of this series is coming up next. If you ever have questions about fly fishing for carp or the Denver South Platte River stop in the shop or call 877.464.0034.