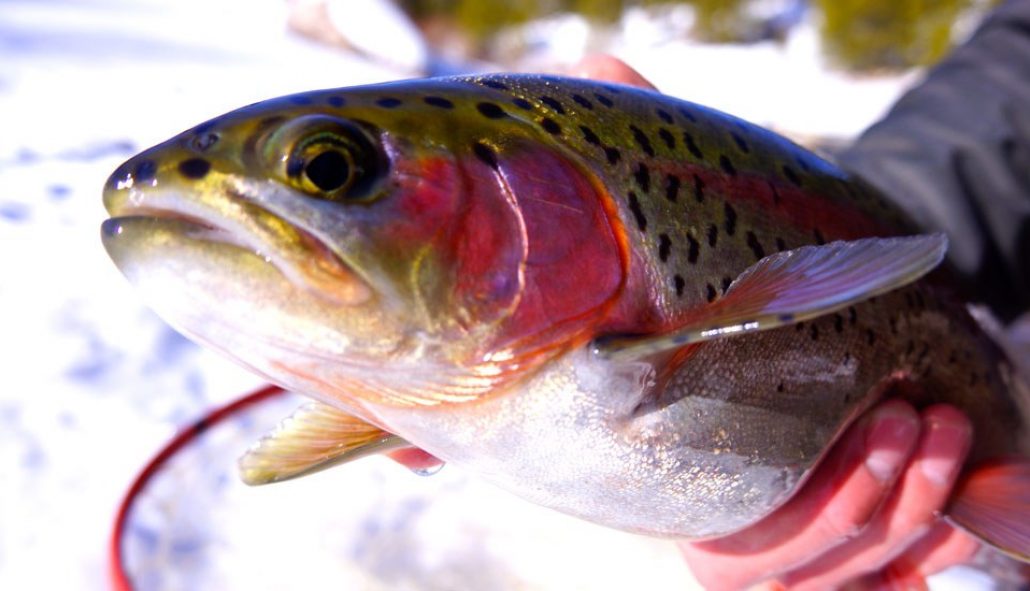 Is it just me, or is anyone else asking “where did January go?” It seems like just last week I was sitting down to write “Fly Fishing In January”. I guess between several in-store presentations, the Fly Fishing Show and the Fly Fishing Film Tour, there has been quite a bit going on. Either way, I’ll take this rapid pace for now because that means one thing….Spring is getting here that much quicker.

And now for another “Is it just me”, but is it just me, or was January REALLY good for fishing? I personally had some phenomenal fishing and if you missed any of my reports, click HERE and HERE for the latest two. For the most part the weather was quite tolerable and the fish were on the feed. Always a great combination, especially for this time of the year. The fishing and weather has been so good in fact that I still haven’t gotten one day on the skis, which is something I never thought would be the case at the end of January. Oh well, I’m having fun and that’s what matters.

As we move into the 2nd month of the year, a high level of uncertainty always seems to accompany it -at least in my mind that is. Perhaps this simply stems from my Midwest upbringing where February and the state of Kansas never seem to bring a smile to anyone’s face. Even the word February just sounds cold to me. I guess I’ll just keep my fingers crossed for a mild one and, with a few more in-store events on the books (including Landon Mayer on 2/12!), hope the shortest month of the year flies by.

But on to the fishing, which as long as you’re able to cast, should remain quite good. I expect the fish to remain focused on the same diet they’ve been on for the past few months. Worms, Eggs, Midges, Baetis and perhaps the odd Stonefly nymph depending on where you’re fishing, should all work. The key to success on any given day will still be finding feeding fish, which should be in greatest numbers on the perimeter edges of the deeper, ‘wintering’ zones. Use lots of weight and set the hook on anything that looks out of the ordinary. The fish aren’t typically expending a bunch of energy to eat your offerings so 9.5 out of 10 strikes are going to be very subtle. The Rainbows and Cutts will be getting closer and closer to doing their thing by the day and I’d expect we’ll start to see pictures of some lake runners by month’s end…particularly if the weather is decent. We’ll talk more about this next month though.

In all, February should still leave plenty of anglers with a bend in their rod as long as the Fahrenheit stays on our side. Keep in touch and I’ll do my best to keep this blog packed with stories/photos of my latest trips to the river. As always, have fun out there and let us know how we can help make your time on the river more enjoyable and productive!