With the weather all over the place here in Colorado you need to pick your days with precision. The window opened up for me on the last day of the year – December 31, 2013. With weather predicted to be in the 40s, flows on the South Platte River right about 100 CFS, and only a slim chance of precipitation in the forecast, I took the opportunity. Plus, I was looking forward to catching my last fish of the year.

The South Platte River flowing out of Cheesman Dam was right at 113 CFS. It has since bumped up to 150 CFS. I would have preferred a bit of cloud cover, but I couldn’t complain about clear skies and the warm weather. The hike into Cheesman Canyon was on a snow packed trail pretty much from start to finish. Even with studded boots and cleats the hike in was a bit dicey in spots. 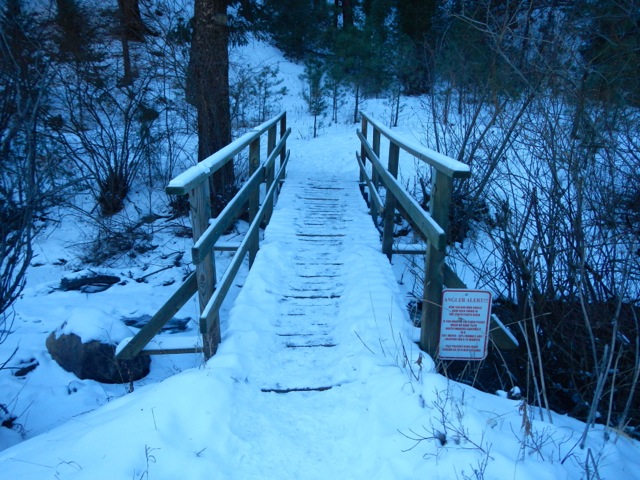 The start of the trail

My original strategy was to hike in as far as it took to get away from other anglers – then, I’d fish my way back. Even though there were quite a few cars in the parking lot, I was pleasantly surprised to see that the river was fairly empty. I saw a few fellow anglers on the way in and continued on, figuring that giving the sun a bit more time to reach the water in the Canyon could only improve things. 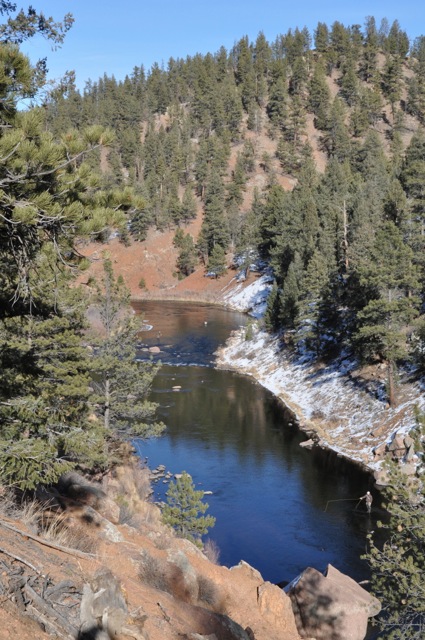 I found an open run about half way into the Canyon and began fishing. At 9:30am there was very little visible bug activity on the water. No risers. No noses. No gentle sips at the surface. Nada. I tied on a fairly standard nymph rig consisting of a San Juan Worm and a Rojo Midge with a 6X fluorocarbon tippet. After a bit of time and effort the river produced. I also had luck with a size 22 Zebra midge. Anytime I fish Cheesman Canyon in the winter, I’m happy with any results that come my way. 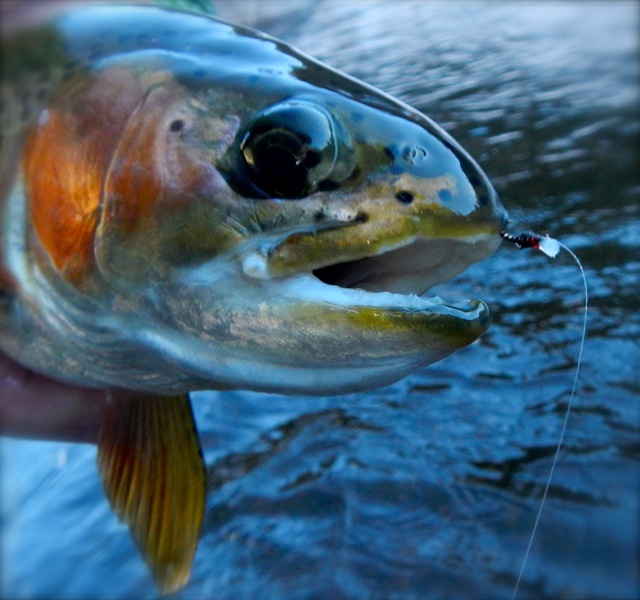 The Rojo Midge in action

I continued on, deeper into the canyon. I’m always impressed at the quiet and solitude when you fish on your own in the winter.

Don’t get me wrong, I really enjoy the camaraderie of fishing with friends, but there is something really relaxing about fishing in the winter at your own pace – they call it solitude for a reason. 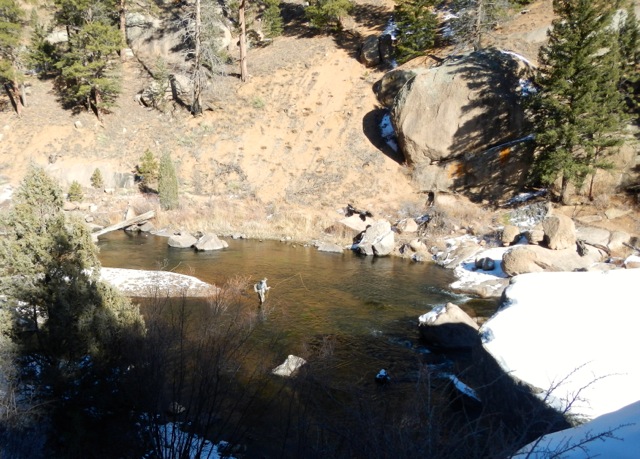 I hiked until the tracks in the snow in front of me disappeared. I found a run that looked slow and juicy. On my third or fourth drift, my indicator ticked once, I set, and my fly line went racing across the river. It was a ‘Cheesman Take’ – out of the blue and full force. Boom. I tried to control the fish as it raced up the far bank, turned, and came back at me. I stripped in line and it changed direction again. The fish raced back across the river one more time, went up river, and then everything failed as quickly as it started. 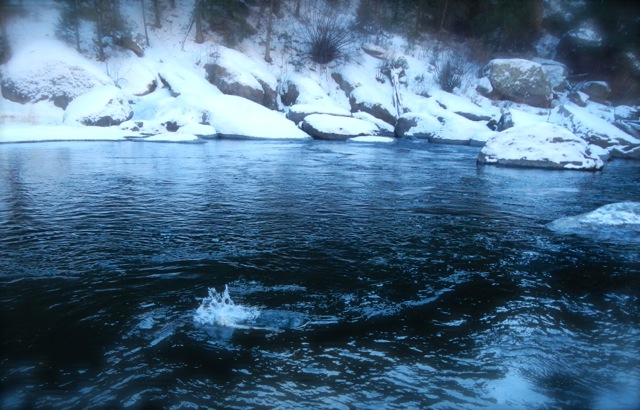 I thought to myself ‘you just got smoked in the Cheese’….

The day moved along and there was a small baetis hatch right around 1:30pm. Still, I saw zero surface activity. Later in the day, I began working my way back toward the trailhead, knowing that it was time to head back home. I was a little bummed that the 2013 season was coming to an end, but also looked forward to the beginning of the new year and a new season. That last fish that ran me around a boulder or log would stay in my mind for days to come.

At one point I was high on a rocky crag looking down at another run when something caught my eye. I stood and focused for a second or two and watched a decent sized trout move from the darker, slower water out to the faster moving section. Then, it dipped back in. Under normal circumstances, I would have busted my tail to get down the steep, snowy embankment to make a cast. Instead, I stood high above and watched. The fish would move out of the slower water – eat – and move back again. It was rhythmic. 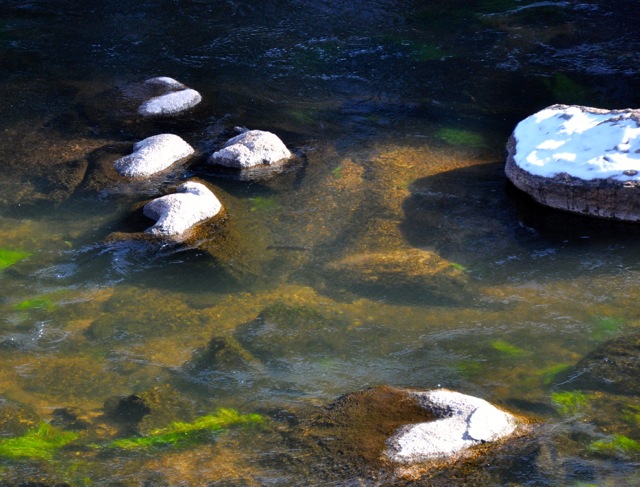 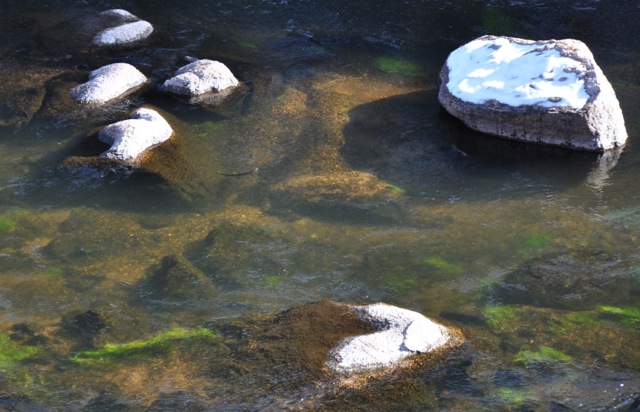 I stood for a couple of minutes in the crisp air and enjoyed - just quietly watching - my last fish of the year.