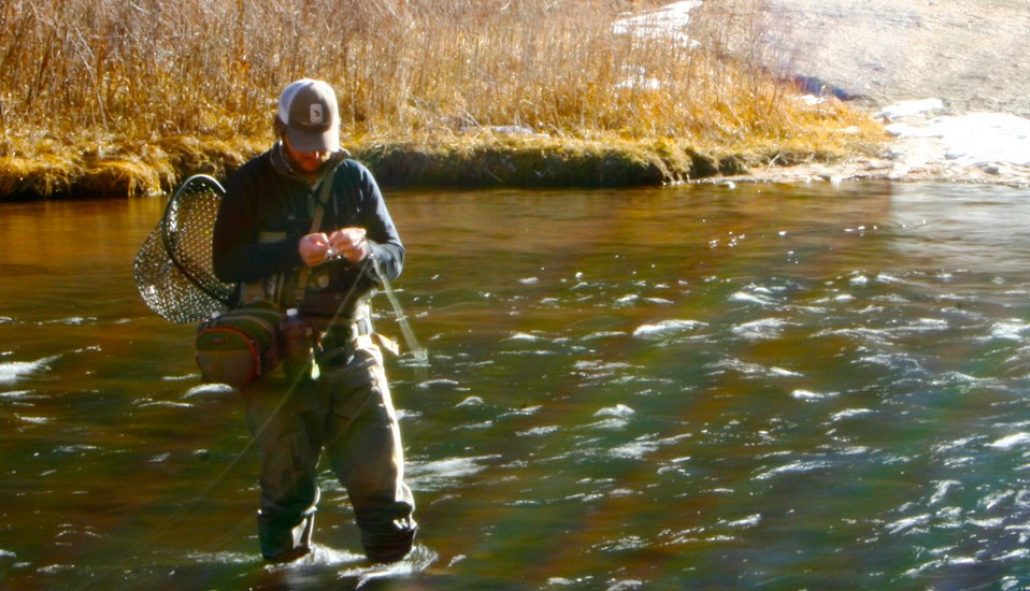 I think most every fly angler is to some degree or another, a ‘gear head’. I’m sure this wouldn’t be the case if it weren’t for one important realization- fly-fishing stuff is so cool! Yes indeed, fly fisherman love to tinker with, talk about, rearrange, try out, buy new, sell old, and constantly think of new ways to do the same old thing……….go fishing and bring along the tools necessary for a successful day on the water.

So after 4 or so years of hitting the water with the same hip pack (we’ll leave names out but all you have to do is look at a few older pictures) I decided it was time to start entertaining the idea of a new hip pack. Oh, and the constant “encouragement” from our friends over at Fishpond might have had some influence as well…. 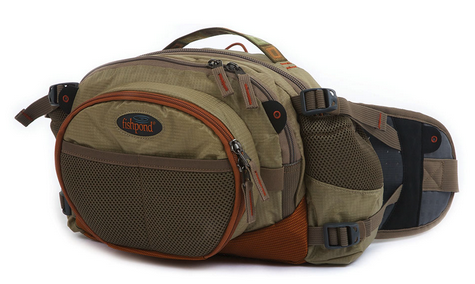 While I certainly spent time considering the options of a sling pack (remember the old vest vs. hip pack debate? Now it seems we have to add a sling pack in there as well) I decided that I was still a hip pack type of guy and that debate was quickly put to rest.

Now on to design. For me personally, I like my pack organized as such- A) big, main pocket for fly boxes. B) adjoining smaller pocket for tippet, split shot, indicators, leaders, etc. and C) a fly bench to protect and hold pre-tied rigs, flies that need dried, etc. Letter ‘C” is actually a really big one for me. While a pin/clip on fly drying patch may work for some, I cover a lot of ground when I’m fishing and have no issue blazing a trail through some pretty gnarly terrain if need be. Having my flies exposed (as they would be on an external fly patch) is never a good solution for me.

Fishpond had two contenders that I spent time weighing the pros and cons on. The Yampa and the Waterdance. Both are very similar in layout, however after much debate, I decided the Waterdance was the one for me. I went with the Alpine Green color and have hit the water a few times with it so far. The results you ask? Well… I couldn’t be happier. One bonus feature I’ve come quick to enjoy (that I didn’t have on my previous pack) is the water bottle holders. This was especially useful on my recent hike into Cheesman Canyon – which if you didn’t read about click HERE.

At 427 cubic inches, this pack is on the larger size of Fishpond’s various hip pack offerings and has more than enough space to get any angler through the day. Other features such as a padded and breathable mesh back, integrated net holder, thoughtfully designed interior pockets for organization, and appropriately placed webbing and cord loops on the exterior to hang tools/accessories all add to the enjoyment (and more importantly functionality) of this hip pack. The material used for the outer construction is Fishpond’s CYCLEPOND material, which actually comes from recycled commercial fishing nets. This pack hits the wallet at a pallatable $99.95. I expect nothing less than many years of dependable use out of this dependable pack.

If you’re in the market for a good, reliable, and classically designed hip pack, do yourself a favor and check out the Waterdance. Better yet, bring your old pack/vest into the store, grab a Waterdance off the shelf, fill it up with your boxes/tippet etc. and put it on. I have no doubt you’ll quickly see why- even with all the ‘latests and greatests' to continually hit the market- countless anglers still continue to reach for the Waterdance. Like I said, this pack is a classic for a reason!