Our Guide Manager Reid Baker just led our Switch Rod and Spey casting lesson last week and was able to field test and write a gear review about two Sage ONE switch Rods. Reid has extensive experience fishing in British Columbia and the Pacific Northwest. He and our students cast the Sage ONE 5116-4 and 6116-4 and these rods produced results. If you are interested in an in depth review of this rod and why it is a great stick for the Rocky Mountain West this is a great gear review – here’s a taste.

Stepping into the river and peeling off a moderate amount of line beyond the shooting head. My first snap-t cleared the running line with ease, causing the reel to growl as it hit the end of its slack. “Wow,” I thought while stripping in my line and readying for my next cast." 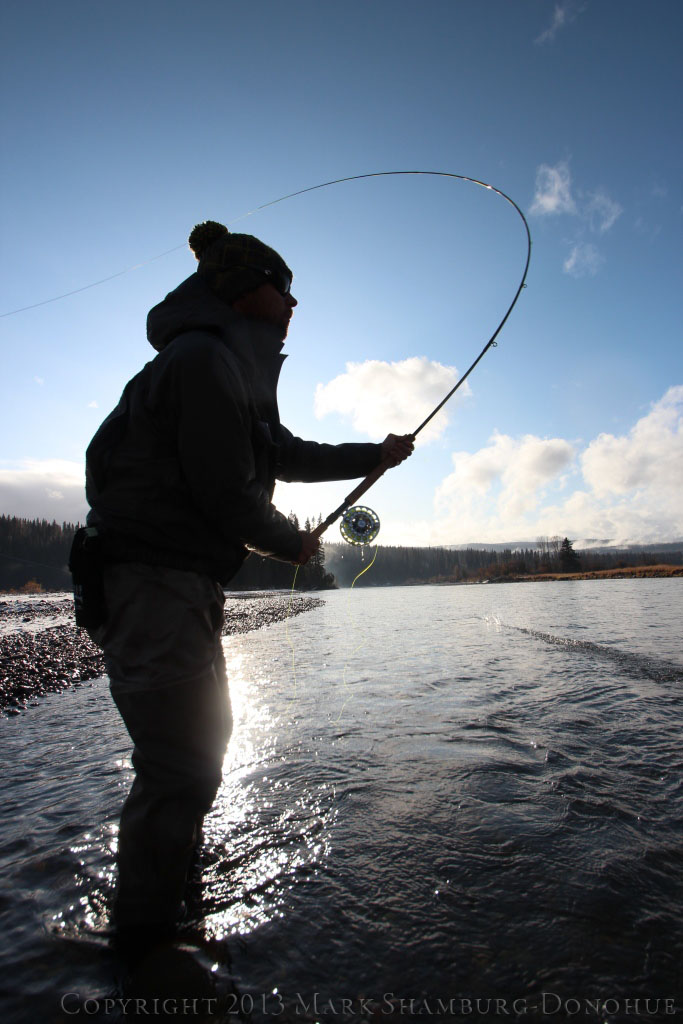 When many anglers think about two handed rods, the image of large, powerful rivers or Oregon, Washington and British Columbia come to mind. These rods are only to be used on huge coastal rivers chasing sea run fish, and certainly have no use for any of us “inland” anglers of the Rockies, right? The truth is quite a different story.

When anglers ask me about two handed rods from a Colorado perspective, I always say the versatility of these rods is what makes them shine, and they are just at home on our waters as coastal rivers. When spey rods were first developed in Western Europe and later adopted by the steelhead and salmon anglers of the Pacific Northwest, they were long, heavy, cumbersome and ultimately unwieldy except for those of a bulky lumberjack build. Rod manufacturers had a steep learning curve and strived to make rods that balanced power and performance with ease of use. Especially for a Colorado angler, where our rivers are generally smaller than our coastal rivers to the Northwest, packing punch and versatility into a rod requires shorter, more maneuverable rods that still can handle turning over a variety of flies in a variety of water types and conditions. Today, Sage has done that perhaps better than any with their Sage ONE line.

For our recent Switch and Spey Clinic at the YR Ranch, we put the Sage ONE 11’ 6” 5 and 6 wt rods in our customer’s quiver. Matched with a 375 grain Skagit Flight on the 5 wt and a 425 grain Skagit flight on the 6 wt, I stepped on the water in the days leading up to the clinic to familiarize myself with the setup that would be in our customers’ hands. At 11’ 6” and weighing only a few ounces more than many of my 5 or 6 weight single handers, The ONE had the look of a perfect Colorado switch rod. Being two and a half feet longer than my 9 foot single handed rods, it would have the ability to manage line well with easy mending or high-sticking in those hard to reach spots. And because it is so light, it was easy to roll cast with a single hand, punching out a heavily weighted double nymph rig like a dream. But could it cast and turnover large weighted streamer patterns with a two handed cast? I had to put it to the test on the water to find out.

Stepping into the river and peeling off a moderate amount of line beyond the shooting head. My first snap-t cleared the running line with ease, causing the reel to growl as it hit the end of its slack. “Wow,” I thought while stripping in my line and readying for my next cast. Within a few minutes I realized how much I loved this rod. What surprised me most was how forgiving this rod is. By no means am I a perfect two handed rod caster and plenty of my casts still flub. My chronic problem is I rush everything. I’ll lose my anchor point, or don’t take the time to properly set my line prior to my sweep, which causes a weak or inconsistent load. But the Sage ONE is an incredibly forgiving rod that would pull me out of less than perfect technique. Matched with a good Skagit head, the rod is a cannon and turns over heavy bunny streamers with ease, great for beginners. I realized that the students of our clinic had the perfect tool for learning 2 handed rod techniques for a Colorado angler. It was light and controllable, but without sacrificing power. Best of all it was adaptable and useful for almost any river in our state. 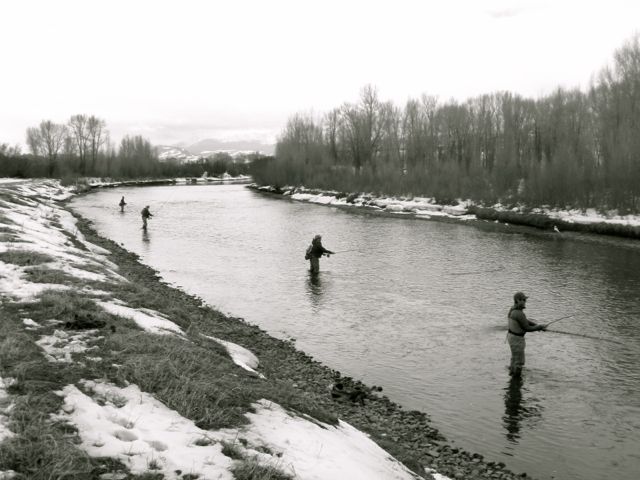 And when it came time for the students to put their skills to the test a few days later, many agreed it was an exceptional rod. Throughout the clinic the students were seeing how the Sage ONE could perform both in a more traditional single hand style, yet in tight back cast areas or larger streamer runs could power our flies across the stream with a switch or spey cast. We caught fish on traditional weighted double nymph rigs, swinging streamers and even a couple on dries, a testament to the versatility and range of a well designed and matched switch rod.

Clearly two handed rods are not a passing fad, or only applicable to anglers chasing sea run fish a two hour flight away. As materials and manufacturers like Sage have honed their technique and produced rods that pack the same amount of punch into a smaller, lighter package, it has allowed us in Colorado to adopt these useful techniques and realize the breadth that two handed rods offer us. Whether targeting a technical tailwater with the snootiest of trout that require perfectly managed drifts, or swinging streamers off the far bank in the fall for big browns, these rods can handle it all.

Trouts Guide Service Manager Reid Baker out on the water... testing out gear and making it look easy.

If you would like to test out a Sage ONE Switch Rod or take a private switch rod casting lesson please call the shop at 877.464.0034.