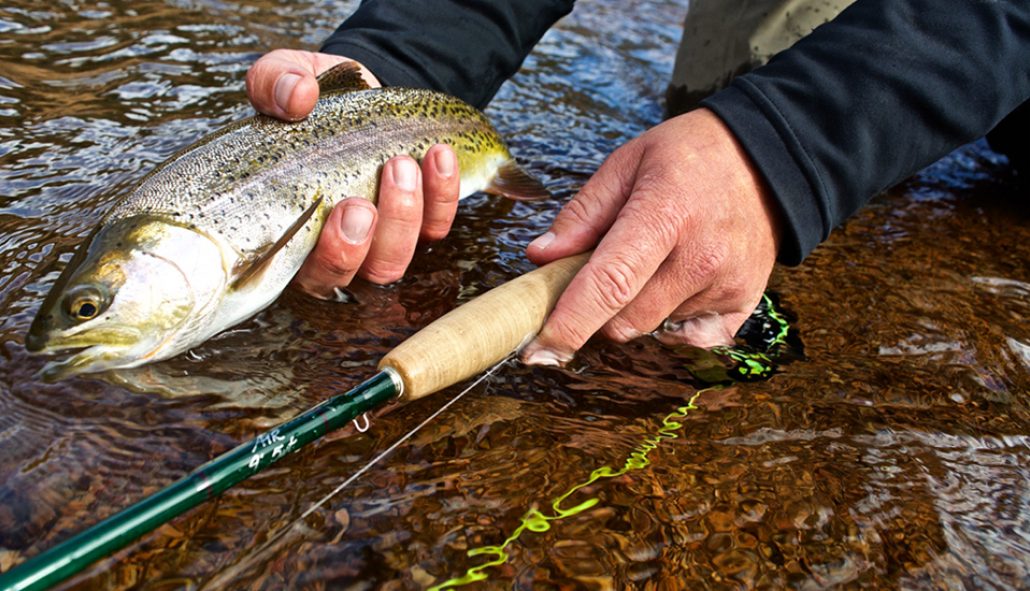 Does that mean I’m still not excited to cast a flashy new stick of graphite and don’t think that many of them really are pretty awesome. Not at all.

With all the various technologies that go into fly rods these days- even with the mid priced offerings- we as anglers have it pretty much made in the shade when it comes to finding a fly rod that suits our needs and wallet.

Many of you likely know that I’m a big Winston fan. That said, it pretty much goes without saying that when I started hearing rumors about a new rod being developed up in good ol’ Twin Bridges, MT I was instantly intrigued. The aspect of this new rod that struck a chord the most with me was that it wasn’t ‘replacing’ an already existing rod line. This was something completely different.

Then came the name. Winston has a tradition of ‘numbers and letters’ (as I call it) when it comes to their premium rods. If you’ve been a fan of green sticks over the past few (or many) years rods such as the BII-X , WT, TMF, JWF or BIII-LS likely come to mind. This rod was different however and broke away from that mold.

As the name might suggest, the first thing I noticed when picking up the AIR was the weight. This rod is incredibly lightweight and giving it the ‘fly shop wiggle’ showed me an action that I already knew I was going to enjoy fishing. Winston incorporates their tried and true Boron technology into the AIR, however blends this with a new SuperSilica resin system. The result is a much lighter, more responsive fly rod. The rod really does feel alive in your hands.

True to tradition, this rod still has the classic ‘Winston feel’ and if you prefer your fly rod to double as a broomstick, this likely isn’t going to be your cup of tea. That said, the medium-fast action of this rod still has plenty of power to cover a very wide range of your on-water bases.

I spent the past few weekends putting the AIR through the paces on the South Platte and walked away very impressed. This is definitely a totally new fly rod.

For my testing purposes I fished the AIR in 9’ 5wt. I felt the rod excelled best in two situations- dry flies and light nymph rigs. The dry fly side of things was no surprise given the manufacturer of this rod and I was extremely impressed by the rods effortless versatility. Whether making a 10’ cast or a 60’ cast, this rod handled it all without missing a beat. I primarily fished tiny size 18 and 20 bwo’s with the AIR, however made it a point to throw some larger hoppers around as well. Once again, this rod performed effortlessly and had no issue turning over these larger foam offerings. I instantly found myself daydreaming about how much fun it would be to spend a day in a drift boat throwing hoppers or stoneflies with this rod.

The AIR also handled my tailwater nymph rigs very well. That said, there were a couple times that I added a substantial amount of weight to target a deep fish and did feel a little underpowered. That also said, if I was getting this rod with the intent of doing a lot of nymph fishing with it I would likely get the 6wt. I’ve always felt that Winston rods fish about a ½ weight under what their labeled as. (Without getting too much off topic, I’ve got a 6 weight BIII-X and fish it in all places that I would normally fish a 5wt)

The one thing the AIR is not- and it never claimed to be- is a streamer rod. As the final part of my testing I fished around with a small sculpzilla and sparkle minnow. The rod still handled these smaller offerings quite well, however I’m confident that trying to fish a bigger articulated streamer would have been overkill. (but that could be said for almost any 5wt out there).

The AIR is offered in 9 different combos of length and weight from the small stream delight of a 7’6” 3wt, up to the big river, size 4 salmonfly and hopper/dropper special of a 9’ 6wt.

Interested in checking out an AIR for yourself? Swing on by the shop and give one a cast. I feel confident you’ll quickly agree that Winston has truly created something special with this new rod. 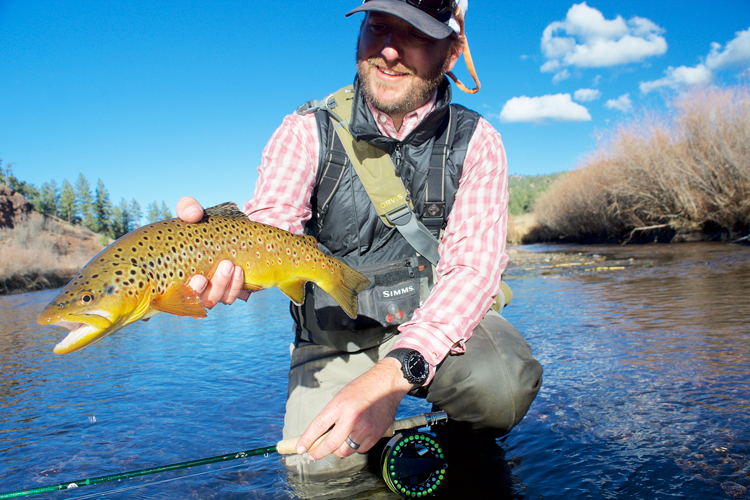