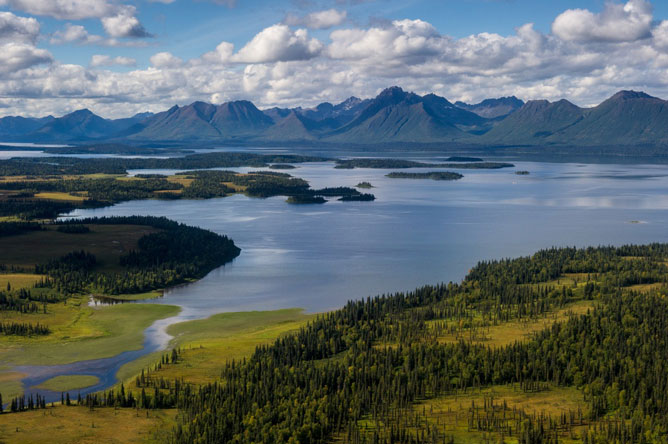 Here is some very exciting and positive news that just was announced by the EPA. We're now one step closer to protecting Bristol Bay. Bristol Bay is a one-of-a-kind natural resource and provides the spawning habitat for the world’s largest sockeye salmon, as well as rainbow trout, dolly varden, arctic grayling and four other species of pacific salmon. Here is a brief excerpt from an Associated Press article that appeared in the Washington Post:

“The watershed produces nearly half the world’s wild sockeye salmon, a fish that is important for Alaska Natives in the region. McCarthy called the watershed one of most productive ecosystems on the planet. The announcement Friday follows release of an EPA report in January that found large-scale mining in the Bristol Bay watershed posed significant risk to salmon and could adversely affect Alaska Natives in the region, whose culture is built around salmon.” - the Washington Post

“The global hunting and angling community has worked to protect Bristol Bay from the threat of the proposed Pebble Mine for years,” said Scott Hed, Director of Sportsman's Alliance for Alaska. “Today’s news that EPA is initiating a process under the Clean Water Act that could lead to Bristol Bay’s protection is welcomed by over a thousand sporting organizations and businesses, and millions of sportsmen and women ranging from catch and release anglers to big game hunters and makers of fly fishing gear to firearms. The sporting community is united in this fight, and will continue to engage in this issue to ensure that one of the planet’s premier sport fishing and hunting destinations is permanently protected. Some places are just too valuable to be compromised; Bristol Bay is one of these places.”

Trouts Fly Fishing is among 69 angling and hunting groups and businesses from Colorado that have signed on in support of EPA action to protect Bristol Bay. That places Colorado solidly in the top 3 states for most support outside of Alaska.

For more on the fight to protect Bristol Bay and to understand what is at stake, CLICK HERE.