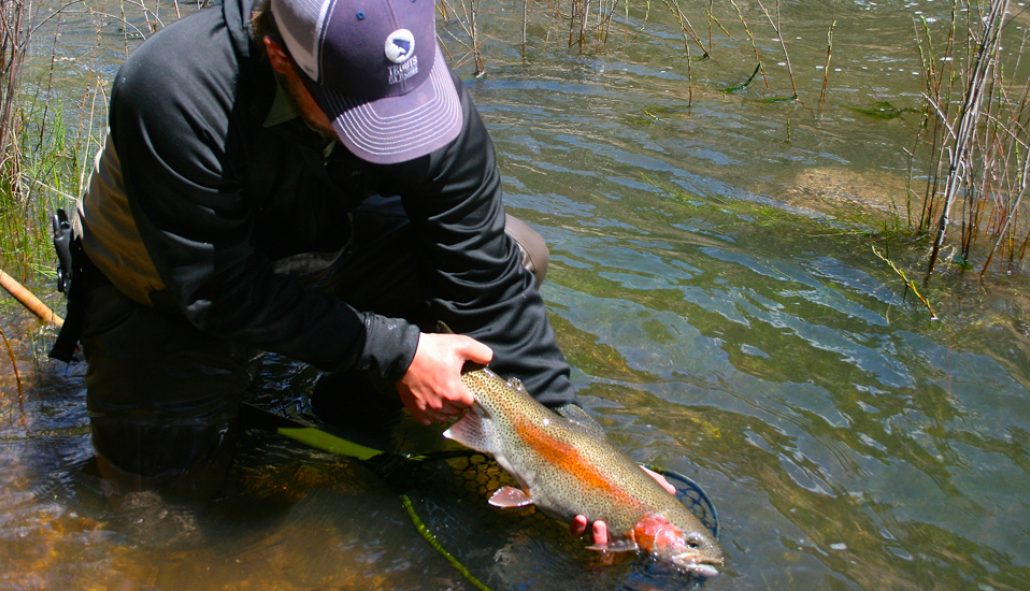 We had all been watching the flows of the local streams grow higher and higher, and the anticipation was building at the thought of Cheeseman Canyon over 1,000 cfs. We knew that while certain rivers are nearing flood stage with zero visibility, fishing a tailwater like Cheeseman would still be a solid bet with less sediment from feeder creeks. After meeting in the lower parking lot, the three of us and Mitchell’s Jack Russell - Tippet - marched off to what would be an entirely different Cheeseman than any of us had ever experienced. If low and clear water, spooky selective trout, and humbling fish counts is what Cheeseman Canyon is known for, this day showed us a side of Cheeseman that was as far from it’s reputation as possible. The canyon had come to life with summer foliage and the water was absolutely massive, flooding the willow-lined banks and covering traditional runs in whitewater that could make some of my raft-guide friends drool. We found fish almost immediately in any soft pocket that would allow a slow even drift, and picky eating was simply not in their vocabulary. Large worm patterns, scuds and oversized bead-head nymphs all were productive. It was almost enough to make me wish this rain would keep coming and the river would stay this high year-round. For those of you who have put the fly rods in your closet until runoff subsides, you might want to give that a second thought. Simply put, this is some of the best fishing of the year and a great opportunity to experience some of the Colorado classics in a new light. We at Trouts Fly Fishing want nothing more than to help you have the best day on the water possible! In fact, we want you to have a great day on the water more than Tippet wants to stare at trout!

Interested in taking on high water conditions for the first time? Click HERE to read a few of my top tips for fishing this time of year. 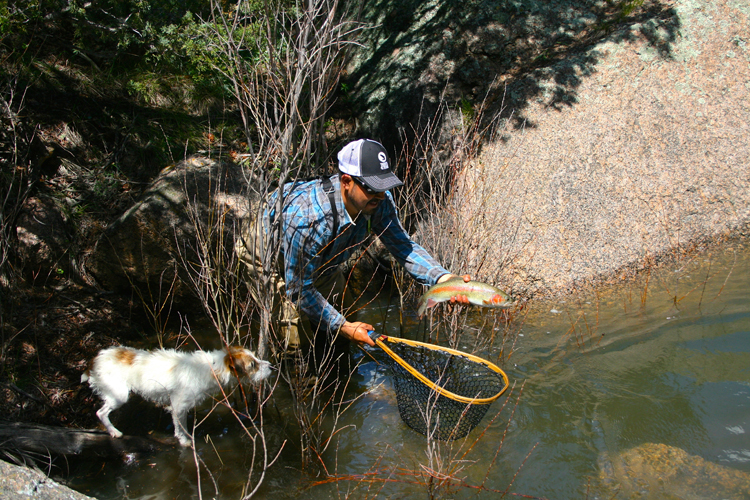 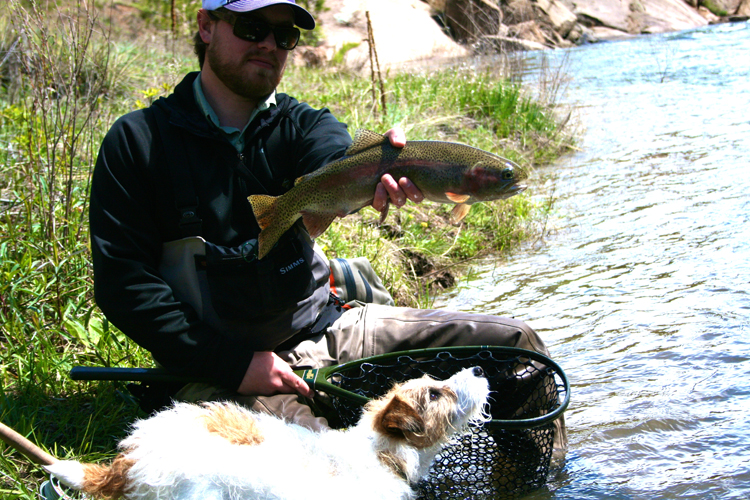 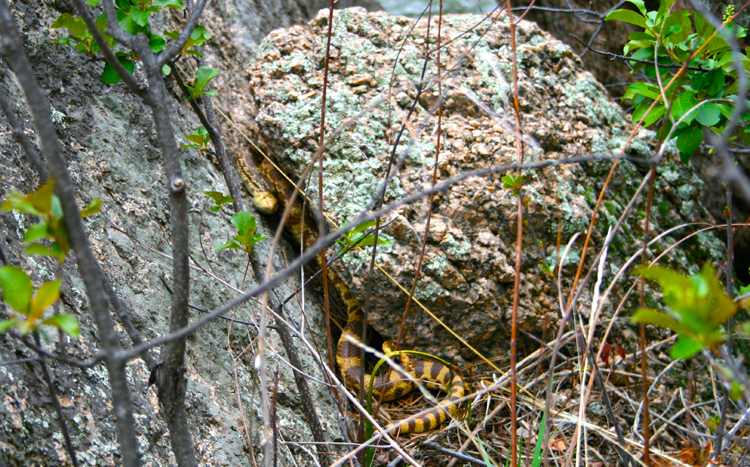 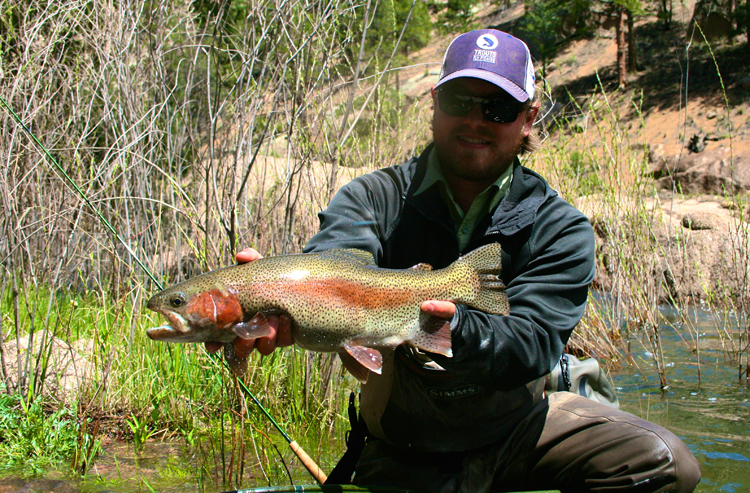 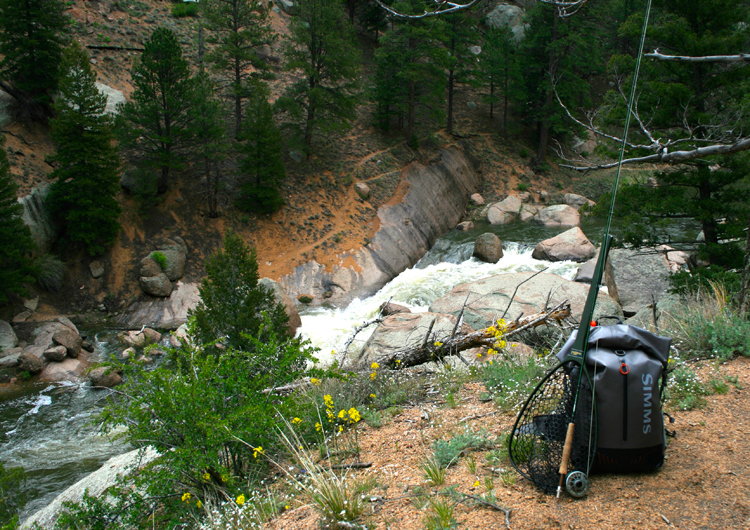 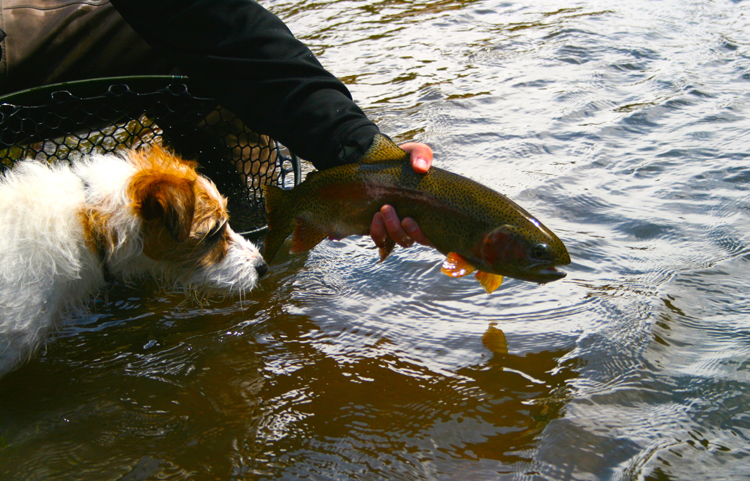 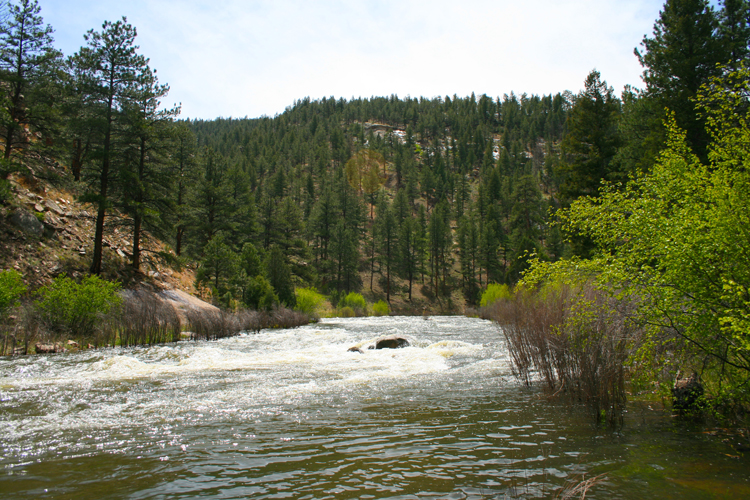