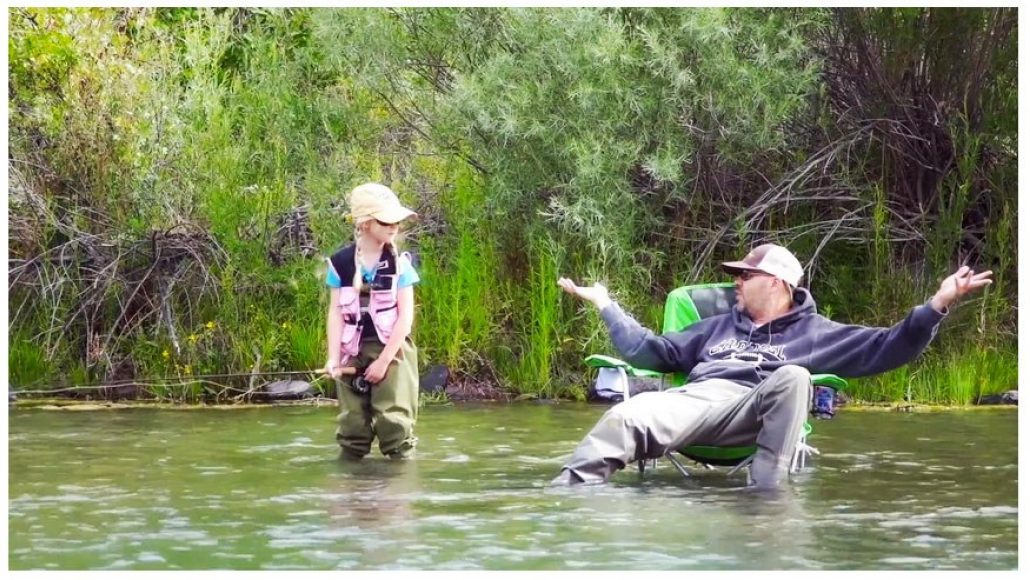 I ran across this on Gink and Gasoline the other day and couldn't help but repost. If you've been thinking about a trip to Missoula, MT but couldn't come up with a reason, you just got it. Hank Patterson's Reel Montana Adventure debuts November 7th at the Wilma Theatre in Missoula. I can only imagine at least a few laughs will be had.......and a few cold ones consumed.

Hank sat down with the G&G crew for a little interview to promote his new movie. I'm sure at least a few of you will enjoy this.

Carter: Hank, if you could sing one song on American Idol, what would it be and why?

Hank: I have absolutely no idea what American Idol is. That said, on a  recent road trip to Picabo, Idaho, I found myself humming Elton John’s  “Daniel.” Having no idea what the actual words are, I made up my  own… If you know the tune, feel free to sing along…    Hank Patterson’s traveling tonight on a boat,   He just tied a caddis on and he’s watching it flo-o-o-oat…   Oh and… I can see Hank, he casts like a God…   Looks like he hooked a RainBrown!   A fifteen-pound hog on a five-weight rod….

Carter: What would you do during a Zombie Apocalypse? Grab a cub?

Hank: First thing I’d do is get a good, tight fitting helmet with a chin  strap that locks. Zombie’s love brains. Second thing I’d do is start  hanging around with people who are a lot clumsier and slower than I  am. If a pack of Zombies comes around, you don’t have to be the  fastest guy in the group, you just can’t be the slowest. Third thing  I’d do is go pillage a few fly shops, grab some sweet gear, a lifetime  of flies and head for the mountains.

Carter: If G & G were a high school kid, what kind of person would they be?

Hank: Every school’s got that one kid who never takes off his coat. Whether  it’s 105 or 10 degrees outside, the kid has that filthy coat on. In  class, out of class – he’s wearing that coat. Jeans or shorts – he’s  in the coat. Math class or gym class, that weird kid has that damn  coat on. He washes the coat about as much as he washes his greasy  hair and he rarely looks away from the ground in front of him. Real  awkward kid who likely spends a large share of his time eating  smashed Smarties candies and whittling his own 16 sided dice. Anyway… you fellas sorta remind me of that kid.

Carter: If you were not the world-renowned expert fly fishing guide you are  now, what else would you be?

Hank: Honestly, I could likely be any damn thing I set my mind to. I’m a  driven man who loves a challenge. Always have been. When I was 8  years old, my Mom bought me a Rubix cube. I wrestled with that thing  hour after hour, day after day, month after month until I finally  smashed the hell out of it with a hammer and poured whiskey on it and  burned it on the garage floor. The true solution to that puzzle was  to overcome the desire to solve it. Anyway, I’d probably be a life  coach or a boxer.

Carter: Why does Reese never talk?

Hank: Let me begin by stating this fact… In order to proclaim the moniker  “World’s Greatest Fly Fishing Guide”, one must have the “World’s  Greatest Client.” I do. There’s none better than Reese and that is  an indisputable fact. One of the things (beyond his generous tipping)  that makes Reese such a great client is his desire to listen and learn  as opposed to blather on like a fool. As the guide I should do the  blathering and frankly, I think I do a great job of that. Before  Reese, I tried out a few other clients but they would never shut up -  “Did you bring me beer?”, “Are you going to tie on my fly?”, “Why do I  have to row the boat?”, “You didn’t bring me a lunch?” – blah, blah,  blah… I’m not a river butler or a boat rower, I’m a guide.

Carter: Have you ever thought about becoming a professional saltwater fly  fishing guide? Why or why not?

Hank: I think about it every day. I especially think about it when I’m  guiding in an Idaho blizzard in January. I’m thinking about it right  now. This morning I was holding my frozen beer over an open flame  next to the river thinking about how awesome it would be to be lying  on a beach, covered from head to toe in cocoa butter, hollering, “Snap
It” to a group of tourists all hell bent to hook a permit. Anyway, if  any sponsors or anyone with a few bucks is reading this and wants to  invite me to come guide and shoot videos in Belize, please pick up the  phone. I have no doubt I could do for the ocean, what I’ve done for  the rivers.