How Was Fishing This Weekend? – April 15th Edition 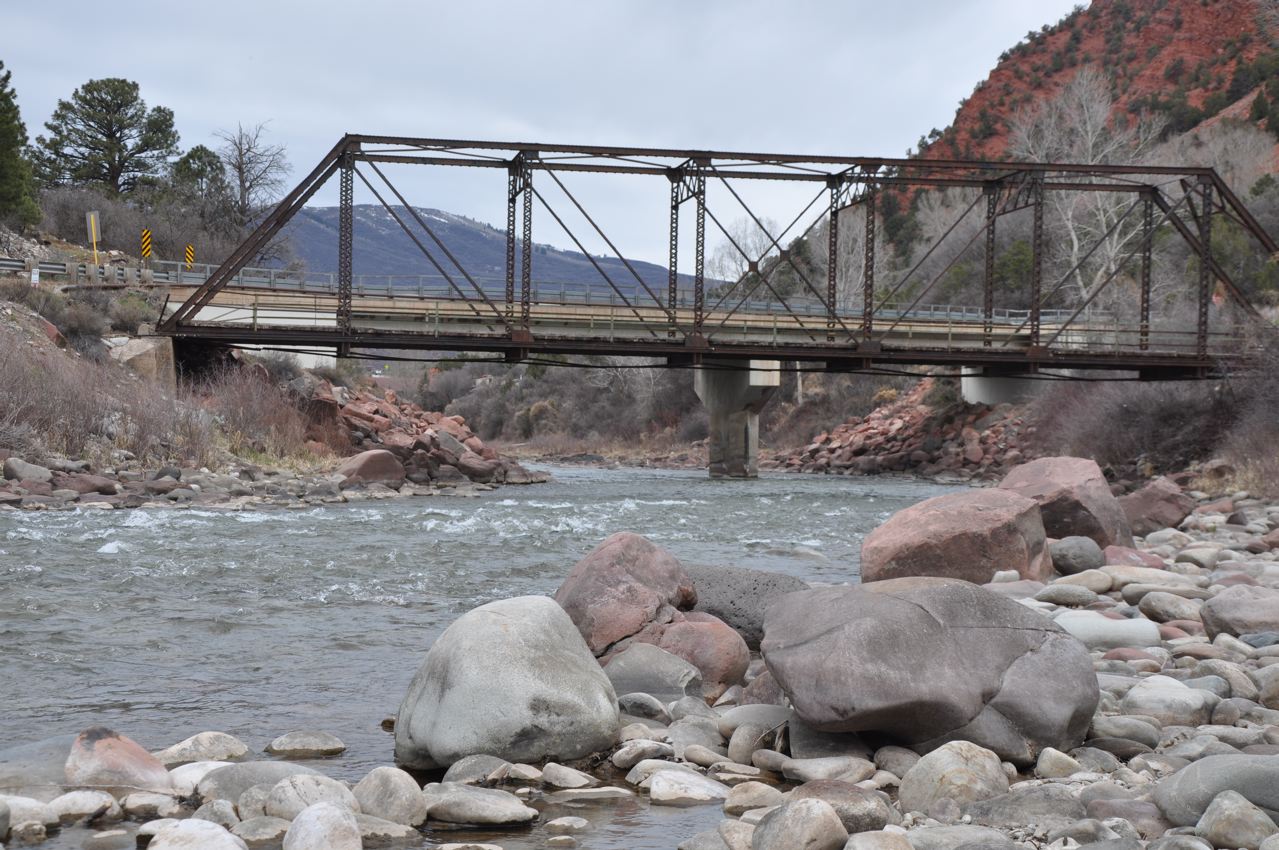 We asked for the question… again. Our customers delivered the goods. Here is what we found in Monday’s mailbag: 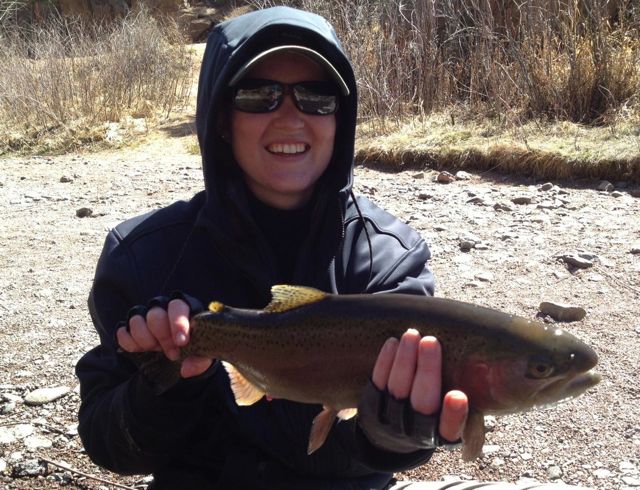 1) Deanna Dozsak had this to say about fishing on the South Platte River:“Great fishing!!! Here are some of our pictures. We enjoyed every minute of the great outdoors of Colorado. Beautiful day of beautiful trout fishing!” 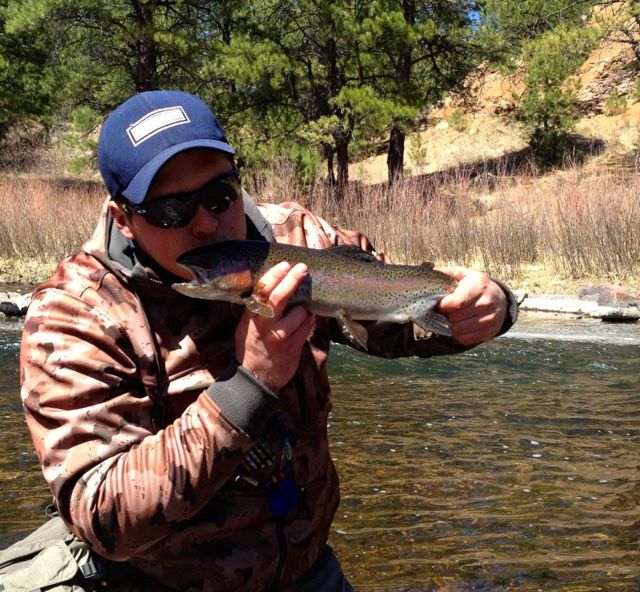 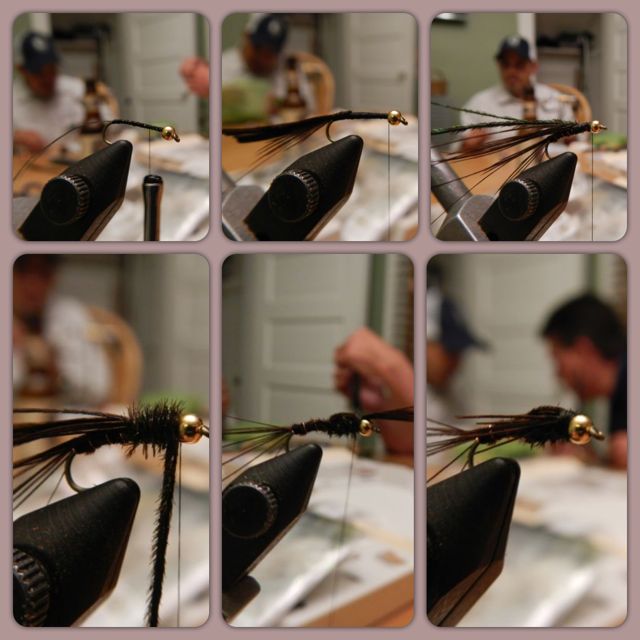 2) Andy McKinley from our pals down at Duranglers hooked and landed this rainbow on the Animas River. 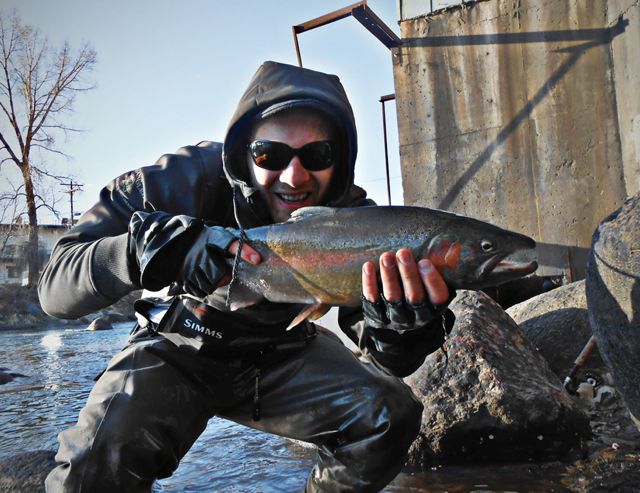 3) Looks like a dog day afternoon for Scott Weaver and his pooch Buddy.

4) Another South Platte River specimen caught by Vlad Amani not far from Denver, CO. “Caught this on a zebra midge pattern… Beautiful afternoon out on the water!!!”

5) Check out this shop favorite: PIKE release by Jeff Johnson. 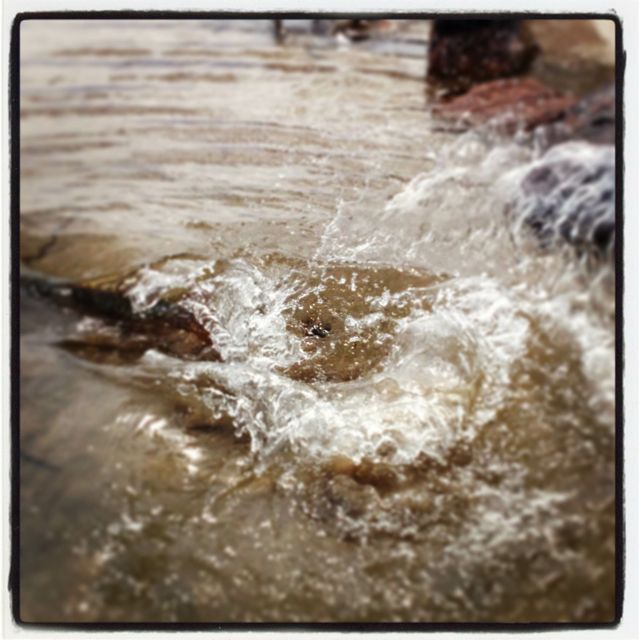 6) Here is a fish caught and safely released during our Beginner Fly Fishing School courtesy of Dave Lovell. 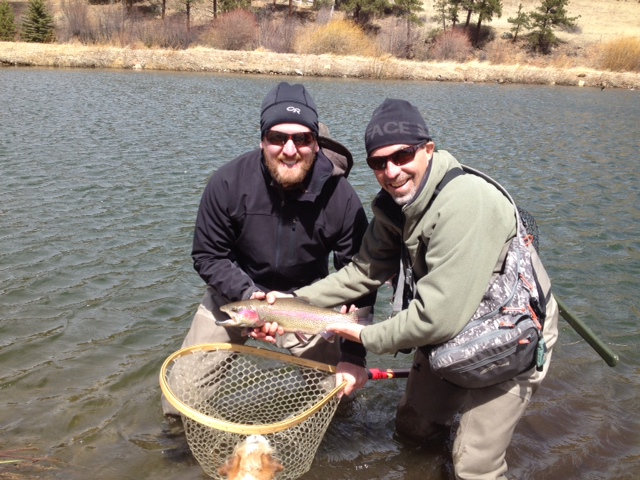 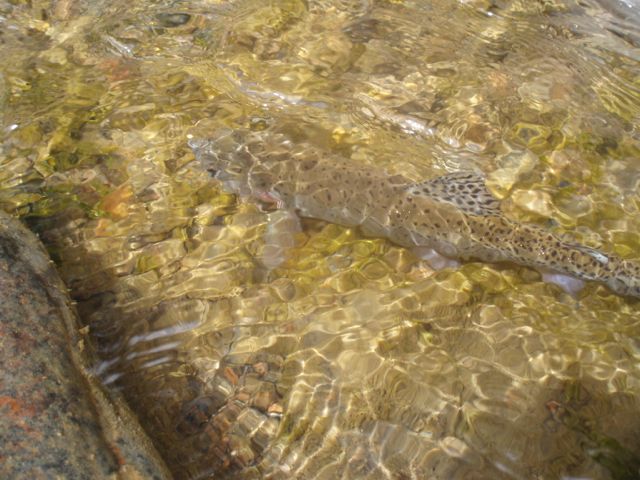 7) Here is a quick South Platte River report from J. Acey Albert: “The river was full of fish, but they're stubborn as hell. I got this one to rise to a grey Brook's sprout. I have my Trouts cap on, but my brother-in-law cut it off in the photo.” 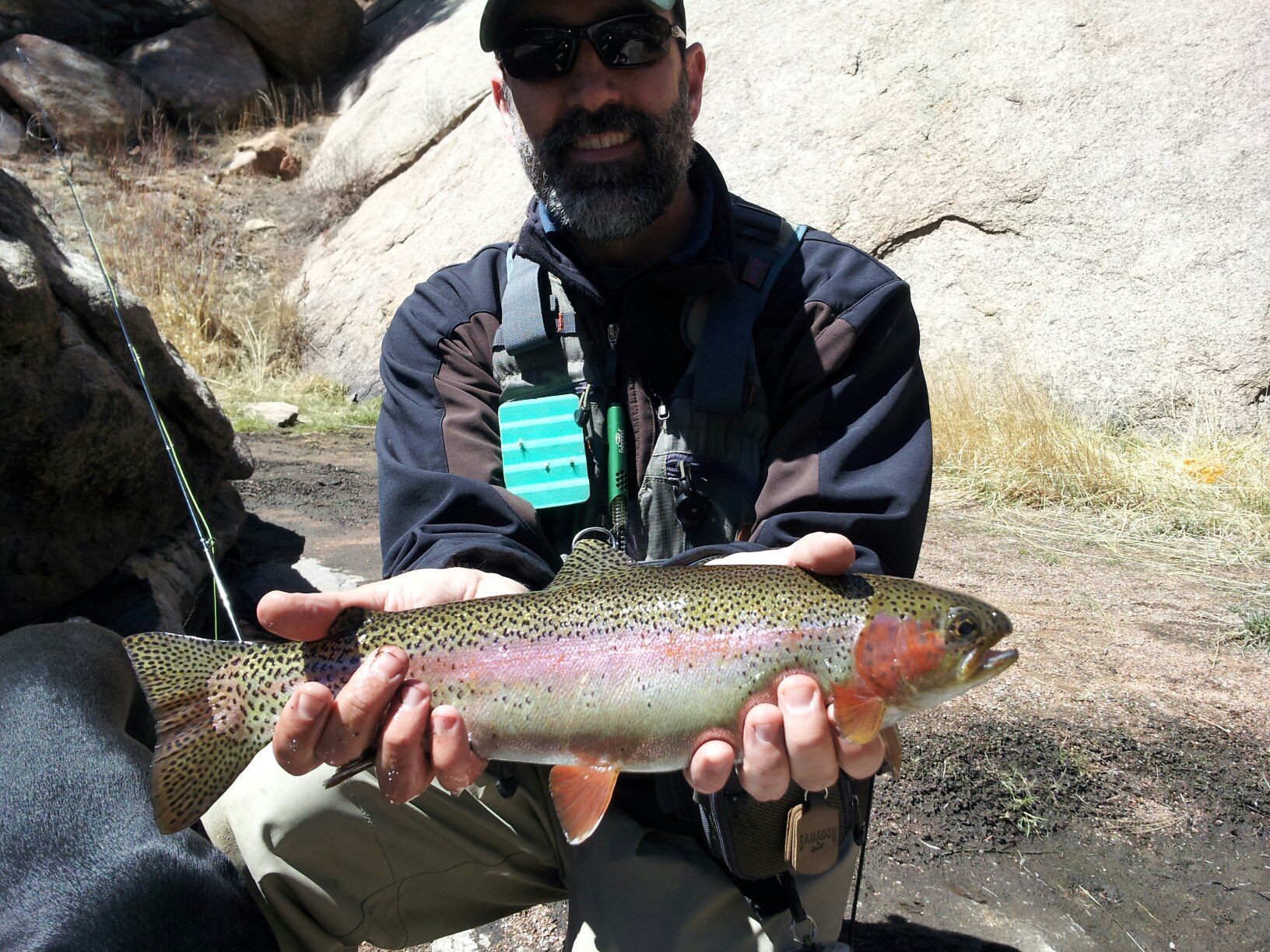 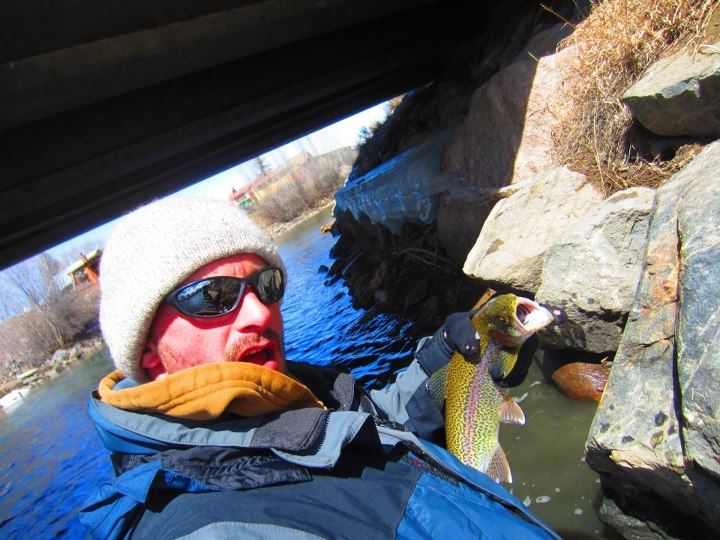 Lastly, we had a lot of fun floating the Roaring Fork River this weekend. The water was skinny and off color, the wind was blowing hard… but the baetis were pouring off the water’s surface. Look for a more detailed report later today.

Trouts Fly Fishing would like to thank everyone who sent in photos. It is great to see everyone enjoying the outdoors, exploring new water, and fly fishing.

So who gets your vote for the best weekend image? Our Roaring Fork shots are not in the running. Whoever gets the most votes here on our blog wins a Trout’s Signature Trucker Hat – winner’s choice of kelly green or navy blue. Vote now!