For the past 11 years Trouts Fly Fishing has been making the annual pilgrimage to the annual International Fly Tackle Dealer Show (IFTD) to engage with our industry partners, see the newest and latest fly fishing gear and technology, and begin to plan out the coming year (yes, we are already looking forward to the 2017 fishing season). The 2016 IFTD show was held in Orlando, FL last week, and we cannot be more excited about all that is to come in 2017. Here's what Trouts GM Rick Mikesell had to say about the show:

"It was the busiest, most engaged IFTD I have attended yet. All booths of merit were always full, and the meaningfulness of the personal relationships within our small industry was more apparent than ever. It was not a year for groundbreaking new categories and product offerings (aside from maybe fly boxes), but more a year of detailed and purposeful refinement. Companies that have undergone recent ownership changes, alignment with other brands, and changes of direction, and have had a bit if a rebuilding mode, have now seemed to have really hit their stride in developing really good gear (Ross/Abel, Orvis/SA, Winston, T&T) New rod and reel offerings are going to make the choice for the consumer very difficult, as they are all really, really good across the board. The X, The Air (my personal favorite of the batch by a nose) and the T&T Avantt, were all remarkably good trout rods, and are going to go head to head with the current favorites (Radian & H2), the Flex from Scott will increase the strength of the sub $500 market, and will be right in the mix with the high value Recon & Nexus. Orvis’ new American Made Mirage, and the Abel SDS (best of show) were both very impressive, saltwater anglers will have some really strong options. 2017 will be a very good year for the consumer, as there options for good gear are now infinite, and of the brands we offer, there is not really a lesser option among them. The new Abel American made nipper was really cool, and adds an Ultra Techy option to the growing premium nipper world. The biggest innovation was seen in the Fly box world, with both Umpqua and Orvis (Tacky) coming up with some really cool new ways to carry flies. Both lines were in unfinished prototype stage, but should be ready to go by ’17. My overall take away from this show is that this industry is comprised of overwhelmingly good, passionate and innovative people, it is no wonder that they are putting out such great products, and that people want to be a part of it."

For Trouts E-Commerce Manager Erik Myre, this was his first time attending the IFTD show. While taken back by the size and presence of the Fly Fishing Industry in a show setting, Erik was pleased to see the direction the industry is headed:

"In short, the products that came out at this show seemed mostly to be iterative enhancements. Overall, nothing that was mind blowing, but just some solid product refinements that I think our customers will love. The biggest thing I enjoyed seeing was that almost every major rod manufacturer announced a euro-specific rod model. This is something that has been a hole with the major players ever since Hardy discontinued the Zenith and the Grey's Streamflex was discontinued. I'll have my hands full testing the new models from Orvis, Sage, Thomas & Thomas, and Winston. An item that probably didn't get much hype, but that I'm excited to see come out is the AST Plus technology from SA. The idea of a fly line rejuvenating its coating as it wears and actually getting slicker over time will be huge if it works as advertised. Nothing makes a fly rod sing better than having a fresh line on it, and AST promises to basically do just that. Other highlights I thought were notable were the all american-made nippers and pliers from Orvis, as well as the new Mirage (if it fishes as good as it looks, they've got a winner). I'll definitely be adding the new Fishpond Thunderhead Duffel to my travel luggage arsenal. I can't say I've always been a huge fan of Fishpond's color selection, but this new yellow/orange along with a logo refresh are really sharp! The other trend seems to be mil-spec blackout versions of just about everything. The new Black-Out Hatches that we ordered already have a home with me if we don't sell them immediately."

We'll start to see some 2017 new product begin to trickle into the shop around the beginning of August, starting with the award winning Sage X. We'll be sure to keep you al posted as product begins to arrive, but in the mean time here's some photographic teasers of what we thougth was the most notable gear of the 2016 IFTD show. 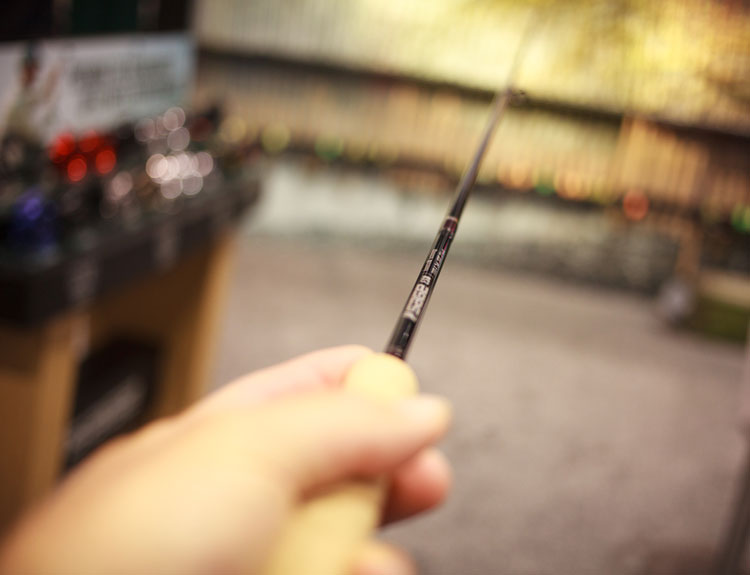 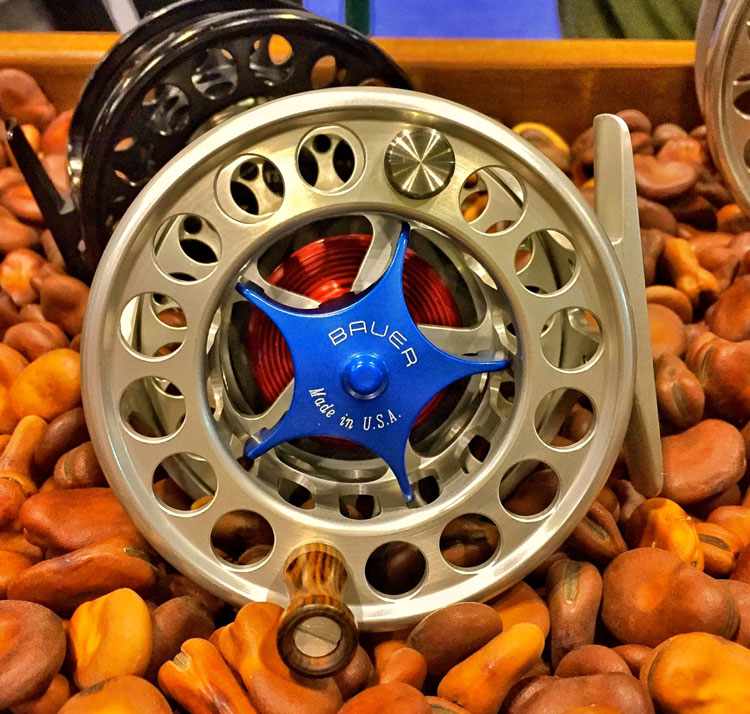 The newest reel from Bauer. Recently purchased by Winston Fly Rod's, we're excited to see this iconic reel brand back at Trouts. 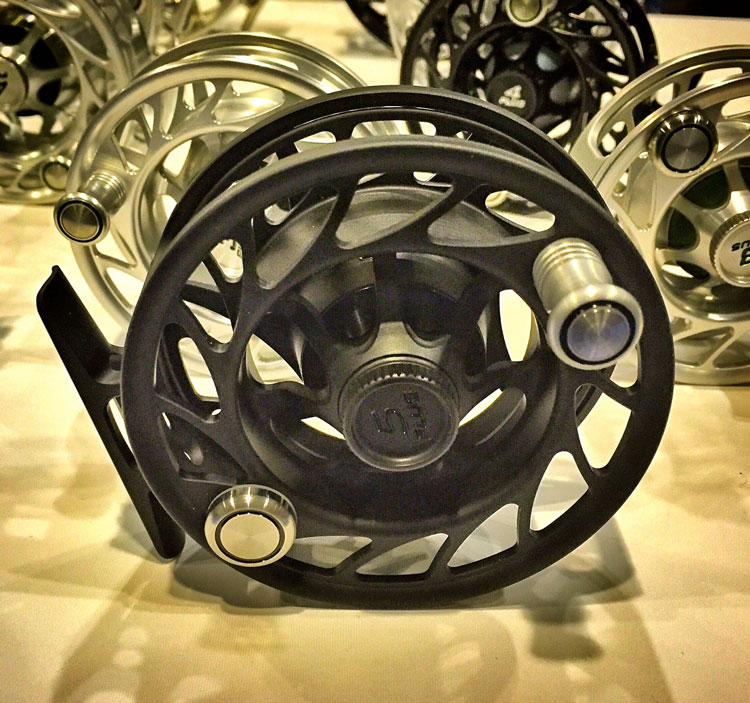 The Limited Edition Black Out reel from Hatch Outdoors. They are also offering this finish in a limited run of nippers and pliers, all of which will be in the shop once they are availabe. We were alloted 3 of each (reel, nipper, plier), so be sure to put you name on one now if you want one. 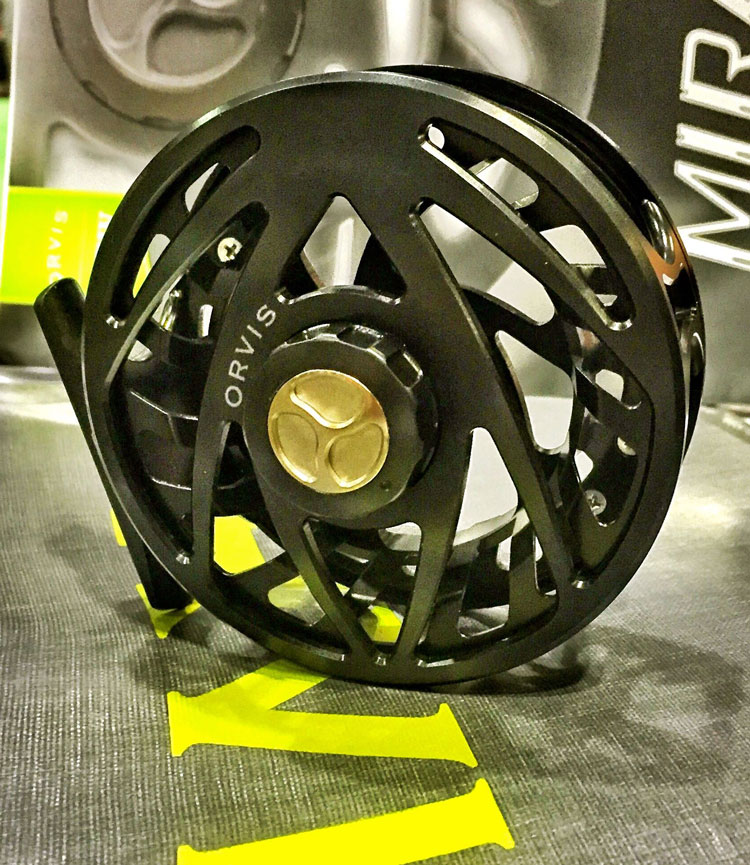 The all new Made in USA Mirage Fly Reel. We are very excited about this update from Orvis, especially seeing as they brough production of this reel stateside. 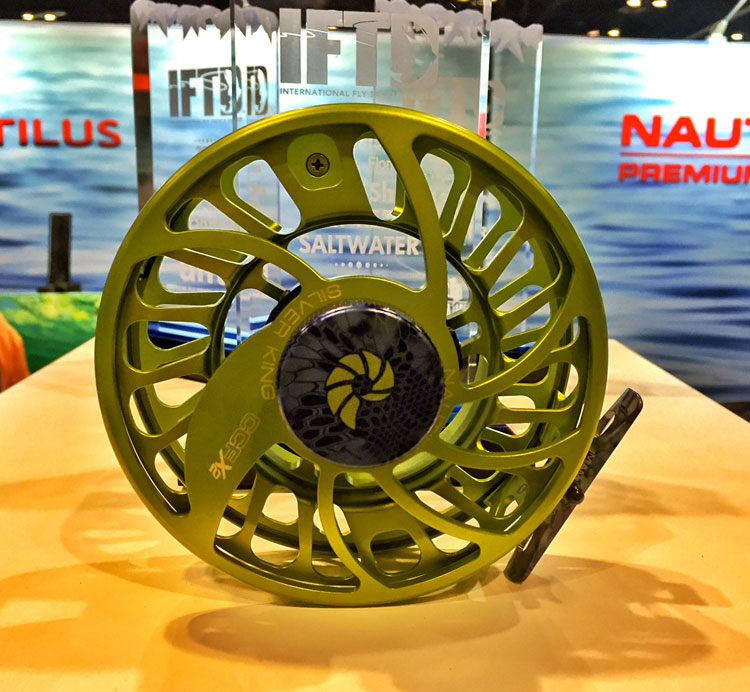 The new CCFX2 Silver King from Nautilus Fly Reels. An amazing update to an already stellar big game fly reel, sure to turn heads on any flats boat. 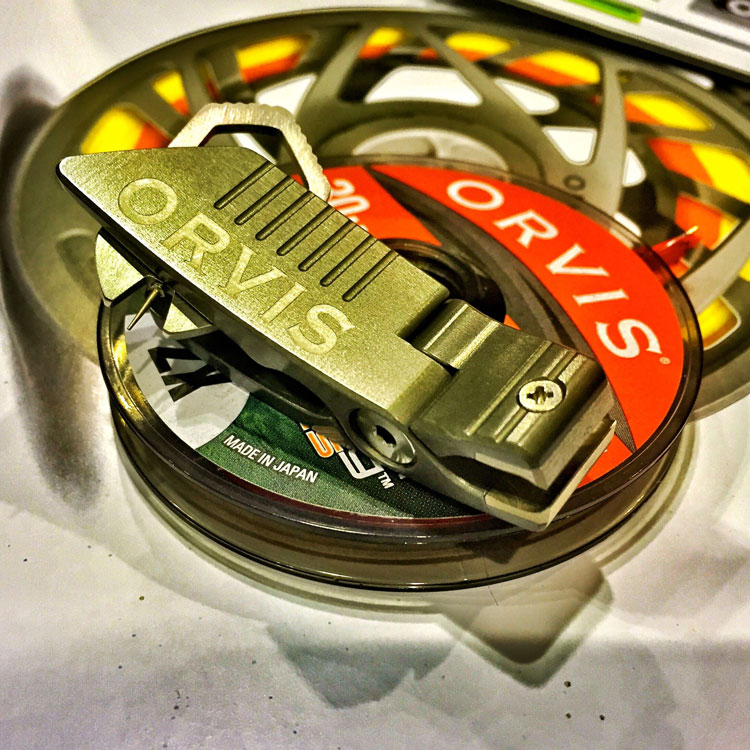 The new Made in USA Nippers from Orvis. These bad boys won Best Fly Fishing Accessory during the 2016 IFTD show... need we say more. 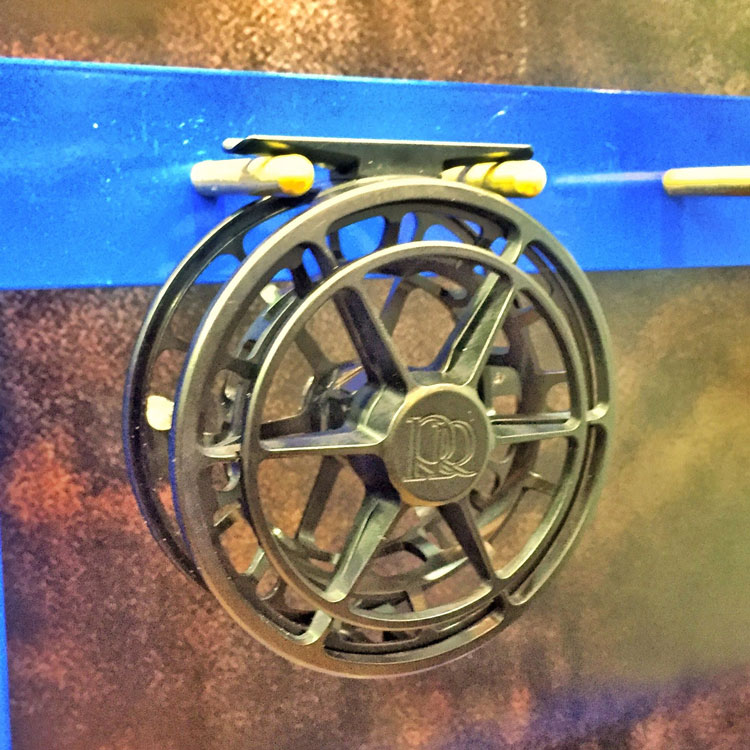 The new Ross Evolution R Fly Reel. While the Colorado LT won Best Freshwater Fly Reel during the 2016 IFTD show, we were still plenty impressed and excited about the release of this new reel.

Scientific Anglers new AST Plus fly line technology. After casting these new fly lines, we can say that this will be a ground breaking addition to the fly line market. A truly useful technology that surpasses anything else on the market.

Scott's newest addition to their line-up, the new Scott FLEX fly rod. Priced at $475, this fly rod is surely to turn some heads. 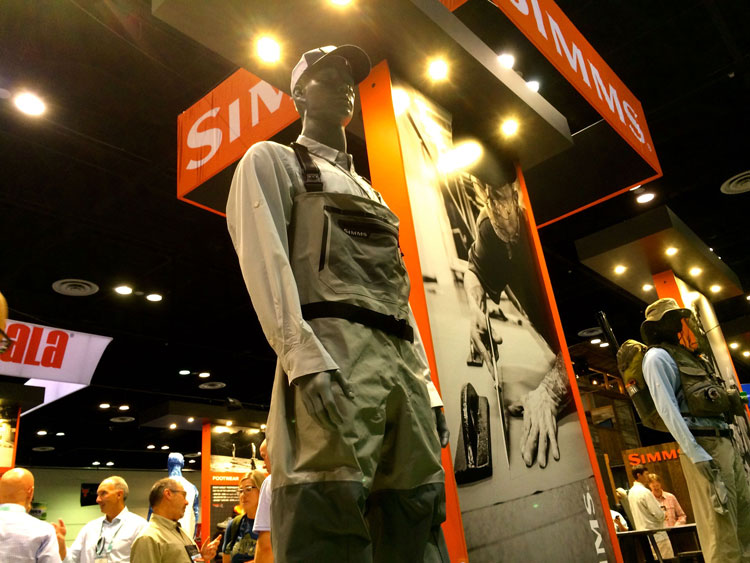 Simms' new Headwater Wader. While only an update to an already stellar product, the look and added features of this new wader will be a crowd favorite. 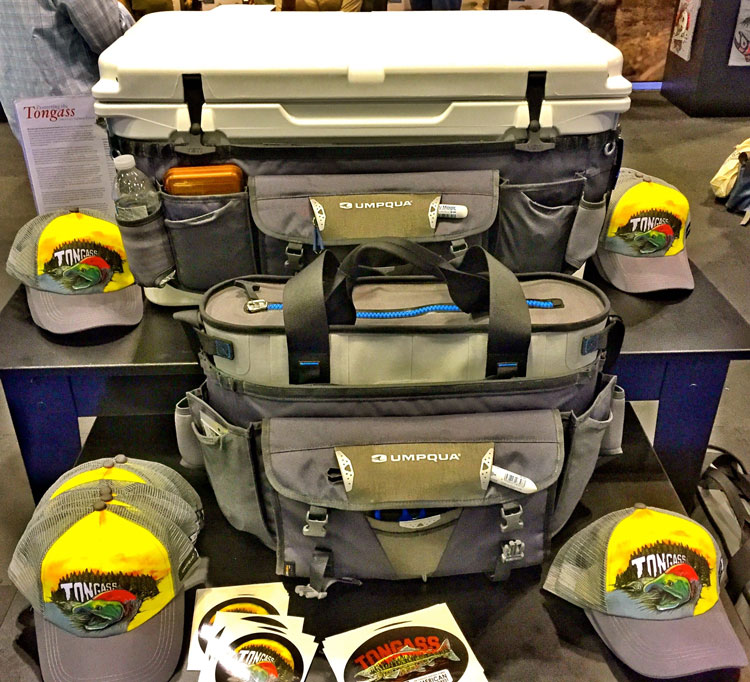 Ready to pimp out your Yeti's? Umpqua Feather Merchants teams up with Yeti to produce these killer cooler attachements. 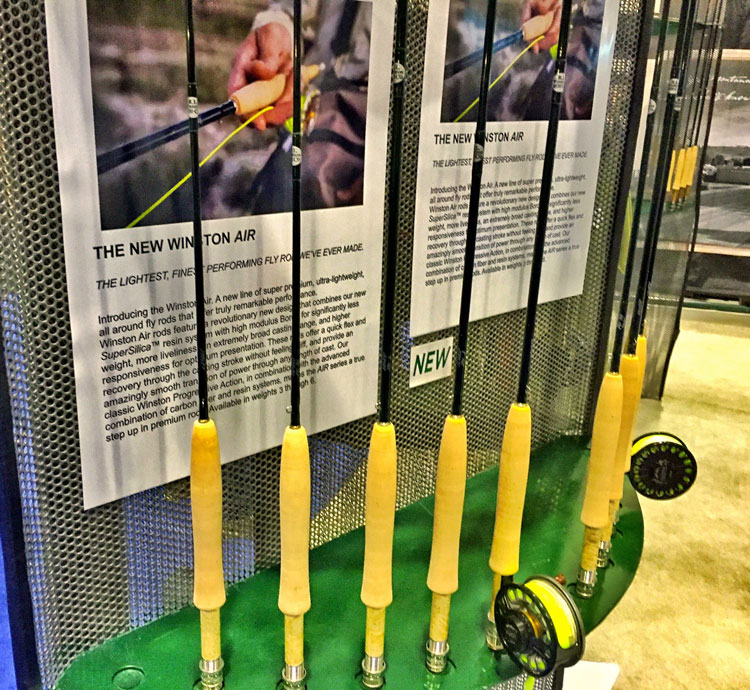 The Winston AIR, the newest addition to Winston's progressive fly rod offering. This was a staff favorite for sure, and we can't wait to have them on our rack.