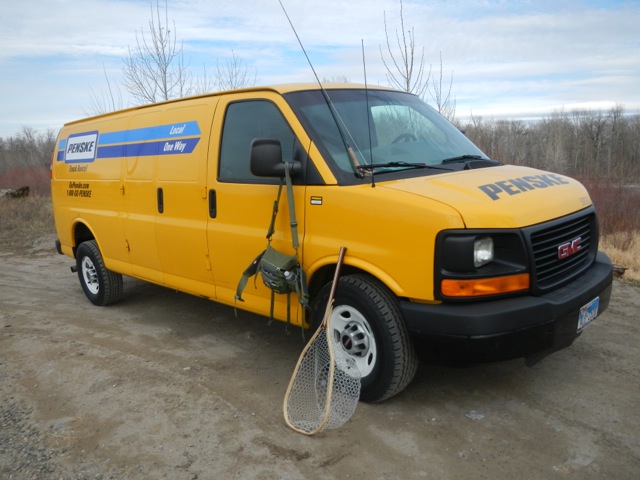 Tucker did a pretty good trip outlining the first half our trip to Montana. There were a few details that were left out that are worth sharing.

After departing Denver we quickly realized there was something wrong with the Penske Van: it would not exceed 70mph.

“I think it must have a governor,” Rick suggested.

“Why don’t you google ‘How to disable a Penske Governor’”, I suggested.

“I found something on wiki.answers. It says ‘You Don’t. The ‘governor’ is installed for a very good reason: to keep you safe while operating.”

And that is how we found out that the long ride to Bozeman… was going to be a LOT longer.

Our first stop was on the North Platte River where we chased some carp around. The water of off-color but we were able to stretch our legs, make a few casts, and Rick managed to hook this rainbow. 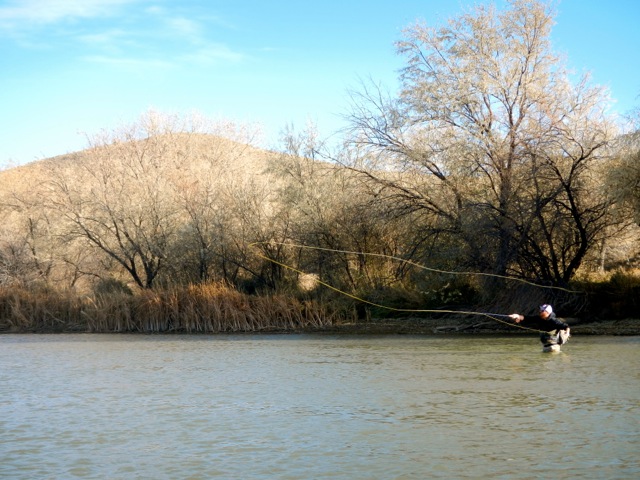 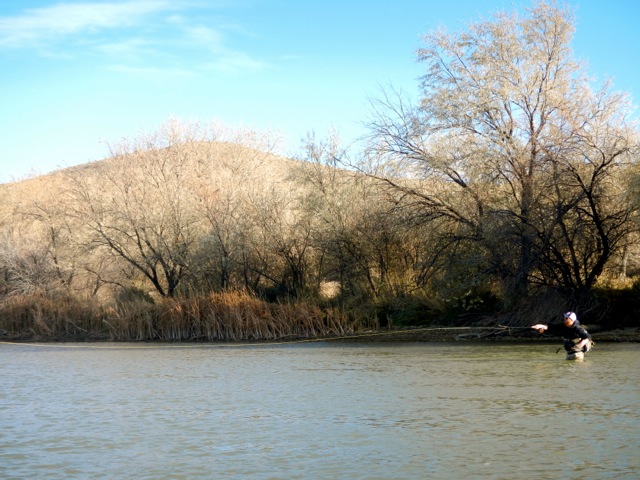 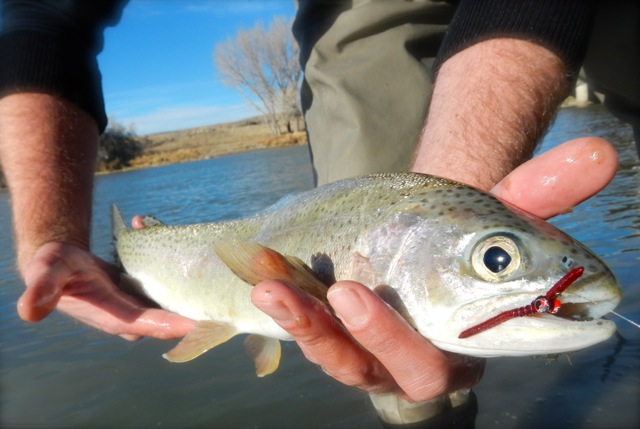 After that we made the final 5 hour push to Bozeman, found our hotel, and crashed. Our next day was a mix of work and play. We did manage to hit the local water around town in between jobs. After that we headed out of town for another 4 hour drive to Ft. Smith and the Absaraka Fishing Bear Cabins not far from the banks of the Bighorn River.

The next morning we were up and out. We had arranged to rent a boat and shuttle service from Bighorn Fly & Tackle. The plan was a DIY day on one of the most densely populated trout rivers in the lower 48. 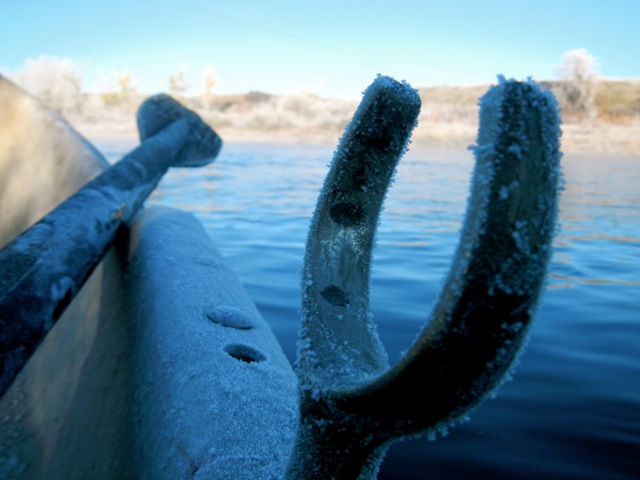 The morning was a bit chilly but the forecast was promising. November in this part of Montana can produce 15 degree weather and snow – we were looking down the barrel of day that was predicted to hit 60 degrees with a mix of sun and clouds. 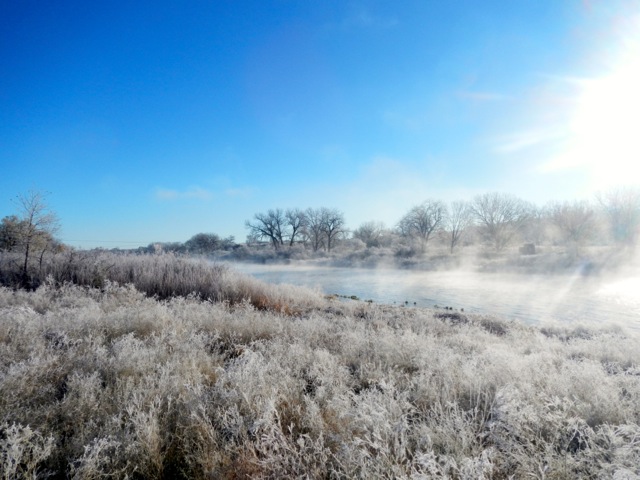 The plan was to concentrate a lot of our time walk wading and throwing two hand rods and big streamers. Rick had a big grab and fought a fish for a while before it came unbuttoned. Shortly after that, the bugs started popping and we quickly changed our strategy. By mid to late morning baetis and midges were starting to crack off in large numbers. 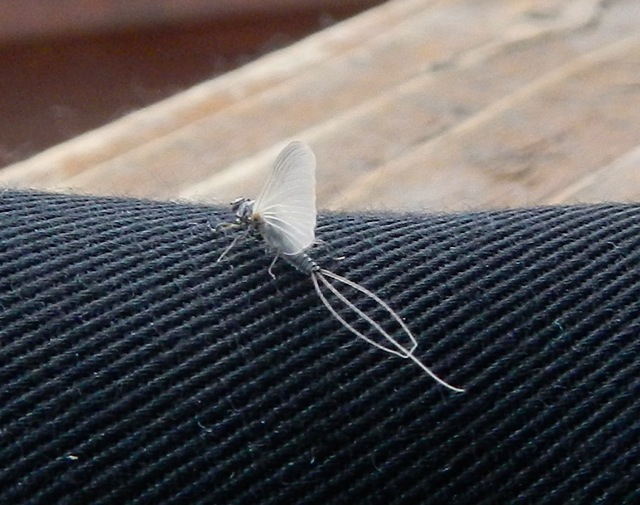 What ensued was some of the best dry fly fishing I experienced all year. We ended up pulling into the take-out and the sun had already set.

With what little light remained, fish were still rising. I cracked a beer and Rick stayed out long past the time he could actually see his size 20 baetis dry.

‘Use the Force Luke…’ is all I could think as I squinted into the darkness, listening for that tell tale sound of a fish eating and the set.

After that we headed back to the cabin. We had scored steaks the night before in Bozeman and cracked a 22 oz Hopulent IPA from Epic Brewing that we had brought along for the ride. As we wrapped up our day of fishing, it was hard to think of a better way to mix up work and play. 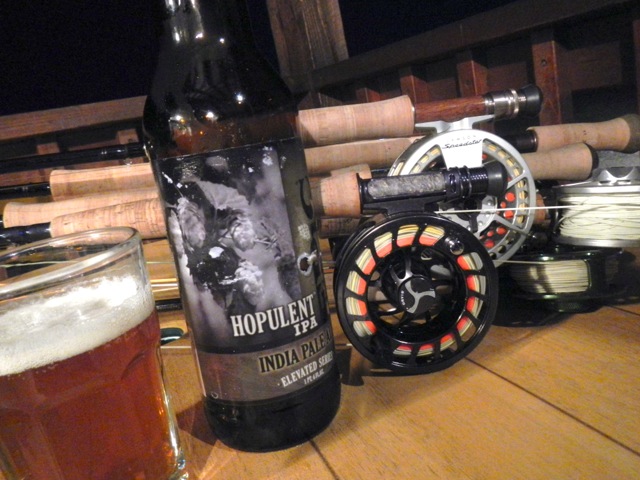 The next morning, we hopped in the Penske with all of our gear and headed for home. The route was straight and long and we never made it over… you guessed it… 70...miles....per...hour. 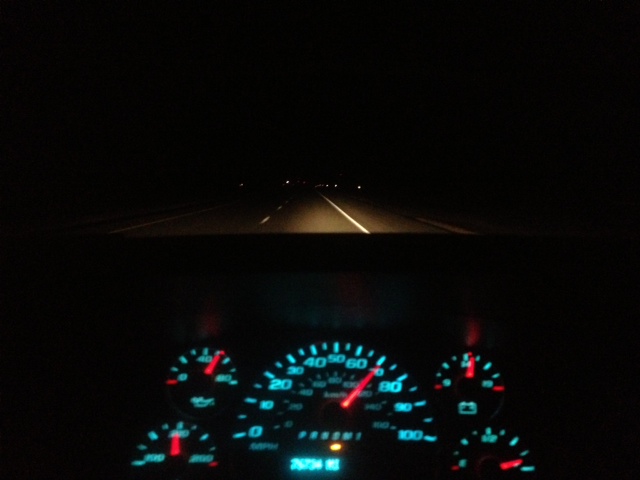