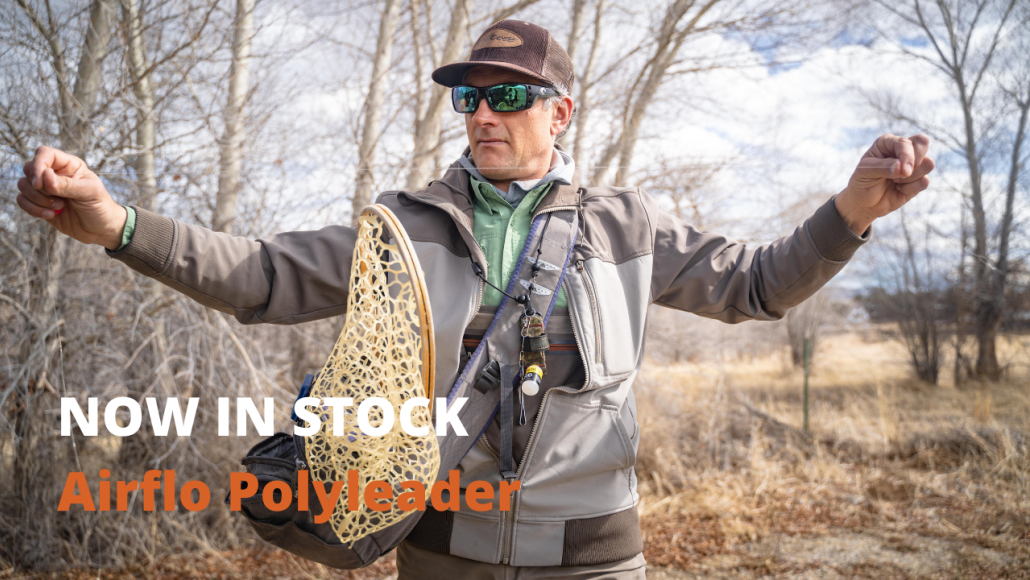 Suppose an angler exclusively fishes a weight forward fly line but comes across a stretch of water or situation that warrants the use of streamers. If you didn’t bring a dedicated streamer setup, but still want to throw streamers, there might be a product that will help your situation - Airflo’s Polyleader.

Using a polyleader, anglers can get more out of a singular fly line, providing the angler with more flexibility when on the water. Today, we will cover a few essential factors about why Airflo polyleaders are unique and why this single piece of tackle is one of the most “need to have” pieces of gear.

What Are Airflo Polyleaders and Why Are They Unique?

Airflo’s polyleaders are, in short, sinking leaders. However, in Airflo’s case, their polyleader is designed with various dense sinking cores (typically tungsten) coated in non-PVC material. For nearly 70 years, Airflo has been designing their polyleader without using PVCs both to the benefit of the angler and the environment. When a PVC sinking leader (or fly line) is made, the PVC begins to break down. When this occurs, the PVC sinking leaders leaches their plasticizers (chemicals that make up the PVC coating) into the environment, ultimately contaminating the waters we fish. Once a PVC coating has worn off, the line can become brittle and eventually fail.

Moreover, when it is time to replace a PVC-coated fly line or sinking leader, a group of chemicals called Dioxins begin to decompose, rendering the fly line virtually impossible to recycle. For these reasons, Airflo decided to make their fly lines and famous polyleader out of polyurethane material. If you’ve caught on, that's where the term “poly” in the name polyleader comes from.

The benefits of polyurethane are that this material is inert, chemically stable, fully recyclable, and requires no harmful plasticizers which are found in other PVC-coated options. By opting for Airflo specifically, anglers make a conscious effort to better their time on the water and the water they fish.

When Should You Use an Airflo Polyleader?

In short, Airflo’s polyleaders have many uses, most are designed to sink at various rates, to get your fly down quicker, and control the depth of presentation. Nowadays, sinking leaders are used when anglers want to get their streamer-style fly down in the strike zone and only have a weight-forward fly line. Airflo's polyleader is also an excellent option if an angler wants more depth when swinging flies on large rivers for salmon or steelhead. Using a polyleader in these situations means anglers no longer have to carry multiple rods or fly lines with them when they come to the river. Are dry flies not working out, and want to try something with more flash? Easy! Simply attach the polyleader’s welded loop to the fly line, attach the preferred piece of leader material to your fly line, and you are good to go! Although Airflo's polyleader is an excellent option in a pinch, any dedicated streamer fanatic will tell you it is not comparable to a true streamer setup. These typically involve a heavier weight rod and a form of a sinking fly line.

It is important to remember that when using a polyleader–or any type of sinking leader–there is always the potential for "hinges" to form when casting, especially if you are new to casting. This "hinge" typically forms at the line to leader connection. Often this is where anglers may see a collapse in their overall cast and hope no one was around to see it happen. We have all been there. This is why adding a polyleader to your kit is important, but not the ideal solution for fishing every rig with one line. It can help you adapt to conditions, but purpose-focused lines are an important choice we must make too. If you are interested in learning more about fly lines click HERE
For the avid trout chaser, Airflo has designed two polyleaders specific to both "Trout" and "Light Trout." These polyleaders come in different sink rates and lengths designed explicitly for various situations an angler may find themselves in. These multiple variations allow the angler to dial in how fast they want their fly to sink and how far away their fly is from their fly line.

Let us look at the image below for reference.

"When it comes to polyleaders I like the loop connection they come equipped with. Typically my favorite option is the 8’ but the 10’ is also another good option for longer distances. Personally, I would steer towards a 3-7”/sec sink rate option for Colorado rivers. However, I am a big fan of the 5”/sec sink rate. The lengths and sink rates above are perfect for Colorado streamer fishing and come without the hassle of carrying around a full sinking line setup. As far as setup goes, I would buy some swivels or tippet rings, then tie on your desired length of tippet. Typically, the optimal length is printed on the front of the packaging, which makes it super helpful for someone new to polyleaders. By using swivels or tippet rings, anglers get more use out of the polyleader, and they do not have to use the short section of leader to tie your flies. In my opinion, for Colorado rivers, these are the way to go. Polyleaders sink down deep, cast easy and are easily switchable when you are on the water." 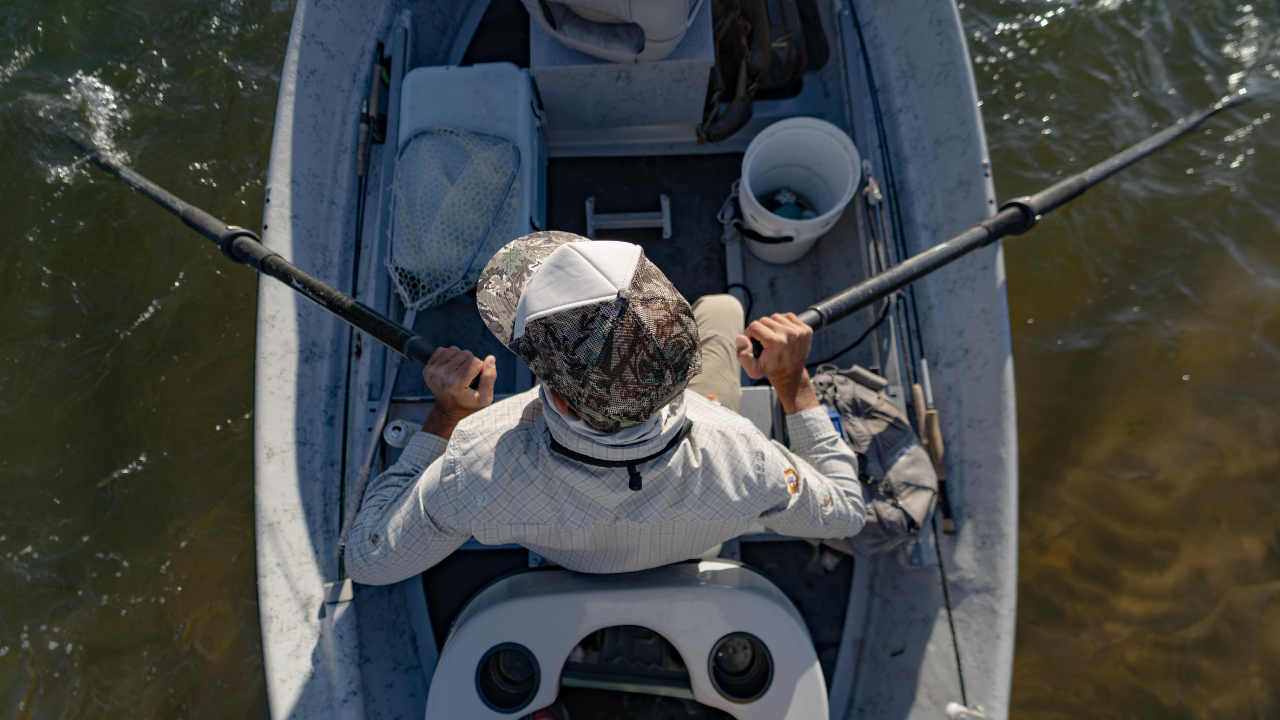 For those looking for a single piece of gear that will allow for more flexibility on the water, there is no better option than an Airflo polyleader. This piece of terminal tackle is highly versatile and a perfect option when multiple techniques are on the menu. While more fish aren’t necessarily guaranteed with a polyleader, when the situation necessitates getting your flies down deep in the water column or quick adaptation, Airflo’s unique selection of polyleaders can save the day.

Are you interested in checking them out for yourself? Come swing by the shop to learn more about Airflo polyleaders, or pick a few up for your upcoming outings on the water!