PHOTO ESSAY | A Canyon Thirty One 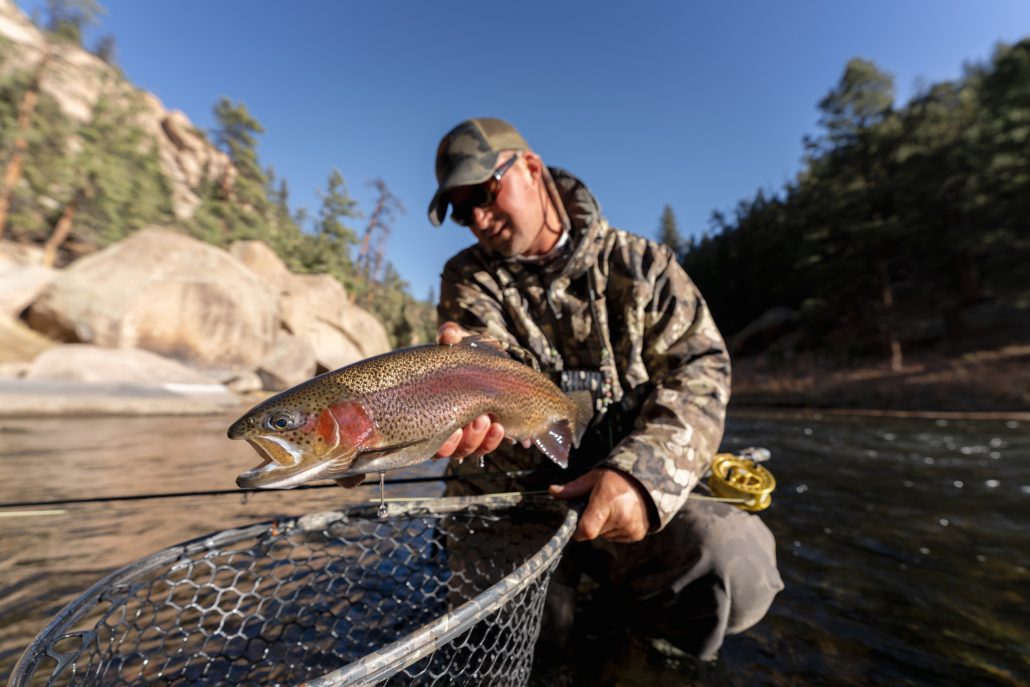 While trips to Cheesman Canyon are always welcome, there's not as much daylight around these days and there's something magical about the Canyon when all the long shadows of late fall show up. With that in mind, I gave Trouts Guide Brian Hilbert a ring. It didn't take much to talk Hilbert into spending his day off in the canyon. You might recognize Brian from his countless, detailed, and valuable Guide Reports that he graced the website with over the course of the season. I hadn't had the opportunity to share the water with Brian yet, so needless to say I was looking forward to picking his brain on the South Platte. If one thing was clear from his guide reports, Brian knows how to put quality fish in the net no matter the fishery.

Brian hadn't been in the canyon this fall and got a quick rundown from Trouts Guide Josh Diller about one of his recent days in the canyon. Josh bragged of his 30 fish day earlier that week, so hopes were high that the canyon would produce. But, as anyone who has fished the Cheese knows, nothing's a guarantee no matter the conditions.

Brian and I made an early morning of it.

The hike into the canyon never disappoints, especially when the sun is low.

We found a patch of sun and Brian rigged up with an olive leech, small BWO pattern he ties, and a Three Dollar Dip.

A couple of casts later...

Brian scooped the best fish of the day.

Not the worst start.

Hilbert was feeling good. The day was just starting and he already had a solid fish to hand.

and got back to it.

Brian roped a couple small fish on some midges and it was time for a change of pace.

We rock hopped our way upstream.

Brian made a couple blind presentations.

And found some feeding fish in some of the tailouts.

After putting the wood to couple fish with the nymphs, we walked up to a familiar flat. We saw some bigger Blue-Winged Olives floating down the seam like sailboats and soon enough there were some decent fish rising.

Brian debated about changing from his non-traditional nymphing rig (more on that later - stay tuned to the blog) to a dry fly setup. Guide season wreaked havoc on his leader wallet. But, after finding a suitable 9ft 6x leader...

It was time to switch it up. Who can turn down dry fly eaters? Welp...one cast into that little dry fly re-rig - the wind blew hard and put all the fish down.

Brian re-rigged his nymphs and wind settled down...but the risers didn't come back.

So Brian and I kept on working our way through the canyon shadows.

Leeches, blue-wings and small midges were the tickets.

We were'nt counting the number of fish but the jokes started to fly. "How many fish was that?" "31. At least, that's what we'll tell Josh."

Time to show off.

Oh, there he is...catching another rainbow.

Nothing wrong with the colors on this one.

One last look and...

As the shadows got longer, it was time for us to make the hike out. 31 was enough for us.