PHOTO ESSAY: A Perfect Drift with the Colorado Rockies 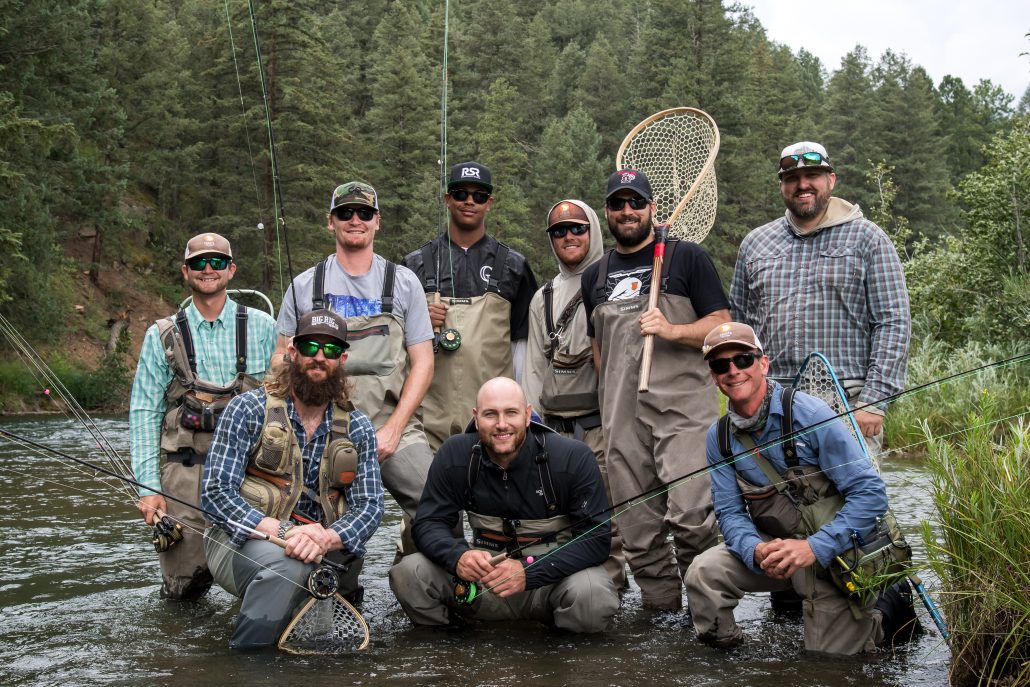 For the second year in a row, we were honored to take a couple of the Colorado Rockies fly fishing on one of their rare off days. It's no secret that we love us some Rockies baseball here at Trouts. Frankly, summer and the Rockies go hand in hand (the baseball team and mountains). This year, we headed to the Perfect Drift on the North Fork of the South Platte with friend of the shop Charlie Blackmon, vet Chris Ianetta, and some of the young bucks Yency Almonte, Harrison Musgrave, and Sam Howard - a fine group. We rounded up some of our Professional Guides to host the day, here’s how it went down: A smooth 15 minutes later and Chris was throwing out line.

Blackmon found some fishy water underneath a bridge. (photo courtesy of Matt Dirksen)

Working downstream, Blackmon comes out into the light with the rest of us and started to sight fish an impressive North Fork rainbow. After a little bit of instruction, Yency was dialed in. (photo courtesy of Matt Dirksen) Back to Blackmon. He hooked that big rainbow. And it shot downstream. Fast. Justin and Chuck tried to catch up. But, a couple of seconds later, pop. Blackmon suffered an early morning heartache. Meanwhile, Chris was worked a solid run with Dan. It paid off with this good looking buck. Great rainbow trout! And Blackmon hooked into yet another. This time Justin was in position to make the scoop. Blackmon shows one off. It wasn't nearly as big as that one that broke him off. But, a fish is a fish. (photo courtesy of Matt Dirksen) A close up (photo courtesy of Matt Dirksen) We finally caught up with Sam and Harrison. It was no surprise that they were sharing stories about their guide Mitchell, who helped Sam sight fish this tank.

It was Sam's first day on the water with a fly rod in hand. Hard to beat a fish of that quality your first time out.

Sam puts another cast in his favorite run. (photo courtesy of Matt Dirksen) Harrison jumped in to make a couple of drifts. They called Harrison, Musky. Musky's a hell of a nickname. Chris and Dan make their way back to the clubhouse for lunch. Sam put another one on the board right after lunch. Yency wore the skunk in the morning...but, he was determined to get his first fish on a flyrod.

Justin put him in the right bucket and this feisty rainbow ate the San Juan worm. Justin with the scoop. Yency with the fist pump. Not a bad first fish on the fly rod. Shortly after Yency stuck his first fish on a fly rod, a thunderstorm rolled through. Blackmon headed downstream after the storm and found some hungry, post-storm North Fork residents. The afternoon came to a close as the rains brought some color and debris to the North Fork. But it was a great day nonetheless.

Not ready to head back to Denver, Chuck and I headed to Deckers to see what it looked like. It was high and off-color after that afternoon thunderstorm. That didn't stop Blackmon from putting a hurting on more than his fair share of Deckers trout.