PHOTO ESSAY: A Thanksgiving Tradition in the Canyon 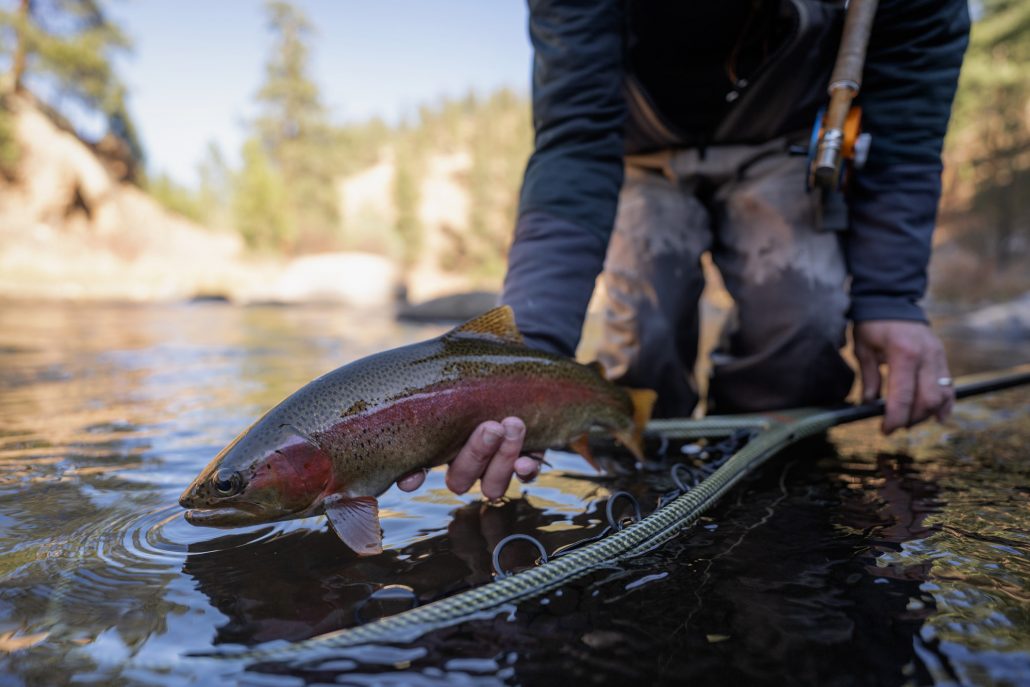 First and foremost, Happy Thanksgiving! We here at Trouts hope you're enjoying your day off from work with some good grub, good times and maybe a fish or two. We know what you're thinking, Cheesman again? Well, yes, it's tradition when Thanksgiving comes around it's time to give Head Guide Scott Dickson a call. His guiding season is starting to slow down and it's a great time to burn a couple of calories before the big day of eating comes along.

A couple days before our day on the water Scott and I jumped on the phone to make a plan. Scott wanted to get into the canyon early. I agreed and suggested 7:15 AM. After a pause, Scott said...No. So, 8 AM it was. Fast forward to the lower Cheesman lot at 8 AM and Scott, Katrina, and myself all met in the lower Cheesman lot and headed towards the trailhead. The Canyon produced good fishing the week before and I was excited spend a day on the water with Dickson. As you might well know, Scott is good at fishing. But, the canyon is the canyon, so you can't count your chickens. Scott grabbed a couple of his trusty Winston five weights and we made the brisk hike into Cheesman.

But, the 8:15 AM light doesn't disappoint. The walk seemed to go on a little longer than normal...

But, eventually Scott was throwing casts into the shadows.

Dickson repping his favorite watering hole - Englewood Tavern. He's a big fan of cold beverages and they serve them there.

As expected, it wasn't long until Scott was pulling on a couple of trout.

Scott kept his nymph rig simple with an attractor pattern (egg or leech) followed by one or two small bugs (Blue-Winged Olives & Midges).

And it was time to say goodbye.

Scott took a break to switch up his bugs a little bit. Like for like, but he wanted to catch a couple more than he was.

After re-rigging, we headed upstream to find some light and a couple more trout.

While most of the day was spent roll-casting, Scott let a couple go to reach a far seam.

Turns out there were fish in that far seam. This one in particular had no interest in hanging out.

After a couple more drifts, we kept rock hopping our way upstream.

Into pockets of canyon light. Scott used the high perch to sight a couple of fish feeding in the riffles.

One or two drifts later and Scotty hooked another.

It was turning into one of those days you dream about. Scott got his depth right, his presentations were on point, and the bugs were passable.

Scoop and score with brownie.

A good look at a South Platte rainbow.

Time in the big boulders is always time well spent.

Most of the day looked like this. Scott casually fighting another Canyon fish.

As we walked out of the canyon, Scott couldn't resist one last presentation.

It always feels good to make that last cast count. It makes the walk out a lot shorter.

The light was fading, but Scott was able to put one last one in the basket.