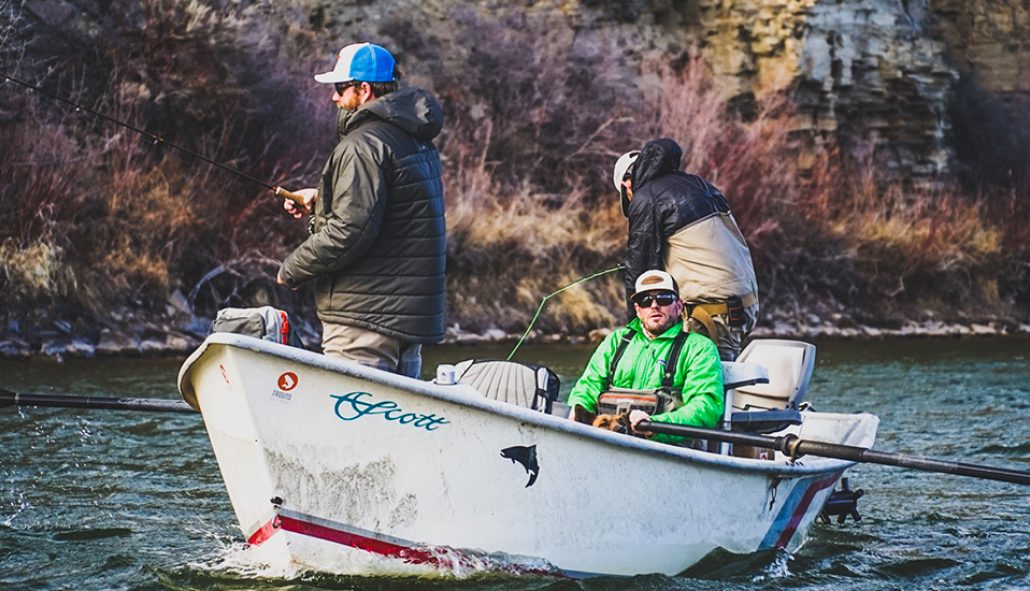 After the Monday we spent fishing the Eagle River, we all were approached by Trouts Frisco Marketing Manager and Guide Brian Hume about getting out on the Colorado River for a float the following Monday. I’ve been hearing about how the Colorado River was good to go for the spring floats up high and so I was eager to get a little bit higher up river from Newcastle (which was our main float all winter long). The plans were in full swing, Zeke and Brian would tow their drift boats and we had six guys total confirmed: Zeke Hersh, Tim Suplee, Jon Kirk, Tanner Smith, Brian Hume, and myself. The night before rolls around and I close the shop to find 4-6” on new snow in Summit County. Tanner texts me “You sure we are going? Isn’t it supe shitty up there??” I didn't hear anything different so I told him yes. We all met around the shop around 8:30AM, grabbed some coffee, fuel, and food. Then we were off like a herd of turtles to the Colorado River for a two boat float. Check out a few shots of the day off! 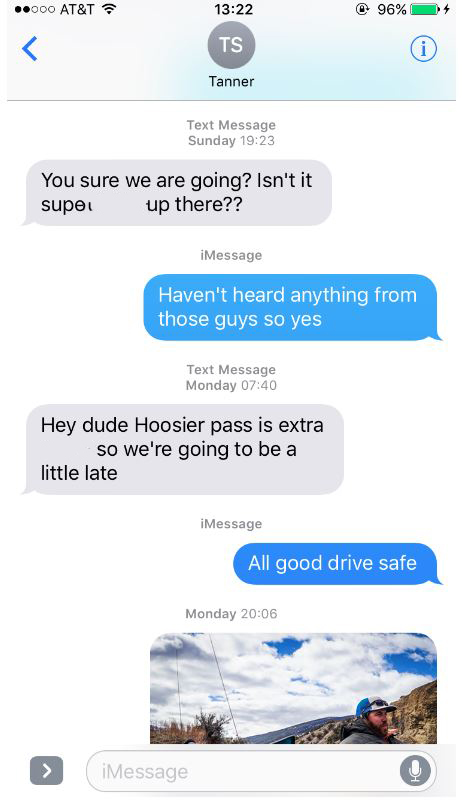 All the roads sucked Monday morning. That wet snow had froze and people were not being careful. Zeke and I even got hit but a guy who couldn't stop coming down on the Frisco exit on I-70. So we were off like a herd of turtles. Waiting for traffic to clear while being excited for a day of float fishing on the Colorado River reminds me of that feeling of impatience I experience when I purchase something that happens to be backordered for several weeks (shaking my head).

We all made it there in one piece. The long morning we all experienced was now passed us, we threw our waders and boots on and began to rig up all of the different rods. I could start to see smiles on everyone's faces, we were all excited to see how nice it was further west, not to mention that the clarity was superb for spring.

Zekes Boat: Hoppers in the boat, beverages cold and ready of a day on the river. Zeke rowed first and we pushed up the river to hit a few of his favorite spots, I could see why he liked it so much. I could hear these guys hootin’ and hollerin’ downstream with every fish they either landed or missed. If you find yourself on a boat with Brian Hume and Tanner, prepare to laugh til it hurts.

We caught Brian Hume singing his rendition of Toto’s “Rosanna” while rowing. This generally happens once a float and will stay stuck in your mind for at least a couple of bends downstream. I’m sure that Tanner, Tim, and the cattle agree to that statement as well.

Tanner Smith on the sticks??

This guy [Jon Kirk] with another brown on the streamer. I know that's how he wanted to fish so he is smiling under that bearded poker face.