Photo Essay: Half Day in the High Country 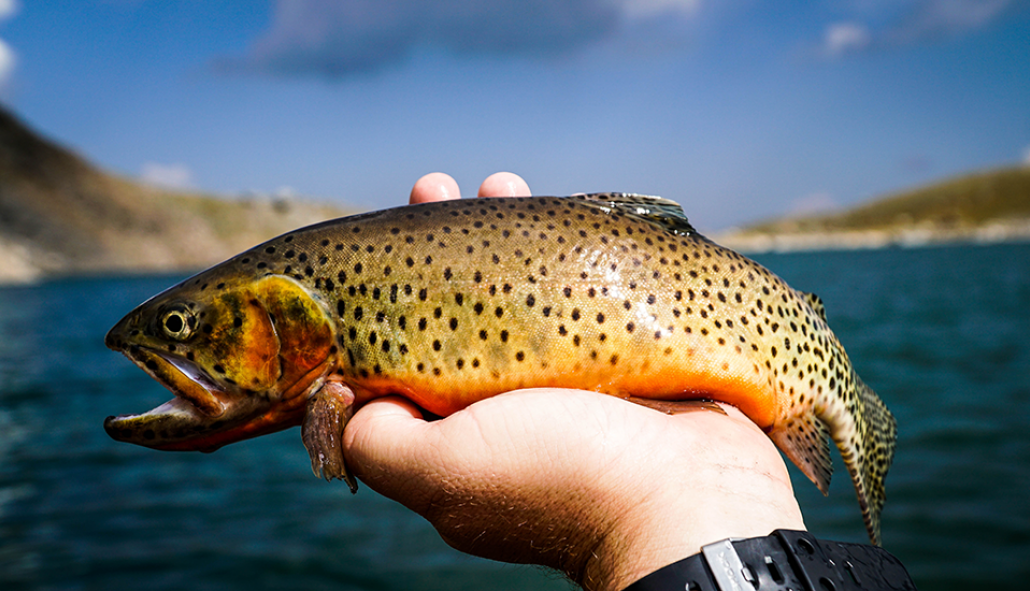 We are getting to that time of year when our days spent in the High Country are numbered. It's only a matter of time before the weather at elevation takes a turn for the worst. Snow will be blanketing these high country gems soon enough and the fish will be pressing the snooze button until next spring. I didn't have a ton of time as some city business kept me occupied in the AM, but I still wanted to take the dog on a long walk on my day off. After studying Google Maps for a bit the day before, I finally decided to pull the trigger on a group of lakes located not too far from the front range. The drive up to the trailhead wasn't the smoothest, even in my pickup. While the hike was relatively short, it was uphill, both ways. That being said, four hours of fishing in the high country was better than not. Check out the pictures from my recent trip to the high country!

A pretty nice reward for the time and effort invested in travel. I started out on the opposite side of the lake. The "W" word was keeping bug life down, but it had the cutthroat keyed in on bigger terrestrials. Picking the structure along the banks was a damn good time. I've never taken a self-timer shot before...it should be no surprise that this was the result. At least my head is in frame.

After the winds calmed down, smaller purple parachute adams and foam parachute adams were the ticket for these cruising cutthroat. I left my nymph box in the truck "on purpose" and the fish didn't seem to mind. Standing from a high vantage point along the bank and casting in front of cruising natives was entertaining to say the least. The Orvis Helios 3F proved to be a worthy high country stick shooting accurate casts at distance along the bank. When the ole "W" word died down and smaller dries were on the menu, it did a fine job protecting some lighter tippet.

The cutthroat in this high mountain lake were varied in appearance. This one had jaundice, I'm positive. They say a tired dog is a good dog. I wouldn't know. Bosley was ready for a lap or three up and down the mountain.

Clouds rolled in and I could hear some thunder in the distance. That was my cue to leave. Sniffed a couple wildflowers on my way out. So much whimsy.