Photo Essay: March - Where do we float today? 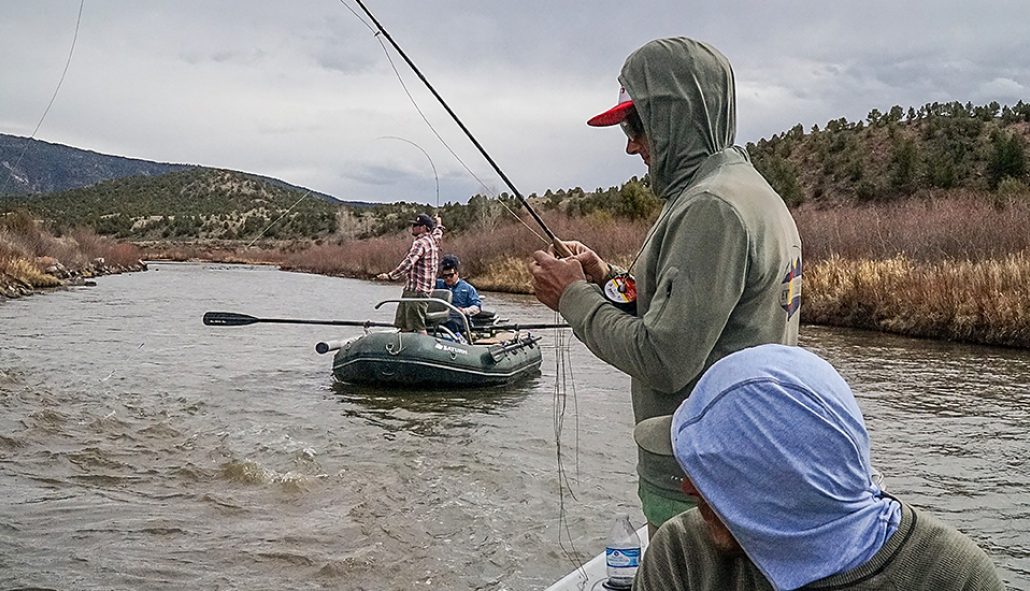 After the longer week of recieving Spring 17' inventory at the Frisco store, I was ready for a day on the river. Luckly for me, I happen to work with a few guides who shared that same urge. We talked about getting on the Roaring Fork or somewhere on the Colorado, but the everyone was so relaxed and chill more so than in past weeks that we didn't quite end up with a for sure plan. Zeke Hersh and Landon Caldwell met up with me behind the shop at around 8:00am, we grabbed some coffee from Rocky Mountain Coffee Roasters and then threw all of our shit in Zeke's truck. The only plan that was set in stone was to a) meet at the shop at 8:00am and b) Float, so all of us felt pretty accomplished already once we get in the car and began driving west towards Dotsero. I can tell you about our day a little better through pictures so check out a few images about our day off on the water. 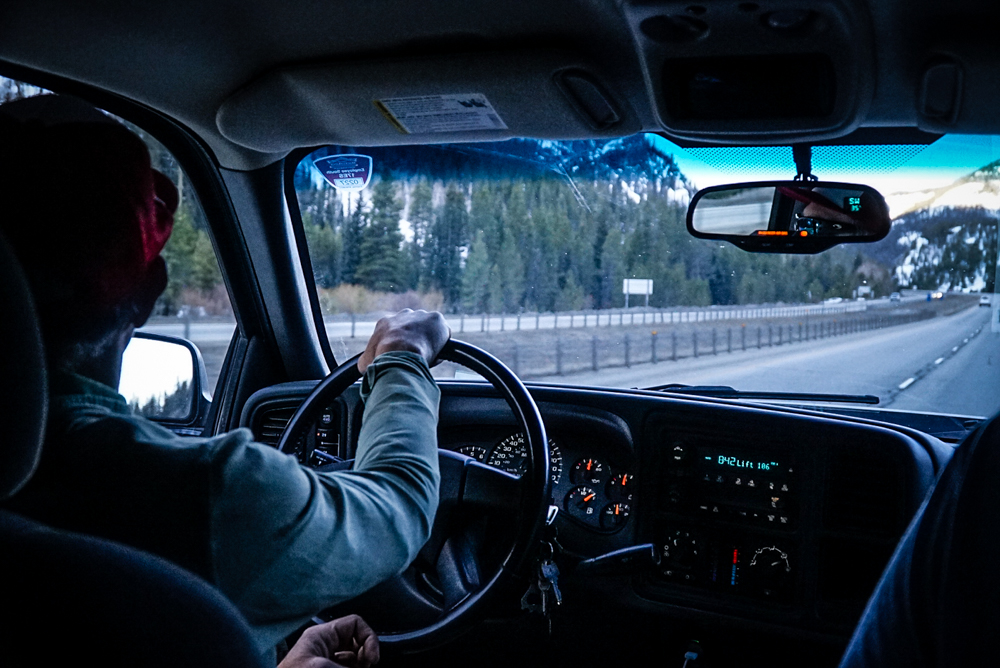 Already feeling accomplished that we made it to the shop on time and weren't "that guy" who showed up late, Zeke and Landon sat up front while I sat in the back. We all small talked while we finished our coffees and acted like we werent all that tired from the night before (The night before I found myself eating a chicken pot pie at 4:30am cause I woke up in the middle of the night super hungry) opps. 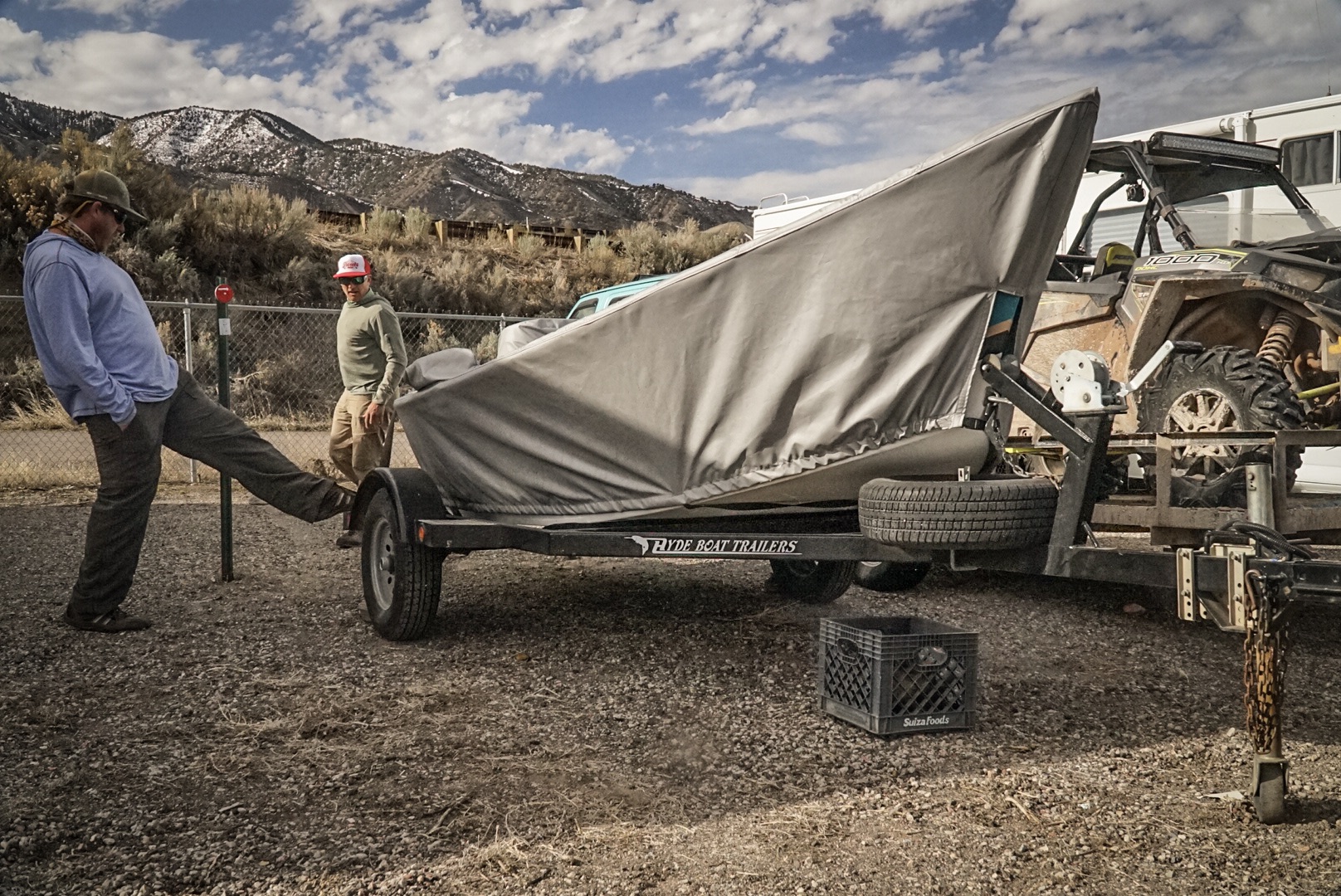 Dotsero: Not a bad place to keep a drift boat over the winter. Easily accessible for pick up on the way to float either upstream on the Colorado, or pushing west towards Glenwood or Newcastle. 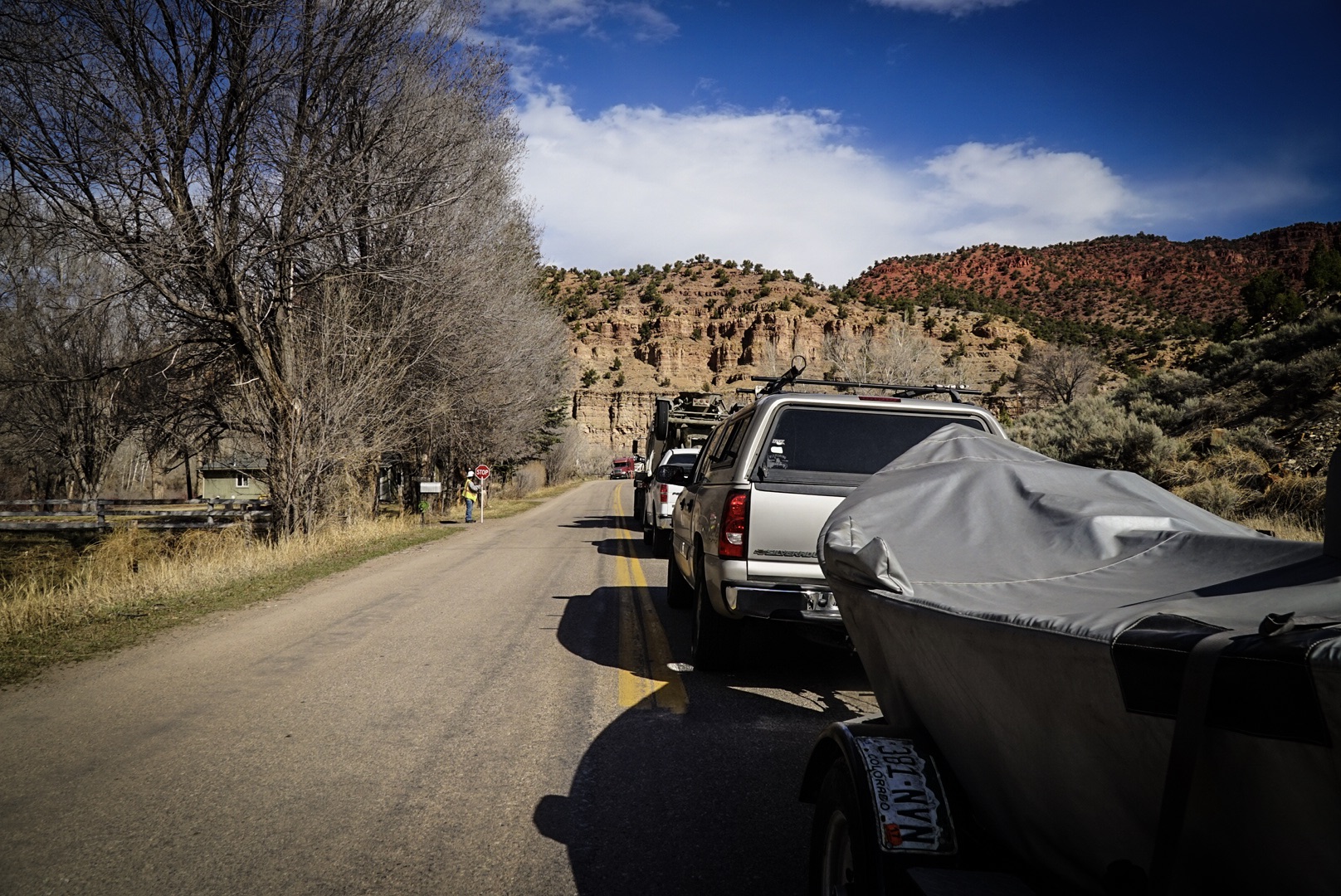 We decided to just go for a relaxed drive and then make the float decision as we drove past the river. If you are going down this "relaxed & go with the flow" plan, I should remind you that the Red Dirt Bridge continues to be under construction...so expect some delays and make the best of it. First side-of-the-road stop: Rodeo Rapid. Zeke, Landon, and Tim all came out to analyze, and talk "lines" with eachother.

Second side-of-the-road stop: Literally a STOP sign, I snapped this picture to capture the Colorado River Road street sign while we waited for Tim Suplee and his friend Mike to catch back up with us.

Got some friends up in the sky who were searching for some of that "good good". Proprietary Pegg'n techniques shown above, Zeke chirped to Landon & I about who he was going to rip it up with some of the contents within those three bags. Zeke even took the James Brown song that we were listening to and changed the words from "sex machine" to "peg machine", as you can imagine that came entirely out of left field and was pretty good stuff. Two Bridges: It was too nice out for waders, so naturally we threw then in the boat but just fished. 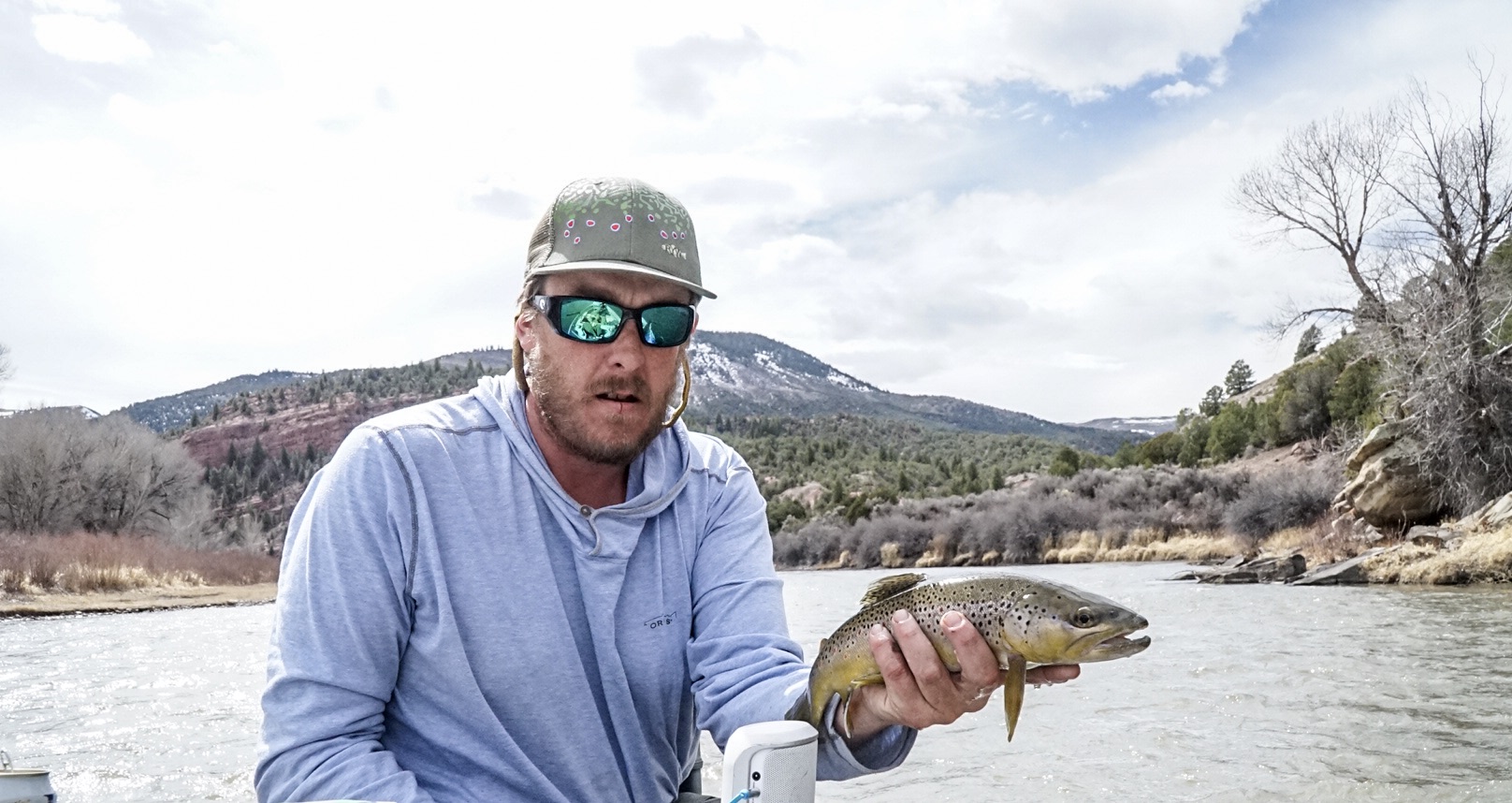 Landon Caldwell with a photogenic brown trout during the early afternoon.

Tim Suplee raved about his 790-4 Scott Flex all day and there were no disagreements there, only guys who were waiting in line to get a chance to throw it.

Landon, Zeke, and Tim (Raft) roll past Rock Creek, you can kind of see how stained that water was to the bottom left. Throw that line around Tim!

Nymphing serves its purpose, but by the early afternoon we were all ready to just open up the Deli and toy around with some of these streamers. 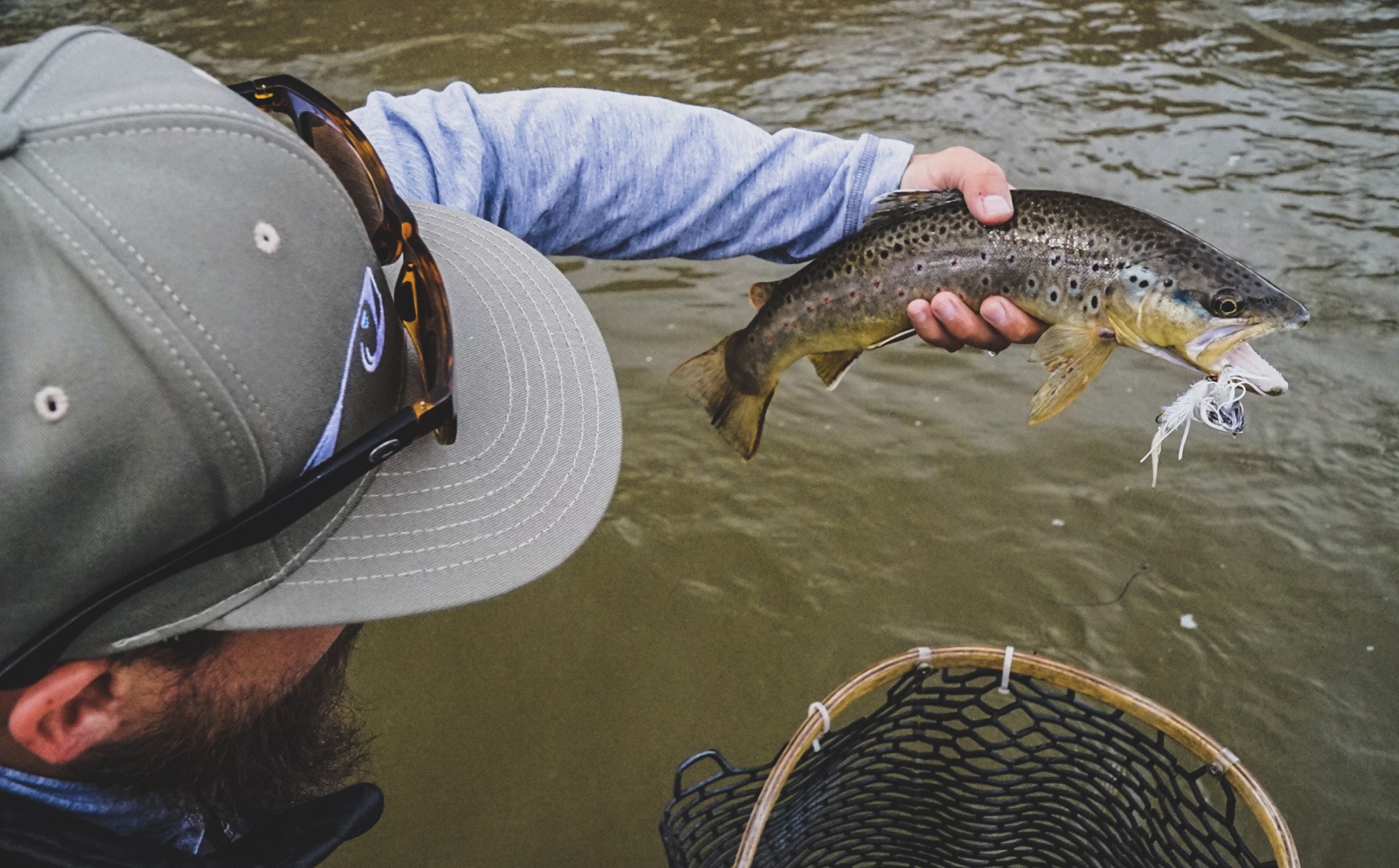 You will eat the white Circus Peanut! 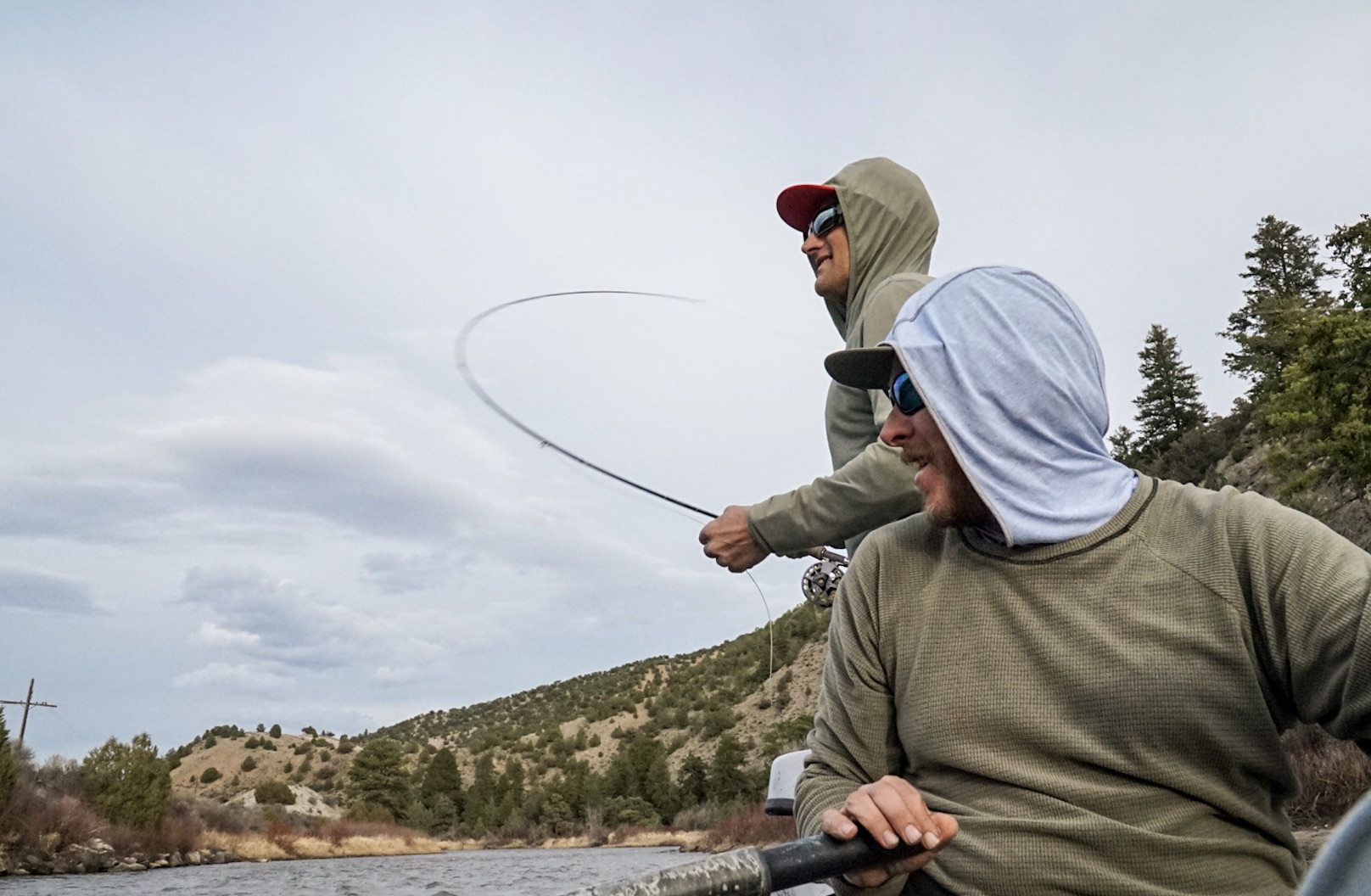 By the later half of the float, Zeke, Landon, and myself all found ourselves less serious about the fishing and more focused on the enjoyment of the outdoors and good company. Its a beautiful day outside, youre on the river with your friends, and just happen to be doing what you love.

Closer Look: Streamers are generally a great time 90% of the time, everytime. 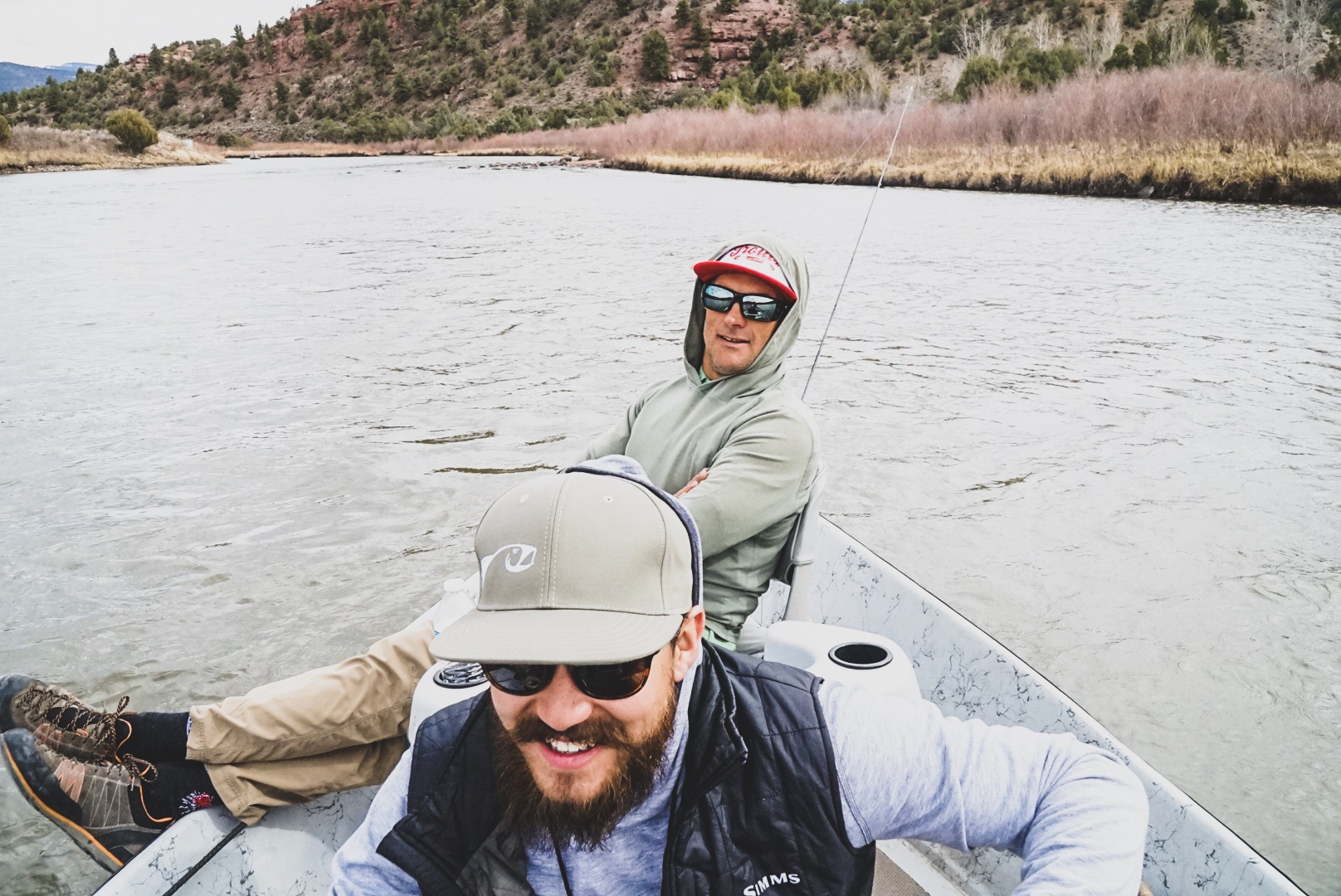 Zeke earned the nick name "Major Payne" on this float, and we hope to keep that going through the remainder of the season. The guy keeps it super light, and is a bank of knowledge and expereince, but there are these moments where he comes out of nowhere and puts his guide instructor hat on and has to tell you what to do. Around 6:00PM we took out and there was Tim Supee relaxed and feeling accomplished about the results of the float. Although these days can be long, I think its safe to say that everyone leaves feeling like they accomplished that much needed time with the river and their friends.