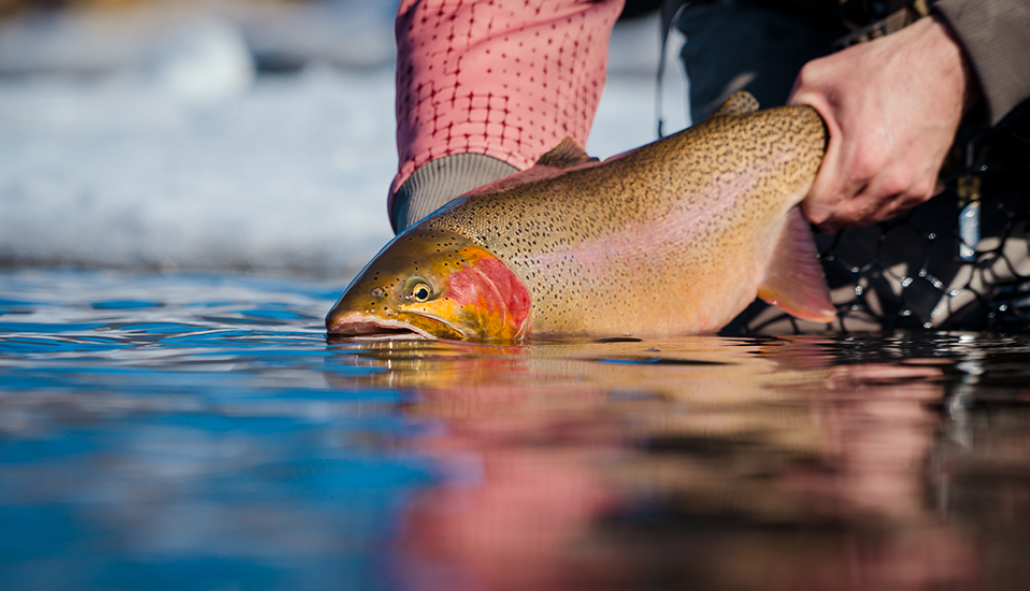 The following is a 15-minute excerpt from a day on the water. It features one fish.

This is Phil Tereyla. He's a fly fishing guide for Trouts. He's also one of the best anglers I've had the privilege to fish with. He sees fish into existence sometimes... Here Phil sights a fish at the ole Dream stream, as he prepares his rig. Then, Phil lost that fish. I didn't take pictures of him losing that fish, but it bulldogged him underneath that damn shelf ice. Phil waded chest deep and almost coaxed him out...but, his tippet caught an icicle and ping went his 5x and that was that. We rested the fish for five minutes and it was back in that same lane feeding again. And, predictably, that fish tried to head to 11 Mile. Phil worked his rod angles, ran into position, and... But, Phil showing off his confidence in his stick.