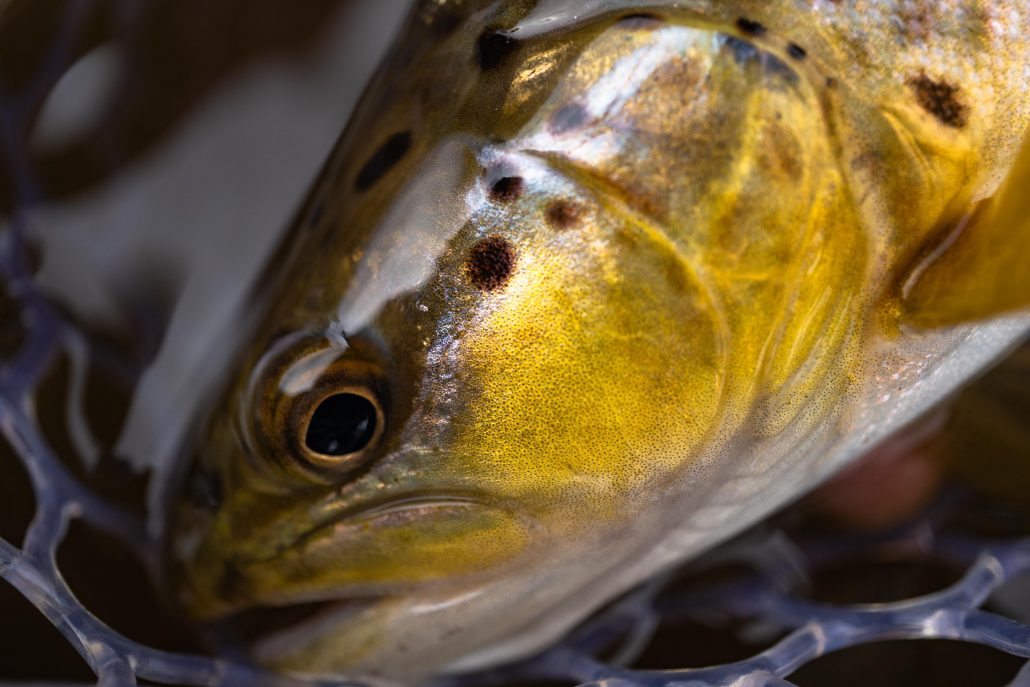 For those of you who frequent the shop, there's no doubt you've talked fishing with our own Jon Kirk, Trouts Denver's Assistant Manager. Jon's the proud owner of the shop's most iconic mustache and rumor has it old Tom Selleck has asked him for facial hair grooming tips.

With some time to kill on Monday, Jon and I decided to go fishing. We hit up our new Trouts Denver Sales Associate Jon (known around the shop as Jonathan...or to me as "Jon 2" or "No H" and headed towards Deckers in hopes of fishing to some rising fish.

Jon rigged up his Winston BIIIX up at the truck.

Made a quick collect call to talk about how beat up his hat look.

And got to fishing. Jon throwing the "Shaka" hand.

It wasn't long before we found a couple of willing fish.

Meanwhile, "No H" found some risers. "See, Ivan, right over there."

Clouds were rolling through and we saw a smattering of some respectable sized Blue Winged Olives.

And got one to the net.

No risers, but they were eating emergers well.

Another South Platte stunner for Kirk.

Kirk kept on wrangling them.

They came in all sizes.

Jon had a couple of celebratory beers at the ready.

We headed upstream and found reason enough for another celebratory beer. I gave it a toss.

A Bit Outside. Admittedly, not my best toss.

Another rising fish. Another reason to celebrate.

It was cool to watch this fish pick off Blue Winged Olive duns at his own pace.

Always hurts to see your fly ignored. Jon 2 felt this one pretty hard.

And our day was coming to a close. It's always a good day when you find feeding fish on the South Platte.