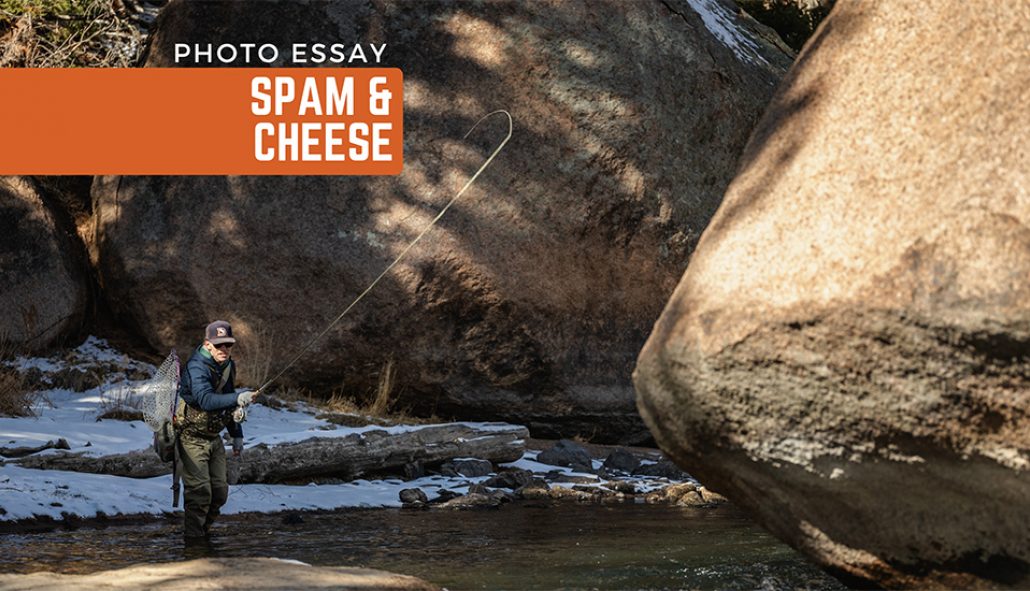 If you've made a purchase from our online store or jumped on our website's live chat feature over the last six plus months, chances are you've been helped by our own Sam Footlik, our eCommerce Assistant. As the new guy around the office, Sam has managed to acquire a couple of nicknames. The one that seems to stick around is SPAM aka Spamuel L Jackson aka Spamuel Adams aka Spammy Hagar aka Spammy Sosa. While we might not be able to pinpoint who hit him with the Spam nickname first, one thing's for sure. It's stuck.

In addition to being able to take a joke or two, ole Sam likes spending his off days on the water. We had been dancing around a day on the water after a busy holiday season for a bit. It was a Friday and while we had planned on hitting the Williams Fork, mother nature had some different plans for the day. Most notably, the first good snowstorm of 2021, some cold high country temperatures. These factors combined with our distance lack of desire to compete with snowsporters who were itching for a powder day on I-70 and we landed on Plan C.

We met at the lower Cheesman lot for a day in the canyon. Not the worst Plan C in the history of Plan Cs. We'll let the pictures and captions tell the rest of the story...

Sam was ready with a couple sticks in his Riversmith Rod Carrier.

The 20-minute hike is always made a little easier when you remember why you're making a little extra effort.

There he goes. Spam Elliott. "Take it easy, dude"

What a majestic beast that Spamuel L Jackson. Look at him charge through the winter morning light. "And You Will Know My Name Is The Lord When I Lay My Vengeance Upon You!"

After a brisk morning walk, Sam dropped down to one of his favorite runs.

Sam made a couple casts.

He was using his trusty Orvis Recon.

Rigged with a Jigged Mini Leech and a Demon Midge.

It was only a matter of time before Sam found a willing participant in that tailout.

And Sam was saying "Bye now" to a solid Canyon rainbow.

Sam caught a couple more out of that tailout. Swinging the jigged leech at the end of his drift seemed to be particularly effective. We crossed over to work a couple more spots. For all of the observant readers out there, you might be asking...What are those waders? Stay tuned to the blog for more about these all-new SIMMS Flyweight Waders.

Finding the right drift and swing...

And Spammy Sosa was hooked up again.

It's hard to beat the late winter colors on these South Platte rainbows.

This rainbow took the crown as the best of the day.

Onward, Sam hops along the bank. A brave soul that Spam guy is.

We started to see more midges emerging, flying around, and riding on the surface, so Sam picked out a Massacre Midge.

Sam was picking pockets and we worked our way upstream. Cheesman always impresses.

With a little of this mixed in. All in and all a good day in the canyon with Sammy Tailouts.