PHOTO ESSAY: Thanks for the Cheese 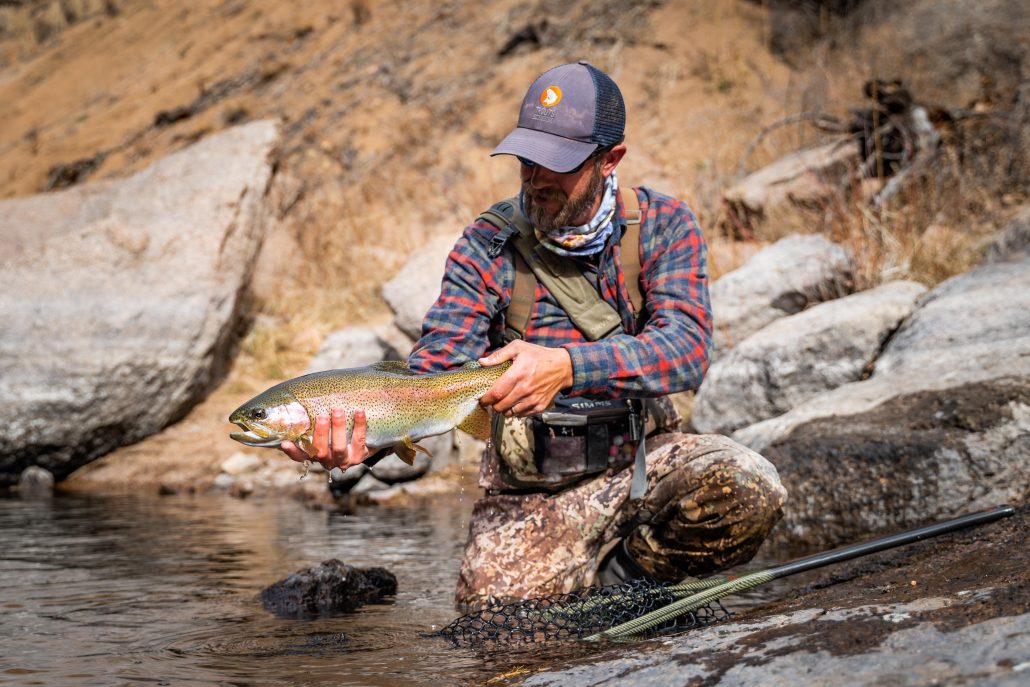 20. That's how many years our Head Guide Scott Dickson has been fishing Cheesman Canyon. It should be no surprise that every time I go into the Canyon with Dickson, I learn something new.

Scott and I met in Sedalia and carpooled up to lower Cheesman lot. Pretty standard stuff for a trip to Cheesman. There's a really productive period of fishing that comes to Cheesman as fall turns into winter. Not every day is lights out, but the days that are....are. In the back of my mind, I was holding out hope for one of those truly memorable days where fish are holding where you expect them to and eating what you want them to. But, as anyone who has fished the Canyon knows, you can't count on those days. There's no doubt that you're thankful for them when you run into a good one.

Scott and I billy goated our way into the canyon with high hopes. Let's see how it all played out...

That low late-season sun always makes for a good looking day in Cheesman.

Scott motored his way in.

I sat down to organize some gear and Scott was hooked up only a couple of casts into the day. Always a good sign...and somehow a bad sign, at the same time.

We kept working our way upstream. The Canyon was showing off.

Scott crossed and made a couple of casts.

And a couple of drifts later...

"Auf Wiedersehen." That's a German for "Bye Now." Didn't know I knew how to use Google Translate, huh?

This became a repeating theme...as it usually goes with Scotty D. Scott turned to me a couple of fish later and said "This is fun. I like it when they eat good." Yup, same here.

After breaking off, it was time for a re-rig.

Making the most important choice of the day.

Rock hopping, Scott was in his zone. Picking pockets left and right, we were finding plenty of healthy rainbows and browns.

As we continued upstream, Scott kept laying the wood to those Cheesman trout.

"Adios, amigo." That's "Bye now" in Spanish. I don't want to brag, but I knew that one already.

As it turned out, this day was one of those good days. There was only one thing left to do.

"A good one just rolled," Scott noted. He'd spotted a pretty good fish swinging back and forth in the depths. Every couple of seconds, we'd see him swing across the current and eat.

Scott with the scoop.

This was the good one. Scott roping in those rare Cheesman two-handers. Scott was disappointed in the fight. He wanted to see backing or a jump or two, but I was excited to see a fish of that quality in his Nomad.