Pop Tarts, Pictures and a Pig 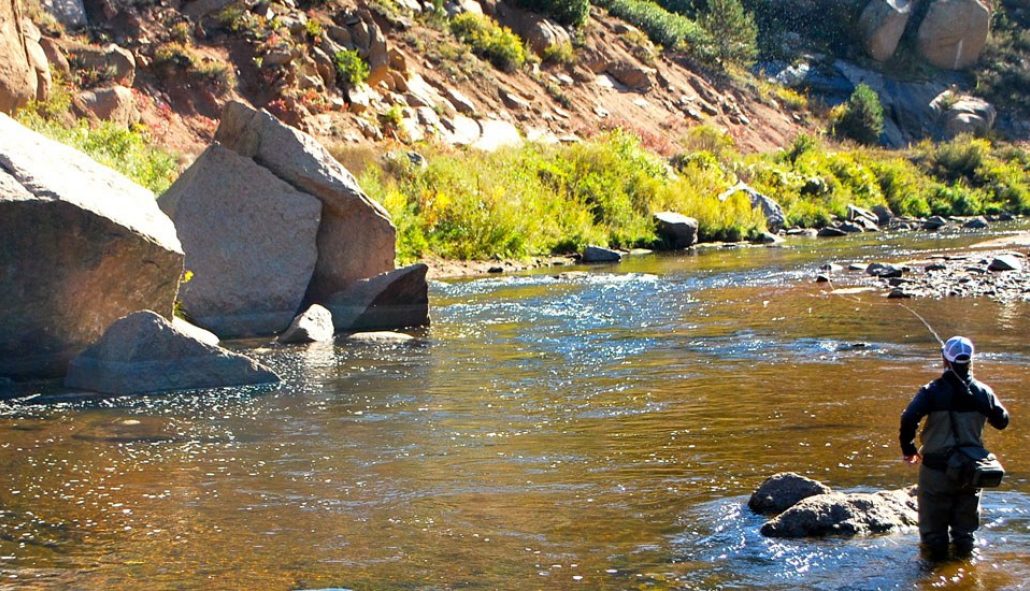 As Marketing Manager at the shop, it's important that I have a good, fresh supply of relevant pictures to use for the blog, on the website, etc. With Fall approaching (the 85 degrees in Denver really makes it feel like) I thought it would be wise to get a couple weekday, early morning photo shoots on the books. After gaining the Boss' approval, our E-Commerce Manager Kevin and I took this painstaking (insert sarcasm here) task under our belts yesterday morning. The goal was simple. Meet at the shop at 5:15am and head to Deckers. The main focus was to cover ground for a few hours and shoot a bunch of photos. With any luck, we'd catch a few fish as well. Back to the shop by 11am. Easy.

The 4:30am alarm came quickly for us, however we both met the 5:15 requirement previously agreed upon on. After piling Kevin's gear into my 4Runner, we were southbound towards Sedalia. A fuel stop was necessary and conveniently enough there happens to be a gas station/Lamar's donuts combo store on the way. I could already taste the maple long john and old fashion donut soon to be gracing my palette. We arrived at the gas station at 5:40am to some very sad news. New ownership had taken over and the Lamar's was closed. Forced to settle for cold pop-tarts as companion to our coffee refills, we wiped our tears and continued on towards the river.

We decided to start up high near the "town" of Deckers at a favorite spot of mine. After getting wadered up, we approached the river for our first shoot. Kevin conveniently proceeded to hook fish on his 2nd and 3rd drifts and we both had the feeling it was going to be a good morning. Little did we know just how good it was going to get.

After fooling at least a dozen fish with our nymph rigs and taking over a hundred pictures at our first stop, we decided to move locations. I had a spot downriver below Trumbull that I thought would photograph well so we headed back north. Getting into ready position with the camera, Kevin began to fish a little drop off shelf that usually produces fish for me. On his 3rd or 4th drift, Kevin instinctively set the hook as his yarn indicator hesitated slightly. His 9ft 5wt Sage One immediately doubled over and the attached Rainbow trout came cartwheeling out of the water. I'll voluntarily not put the adult language that immediately came out of our mouths as we got our first good look at the Rainbow trout....but lets just say it was involuntary at the time. Alright alright, I'll call it like it was.......it was a serious "Oh Sh!t" moment. After a respectable fight that included WAY too many acrobatics, the monster Rainbow finally came to rest in my Fishpond Nomad net. We both stood there in shock at what we just saw come out of less than 18" of water. 23.5" on the tape. An incredible trout no matter where you're fishing, but the fact that we were on public water, just over an hour outside of Denver made it all the sweeter. It was also Kevin's personal best trout.

I immediately nominated Kevin as official photographer for the remainder of the morning and went to searching out some likely looking areas with my Orvis Helios. Time was begining to work against us and we decided to hit one more location downriver before heading back to the real world. A bunch of trout, 400 pictures, and 2 packs of pop-tarts later, we made it back to the shop at our instructed time of 11:00am. (which my wife will never believe)

Below is a small photographic sampling of the morning. Enjoy! 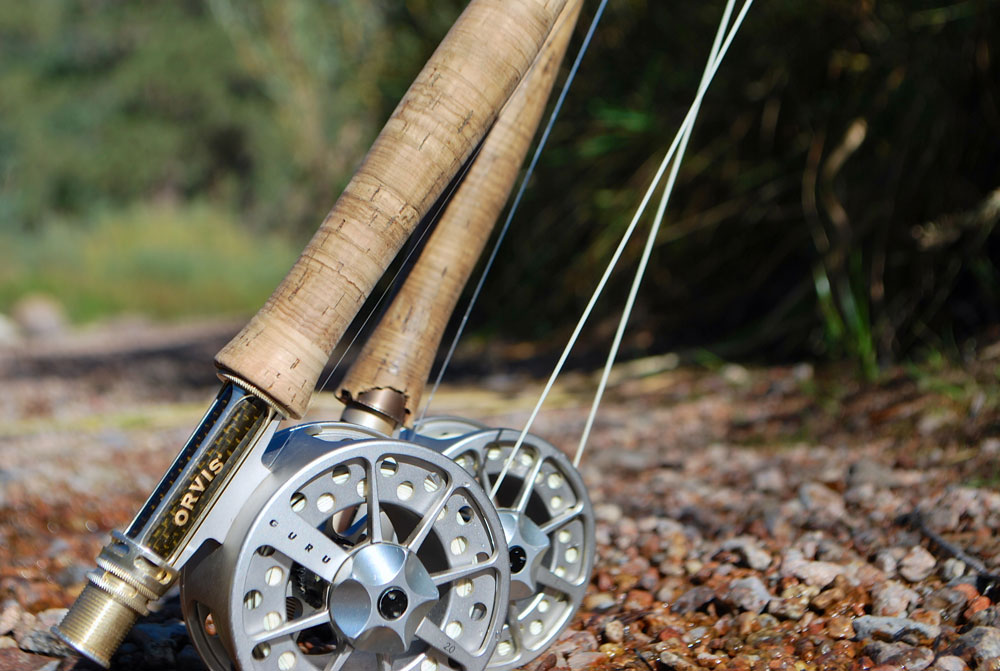