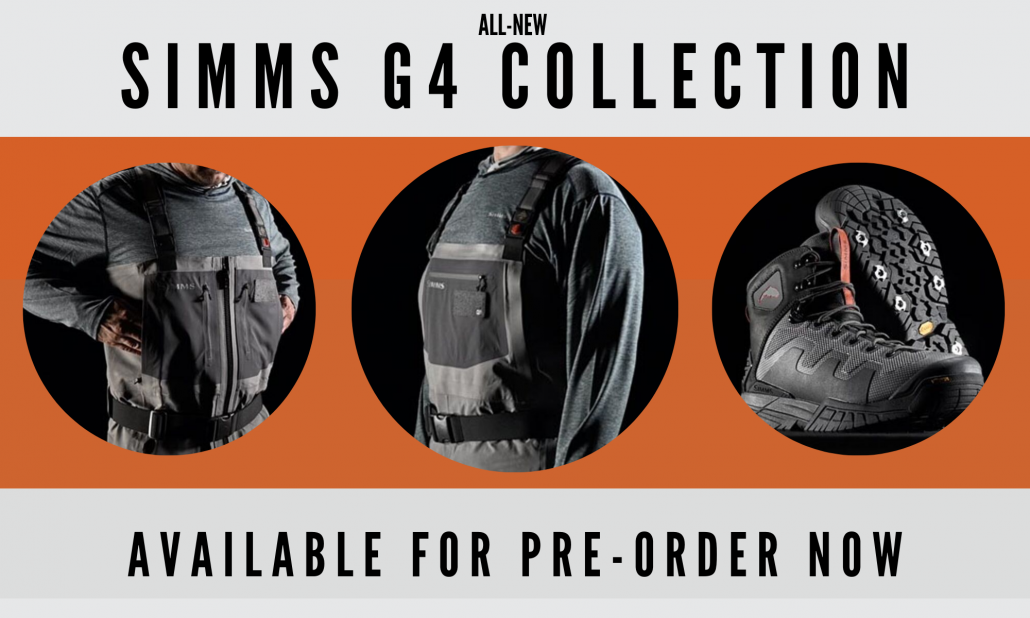 SIMMS has been making durable, bombproof waders for years. There's a damn good reason they're the only waders we carry in the shop. It should be no surprise that with the recent overhaul of the G3 line of waders, boots, and jackets that the gear meant for the harshest and most extreme of fishing conditions was due for an upgrade. Introducing the all-new and improved G4 collection from SIMMS. It should be no surprise that the new G4 collection from SIMMS, which includes new G4 waders, boots, and jacket, is the most durable lineup out of Bozeman, Montana - yet. From the cornerstone G4 Pro & G4Z Stockingfoot waders to the completely redesigned G4 Pro Wading Boots, SIMMS spent 21,800 hours testing the limits of the new G4 line to make sure that they could stand up to the worst that you can throw at them in pursuit of fish.

We expect the new G4 Collection to land at Trouts on October 15th, but your new G4 waders, boots, and jacket can be pre-ordered today.