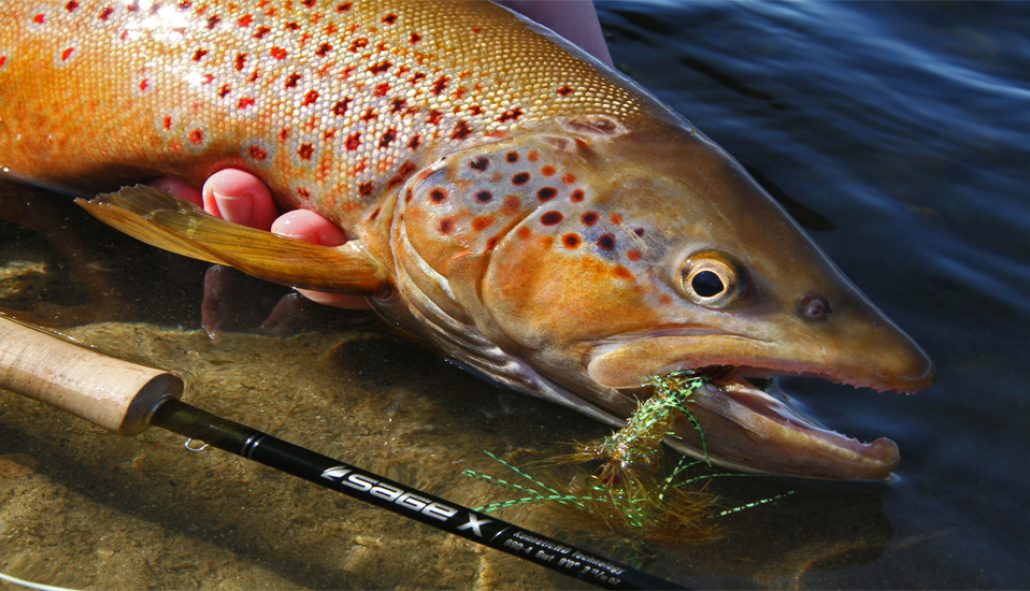 As many of you know, I’m far from a gear head. For years and years I have gotten by using foreign made fly rods and reels. There is nothing wrong with that, besides the fact I was just “getting by.” Having now been at Trouts for about 6 months, I’ve clearly realized how naive my thoughts were when it comes to how much of an impact better gear really has. This brings me to the point of this blog, The Sage X. Over the years, thanks to gifts and hand me downs, I have been able to fish some older model Sage rods such as the RPL, LL and XP. Then I turned 18 and spending my own money on fly rods led me to the foreign market. So began my ignorance to what I was missing out on.

After 10 years of missing out, it was clearly time to make an upgrade. Given that I prefer to toss streamers and dry flies on bigger waters, when I was presented the opportunity to get my hands on a new fly rod, a 6 weight was what I was looking for. The Sage X 690 was an easy decision for me. Now it was on the X to make sure I was happy with the decision. It just so happened that the rod arrived at the shop Friday afternoon, two days ahead of a rendezvous up north. I don’t go up to Wyoming to throw size 20 nymphs and watch a thingamabobber float. Rather, I go to throw big junk, through strong winds until my shoulder is sore, in hopes of finding a handful of worthy grabs. This was the exact reason why I picked up the Sage X.

The Sage X is equipped with the new KonneticHD Technology which claims to deliver unmatched recovery as well as line/loop control. Given the water I wanted to fish the Sage X with, these are the two aspects of the rod that I wanted to test right away. As the wind blew 25 to 35 MPH as we rigged up that first morning in Wyoming, I was both eager and skeptical as to how the rod would fish. As I began to feel the X out, it didn’t take long for it to respond in my hands. While, it’s impossible to eliminate the wind when it’s blowing up north, the Sage X delivered what it promised. The energy transfer throughout the cast was as smooth as it gets and the tighter loops generated the line speed needed to punch through the wind with a pretty minimal effort on my part. This was a refreshing feeling in comparison to countless trips before where rods have buckled time and time again in the Wyoming wind. It’s safe to say the Sage X performed at a very high level during the first test.

After surviving streamers through the wind, I wasn’t overly concerned about how the Sage X would handle tossing dries. The first trip with dries was throwing hoppers from a drift boat floating down the Colorado River. As expected the X allowed great accuracy when dropping hoppers along the bank. The next challenge was later that afternoon when BWOs began to come off. Generally, I would just continue to throw hoppers through the hatch because I’m stubborn, but today I decided I’d match the hatch. Tying on a little extra tippet, I wanted to see how the Sage X would handle a long leader and present a small dry fly. While the 6 weight was a little bit of over kill, lengthening the leader didn’t take away any of the accuracy. Smooth is the word that comes to mind when thinking about that float and has continued to be the trend every time I take the Sage X out.

Now that leaves nymphing with the Sage X. I’ll keep this fairly short. Generally, I only nymph when I have to, which is during the winter months around Colorado. Our rivers are fairly skinny at that point and in my opinion are generally better suited for a 4 or 5 wt. That means it was never really my intent to use the Sage X for this purpose. However, I did make a trip to the Arkansas in the recent weeks and as luck would have it the streamer bite was beyond slow. I reluctantly switched to nymphs and found the same consistency with accuracy on roll casts as well as everything else that comes with nymphing.

In conclusion, there is no regret on my part for making my first premium American made fly rod in years the Sage X. Photos tend to do things a little more justice so I’ll leave you with a few victims of the Sage X. SHOP THE SAGE X NOW!! 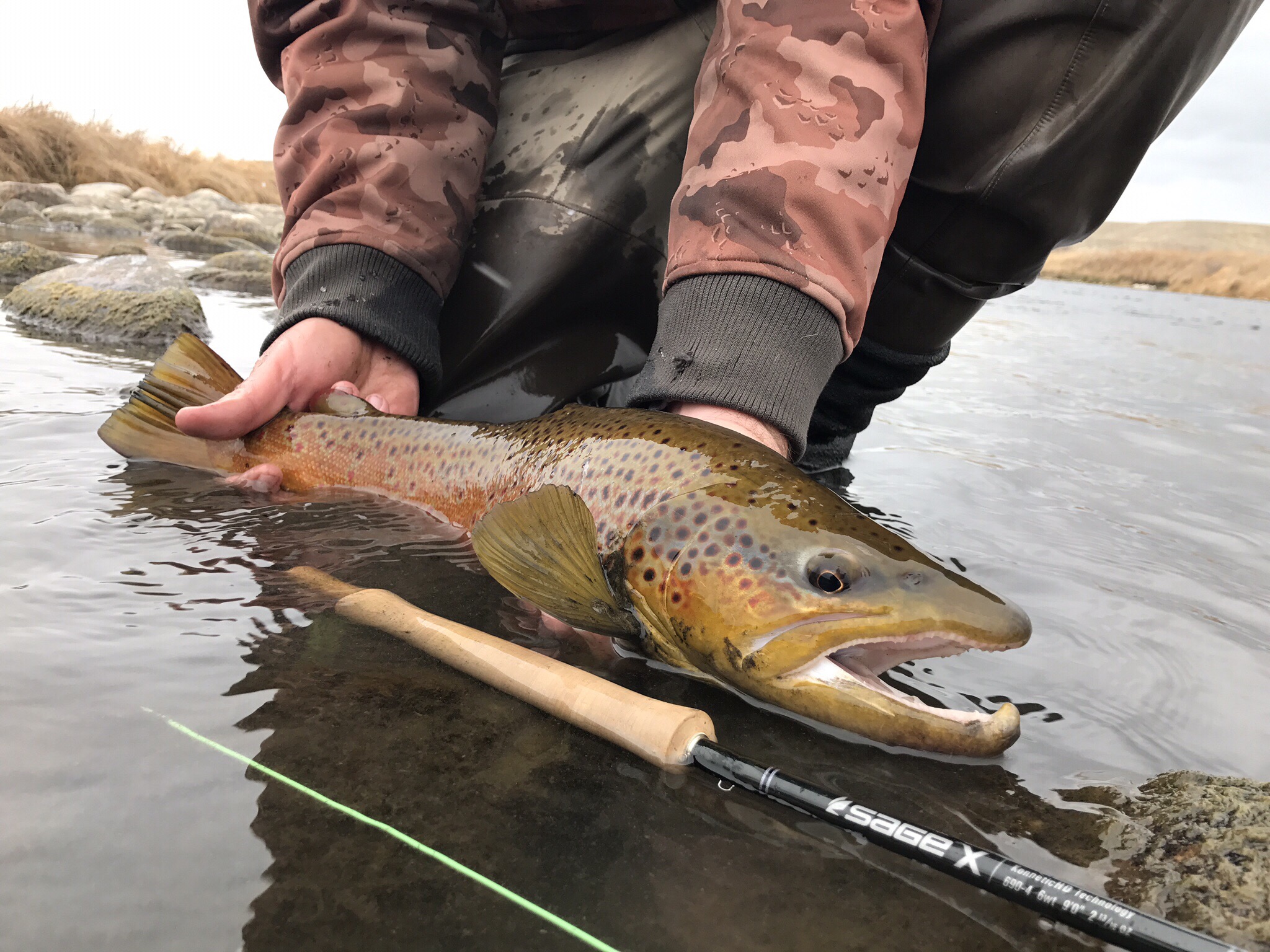 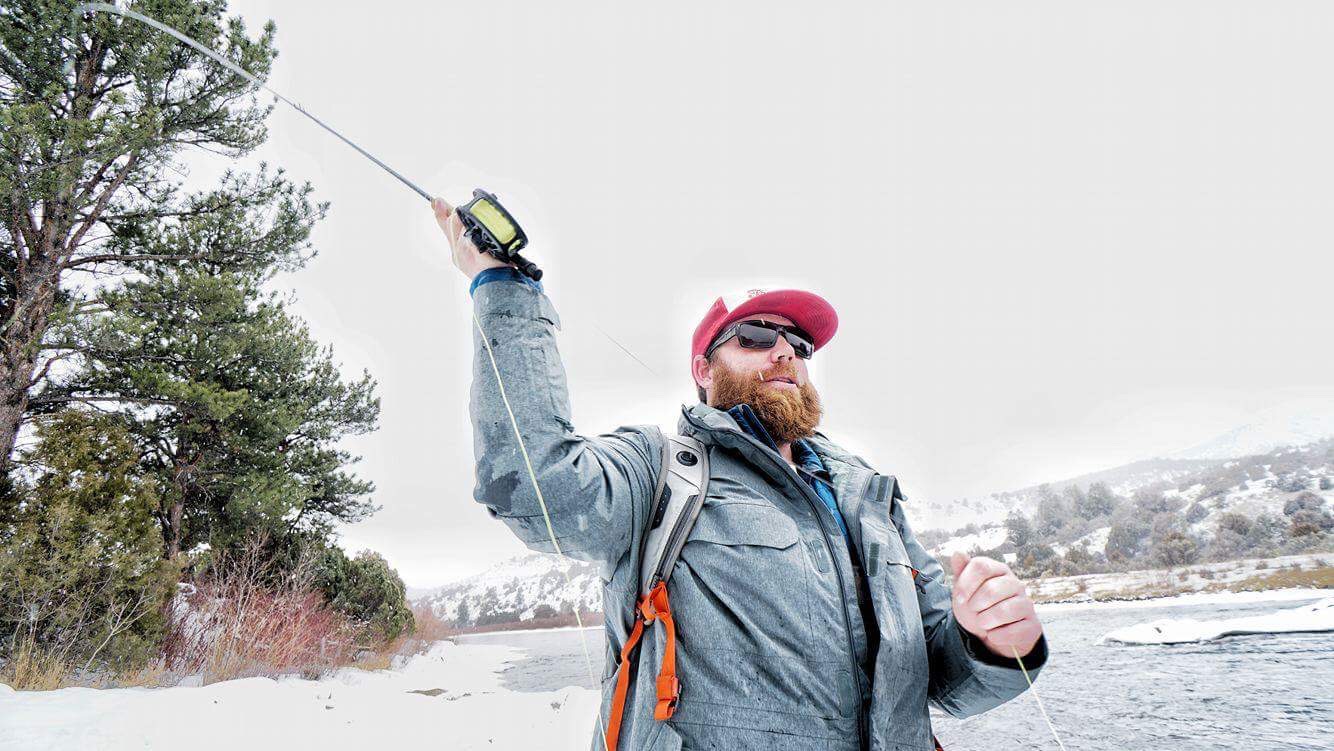 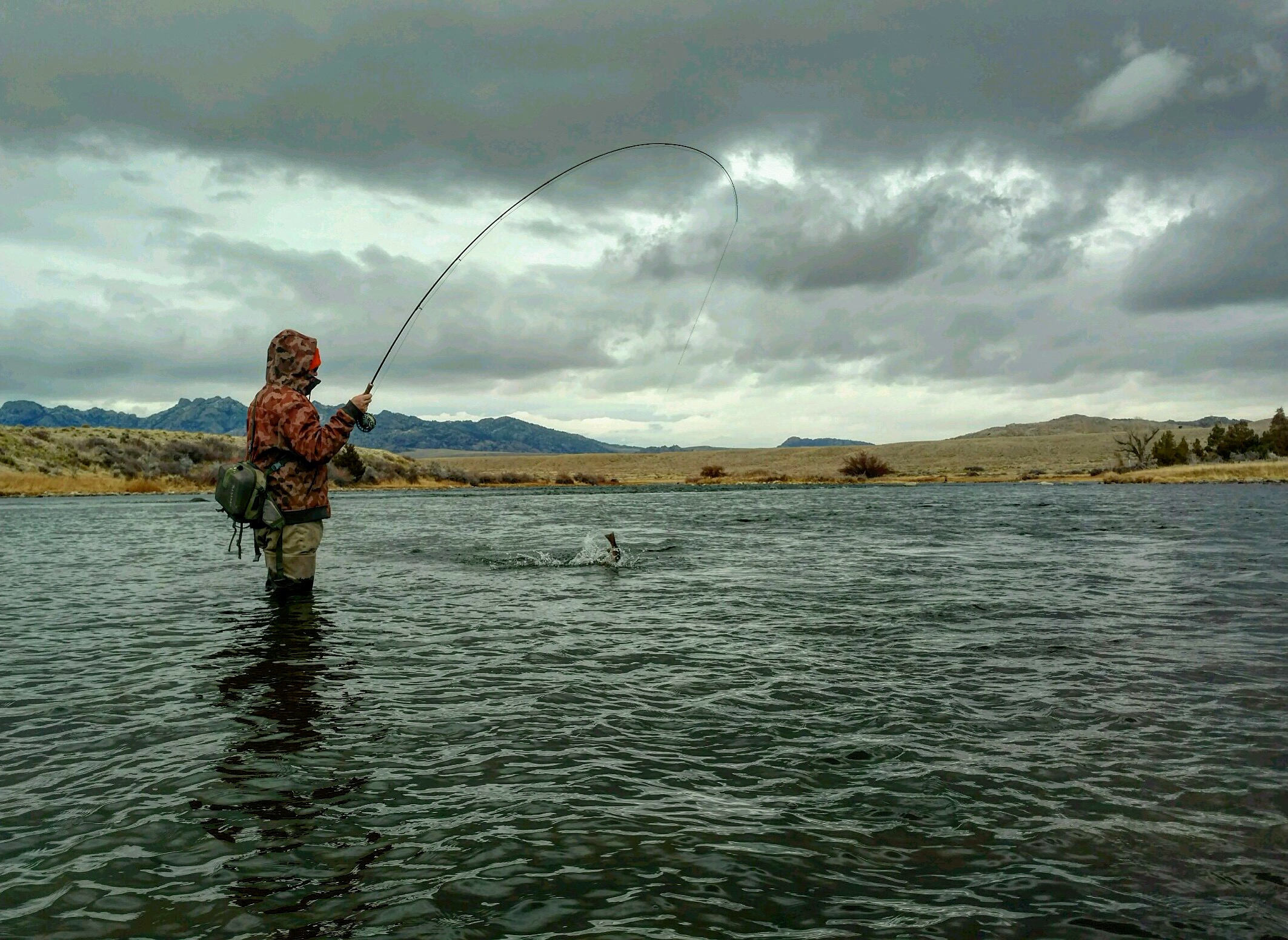