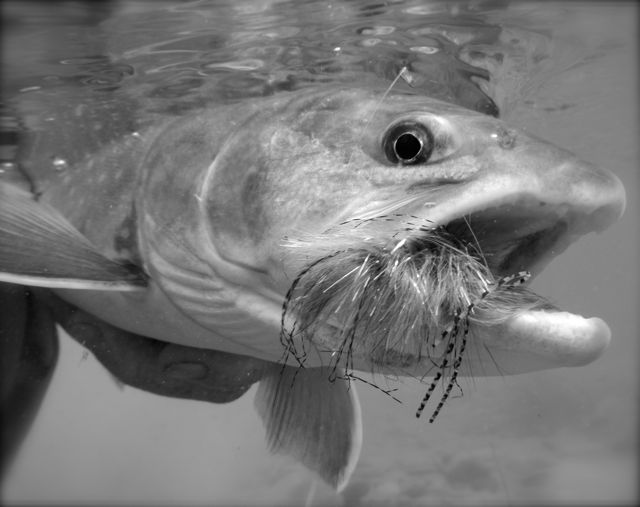 Trout's Fly Fishing was able to field test some new gear. The primary arena was our local water here in Denver but we also decided to cross a few state lines to be thorough and put the reel and rod through the paces.

Before we tell you what we thought of this budget carp rig, know that we took it trout fishing as well.

Here is an excerpt from the Montana backcountry by an anonymous Trout’s Fly Fishing employee:

The fishing had been pretty good. So good, that we decided to throw mice patterns - just to see if we could rile up a West Slope cut throat deep in the Montana back country. Plus, swinging and waking a mouse pattern is just fun - regardless where you are.

I put a Morrish Mouse up on the far bank and gave him a twitch. The poor little mouse slipped helplessly from the bank into the river with a sploosh. It tried to swim toward me with all of its’ might. But that mouse was splashy - and it must have caught the attention of a hungry cut. After a brief swim in the cold glacier water the little mouse was crushed by a West Slope native.

At the next bend my buddy made a similar presentation above a large aqua green hole.

“Holy shXX!” he yelled from upstream.

“Big fish,” he answered. “The thing came out of no where and tried to do a headstand on my mouse. It tried to kill itself.”

This got my interest. ‘No shXX’ I thought to myself as I moved up the bank, hoping to see the next take. He threw the mouse over and over again. He made it skitter and bounce across the water. Nada.

“Somebody ought to throw a streamer in there. Put it down deep,” my buddy said.

Our bush pilot was standing near by and like me, came up to check out the action. I handed him the Redington 7 wt. We had brought it just for this exact situation.

“You want a smaller fly?” I asked.

“Nope. We’re going after a big fish. A big fly should work,” our pilot said.

I couldn’t argue with the logic.

After two tight double hauls, he threw one cast, let it sink... made two strips and the line went tight. After that... all hell broke loose.

Here is the scoop on the demo Redington/Rio Summer Vacation package that just got sent back to the factory:

It was a Redington Torrent 790-4, which retails for $249.95. It’s a foreign-made stick, with a deep glossy green finish. The eyes were wrapped in dark green with gold accents, the cork was light and tight, and the alignment dots were actually properly aligned! No construction flaws were found in the rod – it looked good right out of the tube. The rod, a seven weight, was a nine-footer. It weighs 3.6 ounces.

The Redington Delta 7/8 is the company’s bargain reel in the “designated for seven and eight weights” department, coming in at $219.95. It has a smoke (read: very light grey) finish, with the face, spool and arbor drilled out to the extreme. It is 3.86 inches in diameter, and is spec’d to hold 200 yards of 20# Dacron backing. It weighs in at 7.7 ounces, so the drilling was entirely necessary.

Finally, the rig was matched with a Rio Grand 7wt line. The Grand is Rio’s answer to the Scientific Anglers GPX, roughly a half weight heavier than AFTMA specifications, suited specifically for the faster than average rods that have become the norm on many a water. It’s designed for wind-cutting, long-distance hucking. Measuring in at 100 feet (colored yellow on the running end), it has a 294 grain forty-foot green head. It can be had for $74.95, and was attached to the reel via a loop-to-loop connection to 210 yards of 20lb flouro-orange Dacron

Thoughts from the field

At first the rig felt heavy in the hand, most of which was contributed by the chunky Delta reel, but at under $550 all in there’s not much to complain about here. It felt pretty well-balanced with that fat RIO Grand hanging off the tip, and it was darn easy to sling almost all of that line with only moderate effort (and a little wind at the back).

The rod is rated as fast-action, and its feel very much suits the billing. It is stiff, from tip to butt – a lighter line would probably make casting uncomfortable, if not downright difficult. This is particularly true for short shots, which is much of what it was used for. Paired with the Rio Grand there were no issues from plus 20 feet, except for the few times the line got tangled while being dragged around in the jungle-like conditions often faced while carping. Short shots, however, left something to desire.

Fishing for carp was the primary role of the rig, although it did wind up bringing one big errant trout to hand during (geographically expanded) testing. Most of the time 2X-3X leaders with 3X tippet were used, and that is when the rod showed it’s true grit – it is one heck of a fish fighting tool. It steers big fish easily, and what it seemed to lack in flexibility on cast it made up for by preserving that 3X on fish weighing up into the high teens. The only thing worth watching out for…that first quick burst a big fish makes once it realizes it’s hooked – the tip is just a wee bit too stiff to cover for your slow reaction time. 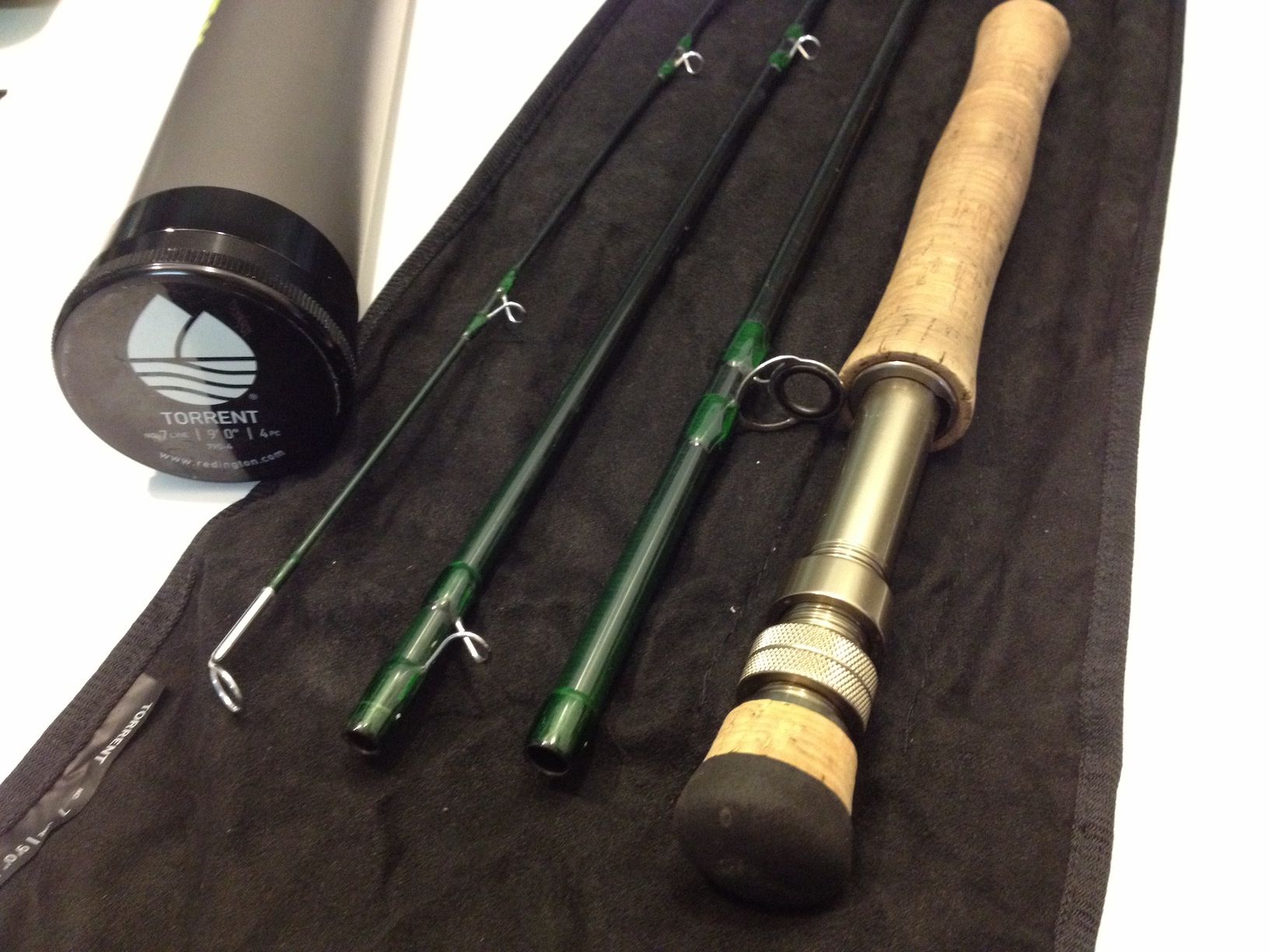 The Delta reel was as simple to use as they come. The spool pops off with a flick of the latch on the front edge of the spindle assembly, and the drag was adjustable across a wide range of tiny clicks. The cork & teflon drag never stuck on the start.

As mentioned earlier, the rig is a tad heavy – fortunately, many anglers don’t pay attention to weight, and the issue here doesn’t take much time to get used to. It does its job without a hassle, and can take a lot of punishment. You are going to break your standard trout rig if you play carp (or bass or pike) with it enough, and many anglers aren’t willing to make a big investment in another rig for warmwater targets. But with the Redington/RIO Summer Vacation Package, no longer do you have to.